Misty Coast have a new video for their wonderful song 'In a Million Years' where the familiar vocals of Linn Frøkedal once again shine against a rich musical backdrop. ==== Anna Krantz has shared 'Blessed Are The Free' along with a video, the song is fast flowing and melodic with hints of Americana. ==== Loaver returns to Beehive Candy with 'Apart' the final single to be taken from her October 30th, debut album 'Fern', and from we've heard so far promises to be a very creative and mixed genre collection. 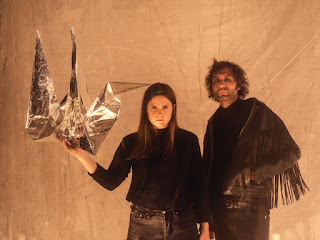 Misty Coast - In a Million Years.

The video tells a sort of four-dimensional sci-fi story that takes place in a common apartment. We see three women interacting in the same spaces without crossing each other's path. Are they all different personalities of the same human being?

Like an intergalactic Kim Deal, vocalist Linn Frøkedal’s reverb and distortion laden vocals are layered over a heavenly backdrop of fuzz, drawing in the listener like a piece of debris into a black hole.

“the song represents a recurring theme on the album, and it lingers in thoughts about whether we should choose to ignore the reality outside of what we experience as our world - or if we should dare to seek a larger, perhaps unpleasant truth." 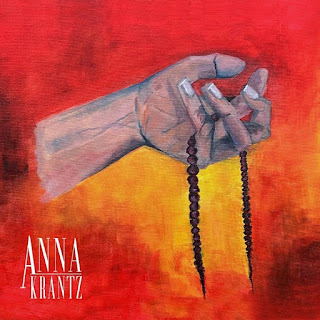 Anna Krantz - Blessed Are The Free.

“Wake up to life in colour, don’t you want it” - Anna Krantz

‘Blessed Are The Free’ is the second song in Krantz’s “New moon new tune” series of releases. Co-written with Jessica Sharman (co-writer of Ward Thomas’s #1 song, Cartwheels) “Blessed Are The free” is an uplifting and relatable offering and follows “We Could Be High” which recently featured on RTE Radio 1’s recommends playlist.

At a time when the world was in a state of uncertainty and relative stillness, Krantz began to reflect on the concept of freedom:

“I wasn’t allowed to fly to London and see my family or show my masked smile to a stranger. I wasn’t allowed to go out for a meal with my boyfriend or grab a coffee with a girlfriend. I wasn’t even allowed to be in the same room with Jessica to write the song. Like everyone else, so much of my freedom had been removed. Yet I felt free in my spirit and happy in my heart. This me made wonder what freedom actually means and how it can be accessed from within as opposed to without.”

After sharing past stories and new insights, Sharman and Krantz created this catchy, uptempo number. Her yearning voice soars high above the track’s bouncy shuffle, creating a whirlwind of emotions set to rouse the heart and fortify the soul.

The self-produced track was played by a number of Krantz’s favourite Nashville musicians and was Mixed by Craig Alvin who mixed and engineered Kacey Musgrave’s multi Grammy winning album, Golden Hour. The perfectly crafted sincere single sets the bar high again with a timeless quality of song writing and a satisfying freshness for the ever- shifting 2020 landscape. 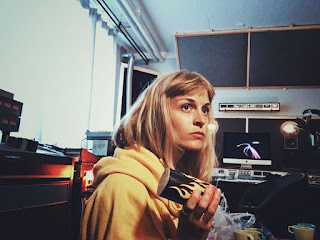 Malmö, Sweden, based singer-songwriter Linnea Hall started her solo project Loaver with a desire to be able to showcase all sides of her experiences and inspirations. On October 30th, debut album 'Fern' is released via Rama Lama Records. 'Apart' is the last single taken from the album and is out now.

Linnea Hall on Apart: "Apart was originally written for the Opera Festival in Brescia, Italy, in 2018. The song plays with an excerpt from Arrigo Boito’s Mephistopheles, why "he" in the end alludes to the rapture or, if one so wishes, the evil in us. Otherwise, the song is mostly a bundle of questions or reflections of the loneliness we share."