Jeen already has a notable legacy in music having started out age sixteen and her brand new song 'Idols' simply demonstrates just how fresh and gorgeous her musical capabilities are. ==== Slow Weather have just shared 'Great White Male' which has all the hallmarks of a timeless UK indie pop song with that extra gritty edge. ==== Girlhood have released 'It Might Take A Woman' where a number of genres come together beautifully and some wonderfully catchy moments cry out for another listen. ==== Wild Pink have a new video and song entitled 'The Shining But Tropical' and it's quickly gaining a whole lot of attention down to the superb nature of this addictive piece.

Jeen started in the music industry busking on Queen West in Toronto at 16. It was there she and her band were scooped up by the Jeff Healey team, and were managed by them for the half decade that followed.

She then dropped her last name and self produced three more solo albums in succession (Tourist, Modern Life, Gift Shop) which garnered regular radio rotation and much deserved attention from the likes of NPR, Billboard and Buzznet to name a few. Her songs have been used extensively in ad campaigns alongside many TV/film placements (MTV, Google, MasterCard, Molson, etc).

Jeen’s latest offering may be her strongest to date. Self-titled and slated for October 9, 2020, Jeen will release a 12-song LP co-produced by herself and Ian Blurton (Change of Heart, C’mon, Future Now). Recorded at Pro Gold in Toronto in 2019, this album features Ian Blurton on lead guitar, Stephan Szczesniak on drums, Ben O’Brien/Brendan Canning on bass, Jeff Heisholt on synths and a cameo by Kevin Fox on strings. Jeen is currently recording her next album. 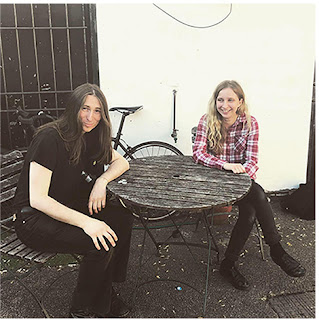 In a time where everyone is looking back at the sounds that defined the blog-age the UK indiepop outfit Slow Weather find this perfect blend of Grandaddy, Gomez, and Badly Drawn Boy and let loose one of the most twisted little earworm potential pop-hits of October titled "Great White Male" off their upcoming EP 'Clean Living' on the Last Night From Glasgow. The track debuted earlier today at the Recoup.

Annie and Chris first met when Annie was providing feature vocals on a Wojtek the Bear track. A big fan of his recording style, Annie then went into the studio with Chris to work on her Spectral EP. The process was extremely fun and organic, leading to talk of writing together for a new project.

After they penned their first song together in four hours, the two knew they’d stumbled across something exciting. The Clean Living EP, due for release later in 2020, was recorded mainly at Hermitage Works Studios in London, with the finishing touches added at Chris‘s home. 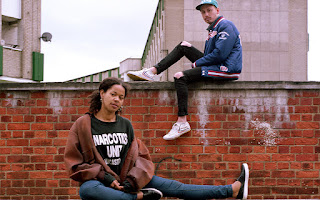 The new single from Girlhood is 'It Might Take a Woman', which is out now. It's the final single to be taken in advance of the band's debut LP which is out October 23 via Team Talk Records.

This new single finds the pair switching the pace again from the slow-burning groove of Queendom finding a sound the brings with it arresting rhythms and 90s house feel; thematically it looks to celebrate and embrace femaleness and what it means to singer in the group, Tessa Cavanna.

To recap quickly, the band drew praise for previous material from the likes of Loud & Quiet, The yourselves at Best Fit, Wonderland, Complex, Clash and more for their Neo-soul, R&B and electronic sound – the pair, made up of Christian Pinchbeck and Tessa Cavanna, racked up quite the gig list with dates opening for Poliça and performing festival sets at Iceland Airwaves, Visions and Latitude.

The band has given their take on the sounds of late 90s/early 00s – Fugees, Avalanches and Neneh Cherry all come to mind – with particular favourites of mine such as ’The Love I Need’ earning support from Huw Stephens on his R1 Introducing show and Lauren Laverne. A key theme that runs through the record is Tessa Cavanna's exploration of womanhood and what it means in all its different forms, it’s a record of “transparency and honesty” and the "need to be loved, heard and understood.” 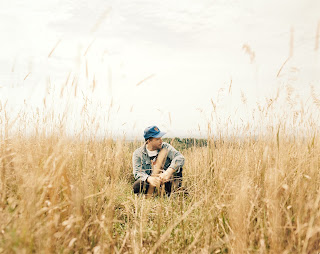 Wild Pink - The Shining But Tropical.

Wild Pink are announcing their new album A Billion Little Lights, alongside their new single and video for "The Shining But Tropical", starring newly-minted Emmy-winner Annie Murphy (Schitt's Creek). The follow up to 2018's breakthrough Yolk In The Fur, which earned an 8.1 from Pitchfork, and garnered high praise from outlets like Stereogum, FADER, NPR, Paste and Uproxx, the album is the band's first record with Toronto-based label Royal Mountain Records, and will be released on February 19th, 2021.

Of the track, Wild Pink's leader John Ross explains: "It was inspired by Carl Sagan’s “Cosmos” as well as “If I Needed You” by Townes Van Zandt, this song is named for a grim retirement home in Florida. It’s about somebody who was born sheltered realizing how large the world is and how unimportant they are. Julia Steiner’s vocal contributions brought the song to fruition, and it was a lot of fun to make. We spent a lot of time focusing on the drums and percussion, using a phone recording of some cicadas in a quieter part towards the end of the song, and I really like all the stuff Dan came up with like the Agogo bells and Rototoms."

Annie Murphy explains a bit more about the video and the setting: "My family has a cabin in the middle of nowhere in rural Ontario that they use as a hunting camp every October. The previous owner was a woman named Mrs. Clark who lived there with her husband and sons in the 1940's. Though she had them as company, they all worked outside of the house, and most of the time she was very much alone, with no electricity and no running water. After many years of isolation and many long, dark winters, she walked into the woods one afternoon and killed herself.

My uncles, who I think would consider themselves "tough guys", have all had at least one strange and spooky encounter in their time at the hunting camp. Would they fully admit to seeing or hearing Mrs. Clark's ghost? No. But I would on their behalf.

This is a video loosely based on Mrs. Clark's story. When the crew set up the camera's for the first shot in the cabin, the monitor screen just showed static. Mike [McLaughlin, director of photography] was truly baffled and insisted he'd never seen this happen before. That's when my Uncle Pat stepped in and called up the stairs "Hi Mrs. Clark. It's me, Patrick. We're here to make a little film about you. It's respectful and nice and is telling your story, so we hope you don't mind". Five seconds later, the monitor started working. Thanks Mrs. Clark, I hope you like what we made!"