Violent Vickie returns with a new video for 'Under the Gun' and once again our favorite Dark Synth-Riot artist is on fabulous form as the song reminds us of just how good her recent album release really is! ===== It's been over a year since Jasmine Rodgers last graced our pages and 'Flies' makes for a welcome return from this talented and creative modern folk artist. ===== Van Plating just released 'Bird on a Wire' and it's a fabulous singer-songwriter piece where her vocals are wonderful and the musical arrangement adds so much more as the layers build. 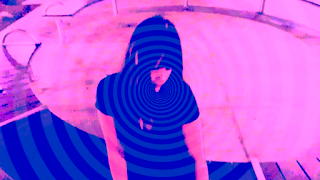 Violent Vickie - Under the Gun.

The video was directed and edited by Nick Pagonakis of Underboss Films and shot in a parking lot in Long Beach, CA by Jennifer Miller.  The song is a seductively cold reaction to the pressure to conform and produce in a capitalist society.

Violent Vickie is a Los Angeles based Dark Synth-Riot artist consisting of Vickie and co-producer/recording guitarist E.  Vickie has toured with Hanin Elias of Atari Teenage Riot and shared the stage with Jessie Evans (The Vanishing), Trans X, Them Are Us Too, Aimon & The Missing Persons.

She has toured the US & Europe and played Insted Fest, Solidarity Fest, Shoutback Fest & Gay Prides and Ladyfests.  Vickie’s tracks have been released by Crunch Pod, Emerald & Doreen Recordings (Berlin), Riot Grrrl Berlin, & LoveCraft Bar (PDX).  Her track "The Wolf“ was featured in a National Organization for Women film and she was interviewed for the documentary “GRRRL”, part of the museum exhibit “Alien She”.  Her LP "Monster Alley” was voted best album by KALX and her tracks have been remixed by 25+ artists.  Vickie's "Division" LP was released on Crunch Pod on September 4. 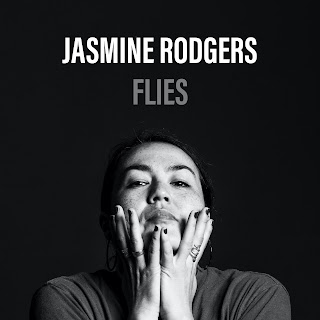 Four years on from the release of her critically acclaimed album Blood Red Sun, Jasmine is back with “Flies”, the first release from her forthcoming EP. The track is set for release on 23rd October.

For anyone that doesn’t already know, Jasmine Rodgers has a rapidly-growing reputation for fusing influences from rock, blues, soul, folk and country into lush musical textures layered with poetic lyrics. Her stripped-back solo shows feature her complex guitar picking styles and intricate vocals, as she shifts effortlessly across her varied musical landscape, from folk to rock.

“Flies” is a lyrical study of survival and mortality and the minutiae of life that signpost hopes and frustrations. Building slowly from its guitar- and vocal-led core, Rodgers gradually and subtly elevates the track through the introduction of piano and layered-reverbs. The latter are used to create the constant ‘buzz’ in the track’s background, with it eventually dying out so that the song’s escalating tension neatly mirrors the message of its lyrical content. In conversation with Jasmine she says:

“People can take life too seriously, but life is so short in the grand scheme of things. But it’s a bit of a double-edged sword, as that is probably why people take it so seriously and make certain choices about the way they want to live”

This track showcases the ethereal beauty of Jasmine’s vocals and is driven by her finger-picked folk guitar technique, unusually deployed in the use of an electric guitar. “Flies” will be released independently on all major digital download and streaming platforms 23rd October 2020. 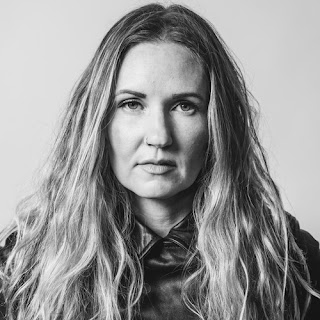 Van Plating - Bird on a Wire.

Van Plating wasn’t sure how her self-titled album would be received in 2019 after a nine-year hiatus from music.

After attending Florida Southern College and majoring in violin and voice, Plating spent her 20s immersed in the indie rock scene, playing violin and singing with her band Pemberly (named after the country estate in Pride & Prejudice). The band was poised for success, receiving warm receptions while on tour with the likes of Copeland, The Postmarks, Matt Pond PA, and Margot & the Nuclear So and So’s. Things were going great — until they weren’t. The band broke up and she decided to take some time off. A year turned into three, which turned into six, and before she knew it nearly a decade had passed.

Plating woke up one day and wasn’t sure where she fit in musically anymore. The music business isn’t known for being kind to women after they reach a certain age — and she no longer had a band to blend in with. She knew if she took another shot at it, she would be front and center, and would rise or fall alone. Either way, she knew she wanted to try again, and cast any fears aside.

Plating recently confessed about 2019’s Van Plating, “A year and a half ago, I thought I was going to write a little acoustic record to give to my friends, but that’s not what it turned out to be at all.” Instead, the album took on a life of its own, blossoming into a collection of songs indebted to the confessional folk tradition whilst embracing forward-thinking pop song structures, harkening to celebrated offerings from Lilith Fair icons like Paula Cole, Aimee Mann, Natalie Merchant, and Shawn Colvin. Plating also dipped her toes into the Americana world with songs like “Standing Still” and “Mountain” — both of which received praise from Americana-focused media outlets.

“I was literally in the studio experimenting and trying things,” she recalls. “Where I landed, which has been really cool, is in that Americana world, which I love a lot. And that just sort of happened organically after the record was released. I had a lot of momentum coming into the spring with a festival booked, and a lot of shows were coming in before they all got canceled, and they were good opportunities.”

It was the reception to her new sound that gave her the confidence to lean into a more singer-songwriter vibe on the songs she’s recorded during quarantine.

“The album I put out last year really helped me find my way,” she affirms. “Now I feel like I don't need anybody else to tell me or help me kind of uncover who I am anymore; I know that I'm a strong singer and a strong songwriter. That record taught me who I am.”