Les Flâneur brand new album 'A Long Season' is simply breathtaking. Comprising of eight rich and creative songs featuring a variety of guest vocalists this really is impressive, touching and engaging music that will appeal to a wide range of music lovers, as it takes us from dream pop moments, through to more dramatic pieces ===== The Sonder Bombs return just a month since we shared 'What Are Friends For?' with another new single entitled 'Crying Is Cool' where the melodic hooks are again everywhere on this refined alt rocker. ===== London-based singer-songwriter Imogen Mahdavi has just released 'Some Things Are Best Over Said' a song that showcases her distinctive falsetto vocals wonderfully, this is one highly addictive track. 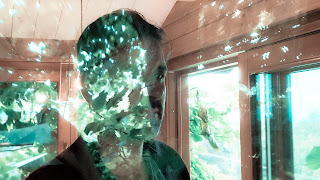 Five years of working, three languages, artists from many different countries, and even Continents. So this album was born, not out of ambitions, but out of a true Flâneur attitude, which led the producer Alex Marchetti to involve friends and singers from Italy, Sweden, Brasil into his project.

Friends and artists who added their talent and voices to the tracks he'd been writing aside his main project, the band Il Disordine delle cose. Some, as Alice Greco, were found by lucky chance, during an evening out with friends at a local gig. Others, as Hanna Turi, played at the house concerts he used to organise in his country house. There are many reasons why this is a relevant album to listen to, right now.

The fluid electronic texture, the sincerity of lyrics, the catchy songwriting. But most of all, this album comes out of people joining souls in music, out of human exhanges, out of travels. In a time when we're all stuck, due to circumstances, it's important to remember how much beauty travels, and encounters, can bring.

Le Flâneur is a dynamic figure: he can sit in a bistro observing the world that flows in front of him, but he is also a tireless walker, covering great distances, travelling random routes. A condition that allows him to observe everything that happens around him, without haste. A kind of involuntary hero, who fights against the approval of costumes and reaffirms his personality. He just wants to save himself.

The project: Les Flâneurs is an idea of producer Alessandro Marchetti, who's also a member of the indie band Il Disordine delle Cose. They released 3 albums (Quite Please, Warner Chapell). The full-lenght "La Giostra" was recorded in Iceland with the sound engineer of Sigur Ros and "In the Right Place" in Scotland in the studio of Mogwai and Belle and Sebastian.

Over those years Alessandro recorded some songs with a different soul, now collected under the name Les Flâneurs, involving collaborations with several artists he met in these years.  The sound ranges between indie, electronic and folk, with a significant use of synths, drum machines and orchestral sections.
He liked the idea of working with different singers, especially girls. It's a sort of collective project, with Alessandro working as "director" as well as producer, in which everyone has brought their talents helping to improve the songs. The songs feature artists from different countries: from Italian Carlot-ta, to Swedish Hanna Turi, to Brazilian Priscila Ribas. There is also a featuring (clearly unauthorized) by Edith Piaf. 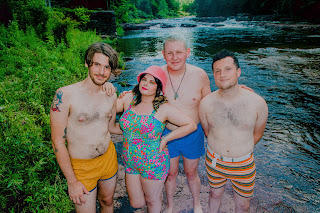 The Sonder Bombs - Crying Is Cool.

Midwesterner upstarts The Sonder Bombs have today announced their new album Clothbound, out January 29th on Big Scary Monsters (UK/EU) and Take This To Heart (US), and share new track / video ‘Crying is Cool’. Produced in Philadelphia during quarantine with Joe Reinhart (Hop Along, Beach Bunny), their new record captures a band burning at both ends.

“Crying is Cool” could be considered a spirited highlight reel of Willow Hawks’ voice—the melody dips into doo-wop cool before it reaches for the rafters. The single is also The Sonder Bombs at their most earnest and educational, teaching listeners of all ages that it’s okay to hole up with your feelings as long as you give them room to grow and bloom. The band operates on a singular syllabus, where feeling is fine, as long as you’re letting yourself feel at all.

“Crying is cool” is all about validation and vulnerability” says lead singer Willow Hawks. “Being there for friends when they need it as well as being cared for. That solidarity is such a beautiful thing and we really wanted to capture the goodness in that with the video! Our director Ben Lieber had the brilliant idea of a weekend cabin getaway with friends which fit so perfectly with the message of the song and then our genius stylists Chlo & Mick just brought the full vision to life! We’re so excited to share “Crying is cool” and this next chapter of The Sonder Bombs with the world!”

For The Sonder Bombs, self-confidence starts when it crosses paths with self-analysis. Their debut defined a new era of socially conscious, unapologetic pop punk. The alt-folk quartet began as a duo in 2016, with Hawks and her writing partner Jimmy Wilkens trading off abrasive and melodic punches against a DIY universe which places gender politics at the bottom of a list of priorities.

Now, the Cleveland quartet have doubled down on their second record. 2018’s debut MODERN FEMALE ROCKSTAR was their first bet: an all-caps attack against a male-dominated scene brandishing a ukulele and dry wit as chosen weapons. A year and some change passed, where their relentless touring ethic and tough love caused a homegrown fan base to explode worldwide. Clothbound, like the title suggests, weaves a different narrative—one of loss, letting go, and losing patience with losers. If the first record introduced unapologetic sensitivity, Clothbound searches for the root causes of other key elements. 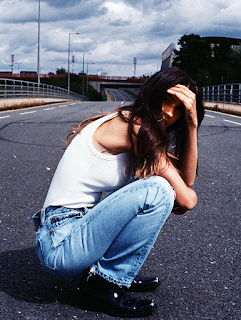 Imogen Mahdavi - Some Things Are Best Over Said.

Imogen Mahdavi is known for her unique and rich vocals, which tell a thousand stories. With a slew of wistful indie-pop releases under her belt, the musician has forged her own path, carving her name with her beautifully introspective creations. Radiating with sincerity and grace, Imogen is unlike anything you’ve heard before.

Inspired by the likes of Joan Baez and Anita Carter, Imogen wanted to reignite the old romance of country songs, whilst simultaneously creating something for people to dance to. “Some Things Are Best Oversaid” narrates wearing your heart on your sleeve, not only romantically, but also with your friends, family and creative passions. The songwriter confides, “Life is short and I am not one to be coy about my love for someone. If you make me happy I want to shout it from the rooftops and show my appreciation. I think we get too fixated on being too much for others, not being cool enough, but there is nothing more dope to me than an honest heart and someone who isn't afraid of being judged for showing it.”

Imogen Mahdavi · Some Things Are Best Over Said