Loaver has now released her debut album 'Fern' from which we have already had the pleasure of sharing three tracks. The full collection is streaming below and has lived up to our hopes and expectations, as Linnea Hall's creative and multi genre musical exploration truly impresses. ===== From Bavaria we have Chris Mayer & The Rockets with 'Autumn Riot' a refreshingly natural and hook filled indie/pop rocker. ===== Ordinary Elephant share 'Let Me Tell You What I Think' a raw sounding and stripped back folk song that simmers with emotion. ===== Berlin-based Dreamadelica rocker Laura Carbone just released 'Who's gonna save you Live at Rockpalast' a track built upon restrained passion and building vocal power, it's one of those songs that will resonate well in a sweaty nightclub or comfortably fill a stadium.

Malmö, Sweden, based singer-songwriter Linnea Hall started her solo project Loaver with a desire to be able to showcase all sides of her experiences and inspirations. This weekend, debut album 'Fern' is released via Rama Lama Records.

Besides Loaver, Linnea Hall is the singer of Swedish experimental indie rock group Kluster B. The band have put out two records since 2018 that besides positive reviews in some of Sweden's biggest music magazines, have received international attention from Line of Best Fit, BBC Radio 6, NBHAP and more, with The Revue calling them one of the most innovative bands in the world as well as opened for Frankie Cosmos, Omni and more. 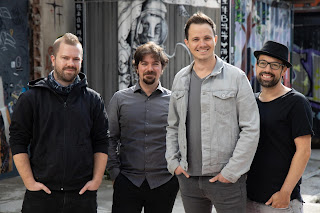 Chris Mayer & the Rockets - the four guys from Bavaria identify with the sound of John Mayer or Coldplay. Right from the start they created their own style. They call it „Feelgood-Blues-Rock“, straight from the heart.

Chris Mayer was on tour before as a singer/songwriter. Amongst others he got radio airplay at one of the biggest German stations „Bayern3“ and also supported the American songwriter Nataly Dawn (Pomplamoose) at the Prinzenbar in Hamburg.

Chris and the Rockets know what makes them so special: each of them comes from another Music-Universe. Progessive Rock, Metal, Indie and Singer/Songwriter merge into „FBR“. Handmade music that gets to the heart – and stays.
Chris Mayer & The Rockets · Autumn Riot 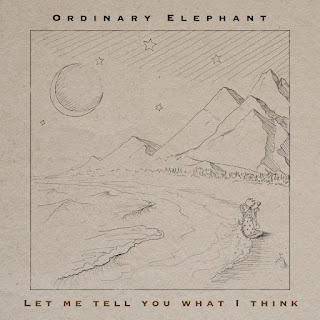 Ordinary Elephant - Let Me Tell You What I Think.

We didn’t sit down with an intention to write this song. It found its way out through a songwriting exercise we sometimes use called the translitic process, which is essentially a way to tap into your subconscious. You start with a piece of poetry in a language foreign to you and the first step is to “translate” it, but not in the traditional sense. You don’t try to guess what the words actually mean, instead you take it line by line and write down what first comes to mind based on how the words look and how you think they sound.

You end up with a page of dream-like stream of consciousness nonsense when taken as a whole, but there are flecks of phrases that shine like a mirror among the mess. And as you work through the drafts, continuing to rewrite one to the next without looking back at previous versions, what’s been in the folds of your mind starts coming into focus. And this time it was the state of our country and our democracy.

The final edits only recently fell into place, and then we felt the call to share this song in a wider way, in hopes of encouraging action that can create change. So we headed to the home studio of our friend Clay Parker whose intuitive artistry and musicianship are at the foundation of his work. In an analog world that he is well-versed in, but is new to us, we tracked straight to tape. No punch-ins, no comping, just the one take that we all felt best actualizes the song. In a time when things feel hidden and pulled apart and pieced together into parallel narratives, it felt good to use such an unbroken and linear process to create something. — Crystal Hariu-Damore

Laura Carbone - Who's gonna save you (Live at Rockpalast).

Berlin-based dreamadelica rocker Laura Carbone premieres the first single “Who’s Gonna Save You” from her forthcoming album Laura Carbone - Live at Rockpalast. The single is accompanied by an alluring video, sonically driven by its taunting, foreboding bass, as a furtive lady in red emerges from the shadows, overlooking her realm. And then the question, “Who’s gonna save you?”

When Laura Carbone and her band kick in with the “Live at Rockpalast” rendition of “Who’s Gonna Save You?” you’d be forgiven for thinking she’s just conjured up a storm that’s long held the world breathless. Switching between the B-&-W grit of her 2019 Rockpalast show and Laura’s other role in the video as the crimson-clad water nymph protecting her natural habitat, the imagery highlights the duality of the artist, as well as the voices that struggle within each of us.

The footage of Laura Carbone in the red dress was shot and directed in September 2020 at Berlin’s Märchenbrunnen, or “Fairytale Fountain,” in Volkspark Friedrichshain by visual artist and Underground Youth drummer Olya Dyer, who comments, “To have this immaculate beauty yet melancholic aftertaste blended with the energy of the live performance is incredible. It's a solitary present mixed with a crowded past.”

A fragility with a thick skin, her toughness genteel, her tenderness endless and her ferocity formidable, Laura sings, “Dear love, you better get some shelter,” and you have to ask, is it caring advice, or a veiled threat? Laura Carbone is both fairy and fury, protective of her core, her integrity, her oasis of calm in a world of spiraling chaos, where the question remains: Who’s gonna save you?

While everyone is missing the experience of attending live performances there’s no better time to witness Laura Carbone’s spellbinding talent, her arresting voice, silver-tongued lyrics, and a penchant for channeling 80s-90s dark wave pop than on her upcoming live performance album Live at Rockpalast.