Kristiane shares 'Wish I Could Be Your Girl' and it's a very catchy indie pop song where the vocals exude fragility and emotion. ===== Earlier this week we featured 'Earthworm' by TANDM and I am pleased to be able to share the full E.P 'Reflections Remastered' with another four gorgeous songs. ===== Karen Bishko video for 'My Name Is Karen' adds a little more to this lyrically brilliant song, there is nothing wrong if your real name is Karen (simply nothing). ===== From Amaunet we have the new song 'All About Us' which is a vibrant and flowing indie rocker, the vocals and rich musical backdrop beautifully spar with each other. Kristiane - Wish I Could Be Your Girl.

Kristiane is an LA-based singer/songwriter who has spent the last few years developing an eccentric, jarring approach to pop/rock. Her new single “Wish I Could Be Your Girl” is out now independently.

“Wish I Could Be Your Girl” is an intimate tale written by Kristiane on the floor of her apartment late one night over our quarantined summer.

“I couldn’t sleep and wanted to call somebody, but convinced myself it would be burdensome. So, I wrote “Should I call / Don’t wanna bother / Am I the deadbeat father never on the way”, and then I picked up my guitar and the track wrote itself”

This song to me isn’t about literally wanting to be somebody’s “girl”, but rather wanting to fit the archetype of the kind of partner that’s easy to be with, uncomplicated. I think as someone who struggles with mental health it’s easy to demonize your emotions, instead of embracing that it’s okay to be someone with a complicated history/emotions” - Kristiane

Kristiane tapped producer Jesse Munsat to bring the track to life the way she dreamed it would sound, pairing fuzzy guitars and dreamy synth pads with Kristiane’s melancholic vocals.

With her quarantine-written debut EP on the way, Kristiane promises more songs a la "Wish I Could Be Your Girl" for early 2021, filled with nostalgia and self-awareness. 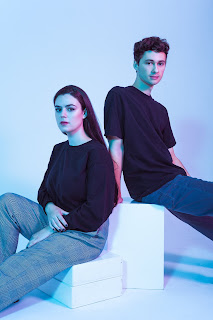 The duo has developed a signature sound marked by Maxine’s silky vocals and catchy reverb-filled guitar riffs, driven by the energy of Thomas’s drum flourishes. From personal pleasures and conflicts to the flaws in society encountered in young adulthood, TANDM's upbeat sounds, vivid narratives and captivating melodies create a bittersweet and memorable experience.

Having recently signed with Popguru Sound & Vision for Worldwide SYNC representation, the band has remastered their five favourite tracks from their two EPs for potential use in film, television, advertisements, and video-games.
TANDM · Reflections (Remastered) 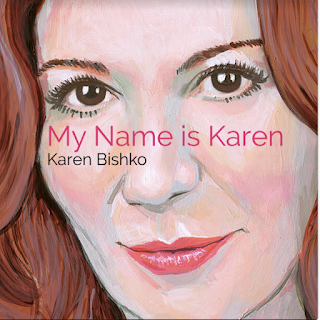 Karen Bishko - My Name Is Karen.

Karen was working as a portrait artist when Gary Kemp and Jess Bailey from Spandau Ballet, heard some songs she had written.

“Jess Bailey and Gary Kemp heard two songs and liked them. They produced them and encouraged me to write more and I became more confident. I got a band together and started gigging. Paul Burger, (ex-President of Sony Music Europe) became my manager. He was the person who encouraged me to write for musical theatre.”

In 2007 she opened for British band Take That at Britain’s largest arena, the London O2.

Seeking a novel way to present her heartfelt songs, in 2009 Karen left for New York to develop her musical, Therapy Rocks. The musical was staged at NYMF 2010 (The New York Musical Theatre Festival) with a cast of five and its performance run not only sold out but was extended.

Karens musical Single was set for a production at The New Wolsey Theatre in the UK in September 2020. It has been postponed until 2021 due to Covid-19. For more information see projects.

Karen was hired to write an 80’s version of the much loved existing show Menopause The Musical which is set for launch in 2021 in the US. For more information see projects. 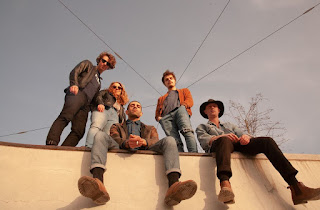 Amaunet - All About Us.

Amaunet are back with their upbeat, dance-worthy single "All About Us"; out everywhere now and taken from their upcoming debut EP, to be released by Lövely Records in November. The single is the perfect upbeat, 90s inspired indie-rock tune with catchy hooks and fast drums.

"All about us" is the last single from Amaunet's upcoming, debut EP. A hopeful, happy track with an energetic beat and 'indie-rock band goes pop' feel. It features catchy choruses, fast drums and roaring guitars - creating a track that makes you want to dance around the kitchen or long for the dim lit dancefloor of your nearest alternative nightclub. The single's released alongside a music video; a homemade video filmed by the band during the pandemic.

The band effortlessly blends melodies and hooks inspired by ‘60s hits with the Britpop swagger & guitar roar of the ‘90s. Amaunet are heavily inspired by bands such as Oasis, The Beatles, The Stone Roses and Kings of Leon, creating their own unique nostalgic sound. Their debut EP "Amaunet" involves a mix of chill indie-rock and faster indie-pop, filled with everything from vocals that are equal parts rough, sweet, and soaring to smooth guitar riffs. The EP is perfect for fans of Kings of Leon, The Vaccines, Oasis and Coldplay.

"All About Us" is out everywhere now. Taken from the band's upcoming EP "Amaunet", released digitally by Lövely Records on November 20.