Silly Boy Blue shared 'Goodbye' last Friday and the attention it's getting is hardly surprising, considering just how blissfully gorgeous the song is. ===== We featured the track 'PDX '97' by Lone Kodiak back in September and they return now with another powerful and hook filled alt rocker called 'Bones'. ===== From Manchester, England we have the second single by Tay Temple which is released today, entitled 'Ladybird' this is a refined folk rock piece that impresses both vocally and through the beautifully arranged musical backdrop.

Silly Boy Blue reveals her brand new single “Goodbye.” Silly Boy Blue (real name, Ana Benabdelkarim) is an indie pop singer from Nantes, France who was recently snapped up by Columbia France. This brand new single follows up Ana’s previous offering - the delicate and hypnotic “Hi, It’s Me Again” - and further develops her signature as an artist who is split beautifully between glam goth, emo and bedroom pop. “Goodbye” shows a poppier side to the young musicians’ talent; Ana’s vocals shine and soar with the yearning lyrics, whilst the production holds a melodic, pulsing beat.

“Goodbye has been written after a breakup. I woke up one day and I finally saw clearly what was happening. I’ve been in a blur since so many days, and then I realized I wasn’t alone, and I wasn’t in love anymore, and I really felt the urge to move on.

That’s the day I was waiting for since the beginning of the breakup.  I needed to put this into a song, it was my day one in the movie ‘500 days of summer’.” - Silly Boy Blue

Silly Boy Blue is a young singer, songwriter, multi-instrumentalist and producer based in Paris, who started her music career in the band Pégase. Ana now embodies her music through her solo work, choosing to name her project “Silly Boy Blue” after the David Bowie song that tells the story about a boy who breaks all the rules. Playing with light and shade, Silly Boy Blue sings teen pop anthems and breakup songs, and has a passion for the 90’s music, movies and style. Silly Boy Blue recently appeared on YouTube channel COLORS, featuring on Isaac Delusion’s show. She has just finished her debut album, which is set for release in 2021. 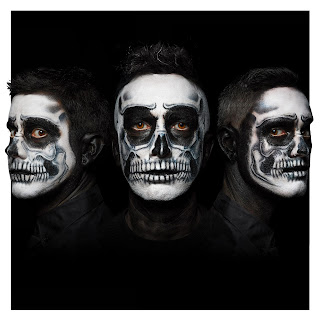 Indie-rock trio Lone Kodiak has released their newest electrifying single, “Bones.” The song delivers a nostalgic message about life, love, and loss that listeners can relate to with sweeping electric guitar, cinematic drums, and haunting vocals. “Bones” is now available to stream and download on digital music platforms worldwide.

The indie-rock trio, composed of Dainéal Parker, Daniel Alden, and Joshua Harris, displays undeniable electric energy that seeps into the song. The somber track, penned by lead singer Dainéal Parker, illustrates a touching, vivid message of life’s fleeting nature. Producer Kyle Mangels perfectly captures the essence of the lyrics and accompanies the vocals with vibrant production. “Bones” prompts listeners to reflect on the finite nature of life and revel in the present moment. With poignant lyrics and layered vocals, it’s clear that Lone Kodiak is making an impact by intimate storytelling sure to bring listeners on an emotional journey.

Parker explains that the process of writing this track was just as mesmerizing as the song itself. "‘Bones’ was a happy, happy accident. We were experimenting with intros for our live set; we took one of our previous songs, slowed it down, and reversed it (which is what you'll hear at the beginning),” Parker explains. “We were totally captivated by this melody we kept hearing, and two hours later, we had a new song. I think our best songs are ones that just kind of come together naturally without a ton of interference from us." “Bones” delivers an emotional and intimate impact that will leave listeners wanting more.

While they now reside in East Los Angeles, Lone Kodiak was established by Dainéal Parker and Daniel Alden in Portland, Oregon, where the pair met as teenagers. Since then, they have consistently produced music that rests on superb storytelling, unique guitar melodies, and unmistakable drums. With the addition of Josh Harris on drums, the band has been fervently writing and recording in preparation for their album release in early 2021. Lone Kodiak’s sound shares a stark resemblance to the bands that have acted as a source of immense inspiration, including Smashing Pumpkins, The Cure, Explosions in the Sky, and Daughter. The group remains a unique, talented group of musicians looking to share their stories with the world. Lone Kodiak has been featured on Buzzfeed, American Songwriter, Pop Matters, Stereogum, PDX Monthly, and played on KROQ, KCRW, KCSN, among others. 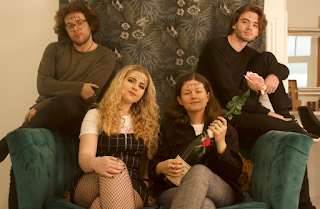 Manchester based Tay Temple aims to empower people by spreading awareness of areas in need of change through her songwriting, while also promoting self confidence and self-belief as that is how music has impacted her life.

With a powerful and impactful vocal that is husky yet mellow, Tay and her band have a soulful folk-rock style that pulls you in with harmonious guitars alongside relatable, personal and socially conscious lyrics. She takes inspiration from the likes of Fleetwood Mac, Avril Lavigne, and The cranberries.

Rianne Thompson, from BBC introducing Radio Tees, described their sound as:
“Folk with a twist of contemporary with elements ofPop and Indie” after hearing their debut single ‘Millennials' which was accompanied by a self-written/directed music video. ‘Ladybird’ is their next single released today November 2nd 2020.

The song depicts the cruel beauty standards of modern society and how women are seen as no more than a pretty picture.