It's been a couple of years since we last shared a song from Lusterlit (time flies and all of that) so it's a big welcome back especially as their new song 'Squealer' is just so good. It's something of a departure from the last song share however it's still something special as the rhythm and vocal passion simmer together wonderfully. ===== Another band serving up some original and creative vibes are Red Spot Rhythm Section who recently shared a couple of imaginative and hook filled tunes, namely 'Hard To Give Thanks' and 'Foundation'. 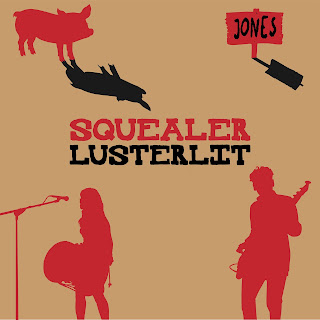 With their songs created for Bushwick Book Club, BBC founder, Susan Hwang and BBC contributor and producer, Charlie Nieland, have joined forces to perform as the new, literature-inspired duo—Lusterlit. Both vocalists and multi-instrumentalists, Charlie and Susan alternate lead vocals and harmonies while supporting each other on guitar, bass, synth, traditional Korean drum and accordion.

Squealer features Marlon Cherry on percussion and was originally performed with him and Wes Spaulding for a Bushwick Book Club / Parsnip Ship collaboration in Long Island City right before elections in 2019. Inspired by George Orwell's ANIMAL FARM - lyrics:

"You do not imagine we pigs
are doing this in selfishness and privilege.
It’s for you day and night we grapple.
It’s for you we drink that milk and eat those apples.
I detest them myself.
Our sole object is preserving our health.
If we fail in our duty and fall flat,
do you know what would happen? Yes, Jones would come back."

You do not want Jones to Come Back.

Are all the revolutions doomed?
The power returning to the few.
Boxer is as good as glue
when you let them lie to you.

Dream of a utopia
trying to hold on to the hope that you
can make the world you want if you avoid the traps.
Can the answer be as simple as that?

You do not want want Jones to come back.
Some animals are more equal than others.

Don’t listen to the pig squeal
telling you the hunger in your belly isn’t real.
Fear and distraction from what you know is true.
He’ll squeal a reality of lies to you.
Who will you listen to.

Chorus
You do not want want Jones to come back.
Some animals are more equal than others.
Four legs good two legs bad... 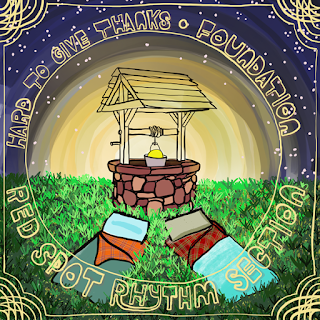 Red Spot Rhythm Section - Hard To Give Thanks / Foundation.

In March of 2020, the Red Spot Rhythm Section went into the studio to begin recording a new two-song single, but unfortunately the studio’s doors had to close - along with most businesses - before the end of the month. Undaunted, the group continued to work with the engineer and guest artists remotely, while recording additional parts at their home.

“Hard To Give Thanks” is a short but rollicking tune with an outlaw-country back-beat and a melancholy message. “Foundation” is a love letter to the future with a jammy feel and world-music overtones. "Hard To Give Thanks" / "Foundation" is a result of the love, effort, and hope of everyone involved.

Red Spot Rhythm Section · Hard To Give Thanks / Foundation