Kai Strauss shares the title song for his forthcoming album 'In My Prime'. Comprising of eleven tracks this is a powerful, high quality collection of stylish blues and blues rock material ===== Grace Gillespie is back with her beautiful, personal and gently melodic song 'The Child' making it appearance number five this year. ===== Rosie Carney is another regular here and long may that continue as she presents another song from Radiohead's 'The Bends album this time we have 'Black Star' where to say she puts her own mark on it is something of an understatement. ===== WeatheredMan and The Noise have released 'Natural Force' and the band serve up some feisty, hook filled rock that has plenty of depth and layers considering there's just two of them. 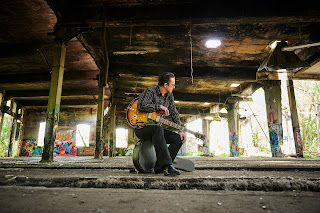 Kai Strauss - In My Prime.

After 25 years on the scene Kai Strauss is no longer “just another guitar player from Europe”. First as musical mastermind in Memo Gonzalez’ Bluescasters and later under his own name, Kai has built himself a reputation of a purveyor of authentic blues traditions. He gets his inspirations from all the great players and does not restrict himself to just one type of blues.

His versatility does not get in the way from consistency in style and quality. And after receiving many awards for his previous releases we dare say that “In My Prime” is yet another step up in his already impressive body of work.

He pays tribute to his musical heroes, mostly from the 70’s giving his own twist to their characteristics and with his ever soul filled voice.

His previous albums have been best sellers in the European blues community and have been lauded with great reviews all over Europe. We did not believe it possible but now are convinced that Kai Strauss and his fabulous band have delivered yet a better album than anything they released to date. The new album In My Prime is due out November 27th 2020. 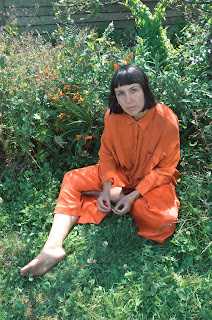 Grace Gillespie is a London-based artist and producer originally from Devon, who spent much of 2017 touring as part of the live line-up for 4AD’s Pixx. In 2019 Grace received PRS’s WMM funding and consequently released her debut EP ‘Pretending,’ which garnered support from the likes of The Line of Best Fit, Clash and Earmilk. This year she has received support from the ‘Help Musicians’ ‘Do it Differently’ award, and is using this to release an EP in the autumn.

Some of her notable live shows include supporting James Morrison at Dingwalls, Camden and headlining the folk stage at Tipping Point festival in Newcastle. Her first two singles found their way onto Spotify’s ‘Fresh Folk’ playlist and received extensive support from Apple Music, appearing on their ‘A-List’ and ‘Best of the Week’ playlists, as well as backing from NME, Crack In The Road and The Wild Honey Pie. Her most recent singles have been playlisted on Spotify’s ‘Fresh Folk’,‘Garden Indie’ & ‘The Lovely Little Playlist’.

She has received radio plays from BBC 6 music as well as being a featured artist on BBC Introducing London. Her early demo of ‘Restoration’ saw her tipped to Q Magazine by Newton Faulkner and brought her to the attention of Kaleidoscope, who worked with her to produce her first solo releases in 2018. Her sound takes influences from the folk, alternative and dream-pop traditions, providing a backdrop to her intriguing vocal melodies, shifting harmonies and introspective lyricism. 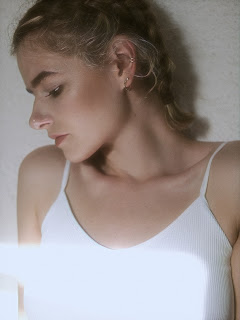 As with "Bones", "Black Star" is shared today as a home-made video shot in Carney's beautiful rural home-county of Donegal, Ireland. "One of my favourite things about this song is the non-sugar coated realness of it", she explains.

"It’s very bleak and sad when you start to realise a relationship is on its way out. I feel like everyone has been in that situation where you just kind of aimlessly fill your day with crap to distract yourself from thinking about someone (even though you are the whole time). Throughout the record I tried to keep as many songs in their original key as possible, but when I started learning Black Star, I wanted it to feel like I was almost talking in the verses, so I purposely lowered it to the point it was nearly uncomfortable for me to sing. The words are so direct and bleak and honest I didn’t want to risk them going unheard."

Tackling a ground-breaking stretch of pop history requires tact and dedication to make it your own. Rosie Carney’s personal connection to the music brings to bear her stunning take of The Bends. Co-produced by Rosie and JMAC (Luz, Haux), the project is a poetic example of things coming full circle - it’s not the first time Carney’s battles have dovetailed with her love of Radiohead. She recalls going to see them as a teenager and having an anxiety attack in the arena. She blacked out and woke up in the first aid room and covering the band has acted a a form of therapy, as, like so many others this year, her original career plans and mental health were derailed by the pandemic. 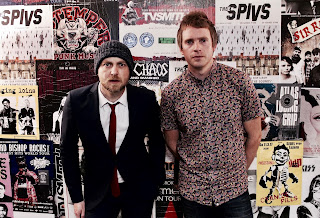 WeatheredMan and The Noise - Natural Force.

Simon Bradshaw (AKA WeatheredMan) is a performer, writer and producer currently working out of a number of studios across the north of England. After many years of various bands and projects, he has accumulated support from all the UK’s premier tastemakers (NME, Q, Mojo, Lamacq, Jo Whiley, Zane Lowe, Peter Hook and his treasured John Peel session), completed mulitiple US and European tours (including 3 trips to SXSW) and has synched songs to films and TV shows such as Snatch and Gossip Girl. Still recording as WeatheredMan, last year his many volumes of varied output were recognised when he was nominated as Best UK Solo Artist and for Best UK Song by the indie bible Pure M (alongside luminaries such as Zayn Malik, Kate Tempest, Adam Ant and Gaz Coombes). As producer he has recently worked with K-Pop all stars “Super M” on their next single due out later this year.

After a successful EP in 2019 (C-30 Duets Vol 1) and a Christmas single, WeatheredMan now presents his 2 piece rock band – WeatheredMan and the Noise –and their new single, “Natural Force”. It’s raw. It’s loud. It’s 2 men who should know better, playing as if their lives depended on it.

WeatheredMan says, “This is a song about finding out that somebody doesn't love you anymore. The sentiment is not of course an original one but my experience certainly was. A brutal unstripping of everything I thought I knew. I mean let's face it...I'm going to write a few more like this...

Musically it's a 2 piece rock band playing as if their lives depended on it. Recorded pretty much live and in the room. It doesn't mess around.”