Michaela Bekenn recently released 'The Earth Has Music' and thankfully it came our way this week. The Toronto based artist has a multitude of skills which include creating intimate, refined and beautifully arranged singer songwriter pieces, as this track amply demonstrates. ===== Chicago singer-songwriter AJ Rosales has shared 'If Not Today'. AJ has drawn a number of impressive comparisons and his music is hard to pin down into any one genre, more importantly though this is one powerful and irresistible song. ===== We are also just catching up on Muca & La Marquise who released 'October Blues' unsurprisingly at the end of October. The vocals are quite stunning as is the sumptuous bluesy musical backdrop, there's shades of Jeff Buckley but come on, surely nobody can complain about that. 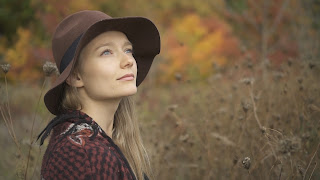 Michaela Bekenn - The Earth Has Music.

Michaela Bekenn is a Toronto-based interdisciplinary singer-songwriter, sound therapy & yoga practitioner, dancer, and storyteller. She was steeped in the arts from a young age, growing up within the Shaw Festival Theatre community where she spent two seasons as an actor. Telling stories through song, movement, and spoken word has been a guiding force in Michaela’s work and daily practice.

Michaela currently serves a wide variety of demographics as a sound therapy practitioner, yoga teacher, meditation facilitator, and arts educator with youth. She has offered sound baths and performed at major festivals such as Download Music Festival (England) and Electric Picnic (Ireland).

Michaela has had years of training in vocal technique and musical storytelling, and often captivates listeners with her raw and honest sound. As a songwriter, Michaela’s intention is to share music that is both enlivening and grounding for the listener, which encourages self reflection and community connection. 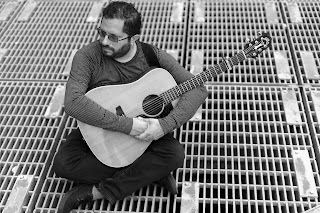 AJ Rosales - If Not Today.

Chicago singer-songwriter AJ Rosales just released the single "If Not Today." Recorded and mixed by Doug McBride at Gravity Studios, Chicago and mastered by Oli Morgan at Abbey Road Studios, London it will be featured on Rosales's fifth studio album Manifestations, set to be released on Friday, Nov 27.

This collection of tracks is over two years in the making and his live performances of the songs have been eliciting enthusiasm from a diverse fan-base. His previous releases Ultramarine, Resistor, The Earth and Shoal EP, and Daughter Product (Fatigue) have garnered college and mainstream radio airplay and have impressed critics, leading to shows across the US.

His style is not easy to classify, perhaps "progressive acoustic" is the best term, but he has been compared to Pete Townshend for his rhythmic approach, to Cat Stevens for his emotive delivery, to Robert Fripp for his experimental explorations, to Bob Mould for his expressiveness, and to Nick Drake for his soulfulness. Ultimately, he delivers his own unique hybrid sound, blending multiple genres into a cohesive and modern sensibility that sounds like "AJ."

AJ Rosales, who has been playing guitar since his mid-teens, has opened for the international touring acts Vertical Horizon and Modern English and one of his previous singles, "Sweetest Thing" (from the 1999 EP Earth and Shoal), was included on CMJ's Certain Damage CD and was featured on WBEZ in Chicago. The title track from his 2004 album Resistor received airplay on WXRT and won glowing reviews from the Illinois Entertainer, Americana UK and Left of the Dial. 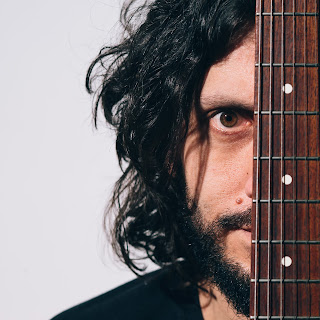 Following the release of their previous singles, London and Blue Moon Bossa, which gained the attention of industry heavyweights such as Roberto Menescal and Will Gompertz, Muca & La Marquise return with a Bluesy Ballard, 'October Blues'.

Imagine, for five minutes, being able to lose yourself to a female Jeff Buckley singing on a 'Since I've Been Loving You' style ballad with a Gilmour inspired guitar solo.

If you can do that, you've got what Muca & La Marquise are all about.

For this time, Muca teamed up with Tiago Judas, a painter/illustrator, who had his comic 'The Liquid Mystery and The Solid Fatality' brought to life in an animated video for the track which was filmed by Tom Casey and edited by Luan Pali.

A full album is expected by the first semester of 2021.