THE MOORS have released their debut E.P '15 Minutes'. Comprising of seven songs this is a refreshing mixture of old school indie rock and new wave, expect plenty of hooks as the band serve up 15 minutes of high octane and addictive music. ===== Deidre & the Dark has just released 'Can't Believe You're Mine'  the folk singer songwriter's new and short song is beautifully melodic and her gorgeous vocals are put simply, captivating. ===== Swedish psychedelic rock band Phogg share 'Mon Ami' which is both notably original and intriguing and at just over two minutes duration it's over in a flash and for me, impulsively needing another listen. ===== Whilst we are in Sweden the duo POOLS new release 'Walk' is definitely worth featuring. This is highly creative and original music which mixes Americana and Gospel vocals with so much atmosphere it's quite breathtaking. Those who remember the Swedes Please blog which sadly closed down in 2009 might be taken back in time with Phogg and POOLS who would have perfectly fitted in there. 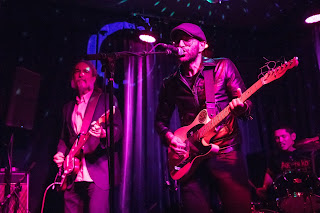 THE MOORS just released their debut EP, "15 Minutes.”   It’s  the music in that fever dream you once had---where you’re hanging out with Paul Westerberg and Alex Chilton while Joan Jett and Ric Ocasek are out back shooting pool, smoking cigarettes and watching the ’87 World Series in an old Bowery flophouse. Finally, Westerberg pulls a cassette from his pocket, looks at you, and says, “I gotta play you this.”

Written and recorded during the global pandemic, “15 Minutes” clocks in at about 14:55.  The record was produced by JP Bowersock (The Strokes, Julian Casablancas, Ryan Adams and the Cardinals, Norah Jones, Zerobridge) Front man and songwriter Din says, "I didn't want to waste anyone's time with the tunes. Our mantra was 'don't bore us, get to the chorus.'  We recorded everything live, and when things really got bad with the lockdown, we worked remotely. This record could only have been made in New York, and its sound and attitude hopefully reflect that---celebrating the City, while also trying to provide some hope, solidarity, and maybe even a little insight and levity during such a tumultuous time."

Formed in 2018, THE MOORS is comprised of lead singer, rhythm guitarist, and songwriter Din (Mubashir Mohi-ud-Din) and lead guitarist, producer, "consigliere" JP Bowersock, both of whom were previously in the band Zerobridge.  Din, who was born in the UK and whose family immigrated to the US from the disputed region of Kashmir, eventually settled in the Lower East Side of Manhattan. After a chance encounter between Din and JP at the Delancey/Essex subway stop, a close friendship and musical comradery ensued. Joined by a supporting cast of seasoned NYC musicians, THE MOORS ethos is simple: just give 'em good tunes, and keep it New York AF. 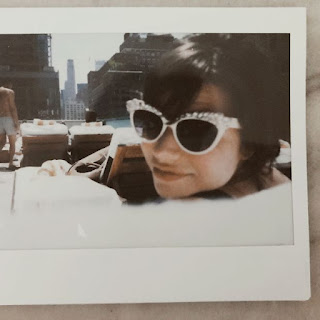 Deidre & the Dark - Can't Believe You're Mine.

Brooklyn-based artist Deidre & the Dark is sharing a new single, "Can't Believe You're Mine," off of the soundtrack for the documentary Record Safari.

Deidre & the Dark is a cinematic, technicolor world of music conceived by Brooklyn-based songwriter, vocalist & instrumentalist Deidre Muro (founder and former frontwoman of Savoir Adore). With her distinctive voice, she seamlessly blends her love for 60s pop with cinematic arrangements and touches psychedelic and electronic production, resulting in songs that feel like modern classics.

The latest single “Can’t Believe You’re Mine” has just made its first appearance on a limited vinyl release for Record Store Day (10/24/20). It is an exclusive track on the vinyl soundtrack for Record Safari, an upcoming documentary that follows record collector/addict Alex Rodriguez across America as he discovers and curates vinyl for Coachella’s on-site record store, buying records and swapping stories with some of the industry’s most knowledgeable enthusiasts along the way.

“I’ve known Alex Rodriguez since 2012 when he pressed a vinyl 7” single of my song “Classic Girl,” shares Muro. "So when he was working on the film and looking for music, I was psyched to share some of my newer, unreleased ideas with him. “Can’t Believe You’re Mine” was an unfinished demo at the time, but overnight the song seemed to finish itself, largely inspired by just having had my son. Considering he is such a music collector, I was really honored that Alex was so enthusiastic to use it in the soundtrack, along with a few of my other songs.”

“Can’t Believe You’re Mine” is the first single since Deidre & the Dark’s 2019 debut album Variety Hour - "an album that's so lovingly crafted" (Shindig!) of “nostalgic noir-pop enhanced by modern stereophonics” (Culture Collide) and “...that delivers the kinds of hooks and euphoria found only in the very best pop records.” (WFMU, Sheila B)
Deidre & the Dark · Can't Believe You're Mine 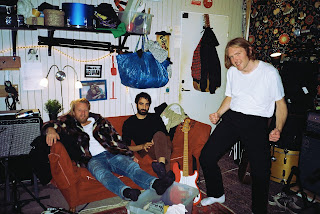 The Swedish psychedelic rock wonder Phogg is back with a new album. An album sprung out of a pandemic, 30-year crisis and heartbreak. Today we see the release of the first single "PP" with a gorgeous music video.

The year 2020 has not been easy for anyone and Phogg is no exception.

“What does it really mean to be a rock band these days? Does anything even matter? The legendary days of rock have faded into the ruthless fart of the pandemic-era. It's not fun to make songs about the end times when you are in the middle of it.”

In September 2019, Phogg's second album "Mofeto: Mashine Adamkosh" was released, an album "about robots that take over the world" which was well received and praised in Sweden and internationally. After the cheers of "Mofeto", Phogg took on the challenge of recording two albums at the same time. The goal was to work on these albums in parallel and release them at the same time.

Recording two albums at the same time would prove to be an extremely bad decision and the band was burning out mentally. For a time they floated around with neither direction nor goal, just waiting for their instincts to come to life again. 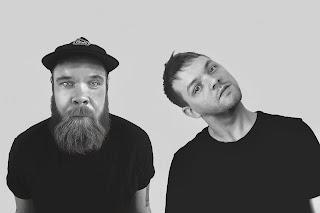 Swedish duo POOLS’ debut record is a collection of affecting, haunting lullabies. The band is the collective vision of multi-instrumentalist Fredrik Forell and singer Arvid Hällagård. Reminiscent of bands like The National and The Tallest Man On Earth, the pair combine Americana, Folk and even Gospel to create something unique.

There are echoes of the pair’s previous life as electro-pop outfit WYRES, with elements of electronic noise and creative production adding twists and turns to the recordings.

Arvid was going through a divorce as the theme of the album took shape. This theme of loss and rumination is evident on upcoming single ‘Walk’.

He explains the track is “a reflection of the emotions I’ve gone through and how I’m trying to move on. All the ache described in pictures and a cry for help. How you sometimes need something higher to hold your hand when it feels like your life is over.”

POOLS is a departure from another life in more ways than one for Arvid, also of successful stoner rock band Greenleaf, the arrangements might be a little more delicate, but the artistic intensity remains the same.