Emma Miller first came our way just over a month back with 'Sail Away' a track taken from her new E.P 'Set Me Down' which we have the pleasure of sharing in full below. Comprising of five songs this is truly beautiful music from a clearly talented folk singer songwriter. ===== Jessy Yasmeen latest single 'Forbidden Fruits' is taken from her new three track E.P 'Dreams' where each original song simmers with personal and genuine emotion. ===== Nico Ev new release is 'Floating Free' an exquisite singer songwriter piece with refined and natural vocals set against a melodic backdrop. ===== From Kate Davis we have her brand new single 'Oh No' and the artist serves up a mixture of refrained and punchy indie rock as this gorgeous song twists and turns. ===== Plants and Animals have shared a video for 'The Jungle' taken from their fifth studio album of the same name, opening with drum lead rhythms and bass licks the song builds layers of sound and superb hooks. ===== Julia Bardo shared It’s Okay (To Not Be Okay) a couple of days back, the song has been described as "a contemplative song about survival, self-acceptance and positivity," it's also one impressive indie rocker. 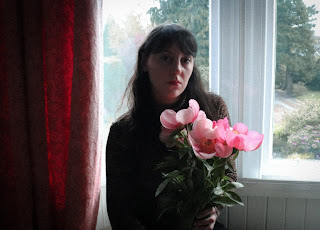 Set Me Down, the second EP from Elgin, Scotland based singer Emma Miller follows the beautiful pattern raised from singles ‘Honey’ and ‘Sail Away’, sharing songs about heartache and letting go, while also representing the artist’s own small musical liberation, allowing all her imperfections and contradictions to be on show.

The songs truly represent an arc in Emma’s songwriting: bridging the organic and more produced sounds, into soft electronics and back to stripped down piano and vocals. Emma has been finding her voice over the last three years and doesn’t shy away from sharing that process here.

“Although the majority of the music was written and recorded in London, I wrote ‘Low Light’ at home in Scotland fairly recently, and it seemed to embody a lot of the theme of Set Me Down. It’s another song about letting go and returning to the small everydayness of life, and finding peace there.

"I wrote ‘Set Me Down’ nearly two years ago when I was feeling particularly overwhelmed by the music industry and all that that entails. It has quite a literal meaning really, I wanted to be wrapped up in cotton wool and gently set down, away from the hubbub and franticness of London.

“Funnily enough, a year later that’s just what happened. I left London, dropped the pretence of my music having to pay the bills and came back home to the north east of Scotland. Listening to the song now, it’s like hearing a small piece of my life being played out, things have come full circle in a way and I get a strong sense of peace from that."

Releasing music since 2017, Emma has taken a noticeable step back over the past 2 years. Instead, as she quietly watched and supported her peers to  find success in their own musical projects, she chose to diligently focus on her songwriting and began working on a body of music she could be proud of.

Like many artists and songwriters who’ve found themselves jaded by the music industry, it  wasn’t until Emma let go of the idea that music had to pay the bills that she fell head over  heels in love with it. Today, amongst other things, (such as roaming the Scottish hillsides and looking after her dog, Gracie) Emma is pursuing a Diploma in Counselling Psychology, supporting people in the quest to navigate their mental health.

emma miller · Set Me Down 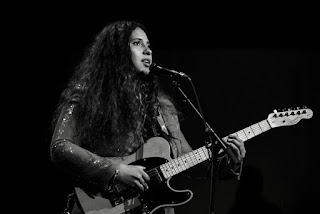 With both Dutch and South American roots, Jessy Yasmeen brings the best of both worlds. Her dreamy indie folkpop is inspired by acts such as Ben Howard, Bon Iver and Matt Corby. With her songs she wants to challenge listeners to be vulnerable and to help conquer personal battles like fear and desire.

After her EP 'Isolation Tapes', her new EP 'Dreams' opens with a long version of the eponymous single which was released this spring, her latest single 'Forbidden Fruits', and new track 'No Man Is An Island'.

Jessy about the story behind the Dreams EP/trilogy: "Society, and often upbringing and education, all steer you in the direction to walk the beaten path. Go to school, study and then the white-picket-fence life. But when do you really learn to think outside the box, or big? And if you already think big, are you brave enough to say it out loud? And to chase your dreams? The assurance that you presumably get when you graduate, you cannot achieve with a dream. You only get the approval of your surroundings when you have already achieved it. And in the time prior to that you can feel misunderstood and alone.

With this EP I want to invite people to just go for it and chase your dreams. Better the "oops" than the "what if". No one else can walk your path of life for you. That is actually pretty cool, right? You can shape your life the way you want!"

Over the past three years, Jessy Yasmeen played more than 80 shows on stages in The Netherlands and Germany. Last year her debut EP saw the light of day, she won a big Dutch music award, 'Grote Prijs van Rotterdam' (category: singer-songwriter), and earned nominations for the Rotterdam Music Awards (categories: ‘the promise’ and ‘best track’). Despite all ongoing restrictions these days she is dedicated to perform at local live shows as much as possible! 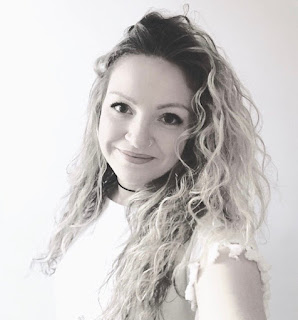 Background from Nico - Based in Glasgow, I started writing and composing at the age of six.  Over the last few years, I have carved out my place in the Glasgow music scene, through hosting regular music nights across the city and providing a platform for other local talented singer-songwriters to showcase their original material.

Unable to perform live due to current restrictions, I have concentrated on live streaming and recording my debut EP which has new brought me many new fans,  increased media attention and radio play throughout the UK, Europe and the USA.

Floating Free is the second track from the EP HUNTER, due for release this December. 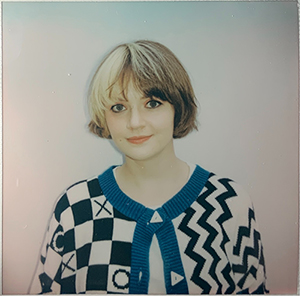 Strange Boy is a cover album of Daniel Johnston's Retired Boxer and we've been lucky enough to team up with DJ's charity the Hi How Are You Project for the release, with a portion of the proceeds from sales/streaming going to the charity.

As part of this partnership, Kate was part of the Hi How Are You Mental Health Day Fundraiser and performed over livestream with Jeff Tweedy, Bully, Molly Burch, Lucius, Tunde Adebimpe (of TV on the Radio) and a bunch of others. 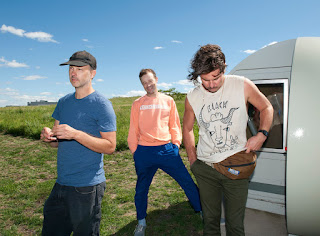 Plants and Animals - The Jungle.

Plants and Animals released a new music video for the title song “The Jungle,” off their critically acclaimed fifth studio album out now on Secret City Records.

“This song grew out of the ashes of one that we had recorded for the previous record but didn’t ultimately make the cut," stated the band. "Nic, who had sparked the song in the first place way back when, wanted to try to salvage some of the parts and give it another shot—the chord changes and the “yeah yeah yeahs” at least, which were inspired by Jorge Ben and the band’s eternal love for Brazilian music.”

The animated video was directed by Yann-Manuel Hernandez, who also directed the “Le Queens” and “Love That Boy” music videos.

“The Jungle” starts with electronic drums that sound like insects at night. A whole universe comes alive in the dark. It’s beautiful, complex and unsettling. Systematic and chaotic. All instinct, no plan. Every song is such a landscape. They are personal experiences made in a volatile world, and they reflect that world right back at us, even by accident. There’s one song Nic sings to his teenage son who was dealing with climate change anxiety and drifting into uncharted independence. The band carries it out slowly together into a sweet blue horizon. Warren wrote the words to another shortly after losing his father. It’s about the things we inherit not necessarily being the things we want. In a broader sense, that’s where a lot of people find themselves right now.

Plants and Animals is an iconic Montreal-based trio that began playing together as kids and emerged on the international scene in 2008 with “Parc Avenue.” The band has developed a varied cult following ever since, built on the shoulders of their self-produced records and their intense live shows. 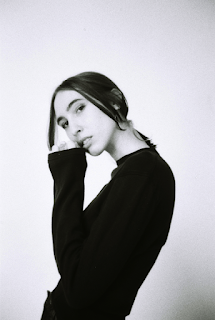 Manchester-via-Italy singer, songwriter and guitarist Julia Bardo has shared new single and video It’s Okay (To Not Be Okay), which follows her recently released covers EP The Raw via Wichita Recordings.

Strangely fitting to current events, It’s Okay (To Not Be Okay) is a contemplative song about survival, self-acceptance and positivity; it’s a song for everyone. The video, directed by Hannah Cobb, is raw and introspective with 90’s retro-tinged visuals starring Julia herself. She says;

“The video is inspired by Video Art, hence why we used a television. I imagined it being in an art gallery and having images and shots that show my natural self, doing spontaneous things following the music.”

Julia recently released The Raw EP, which followed the release of her Phase EP earlier this year. Through its 3 tracks, it marked a further experimentation in Julia’s wistful and mysterious sound, explored through a host of unexpected influential artists, including LCD Soundsystem, Silver Jews and Fleetwood Mac, with lead track Only Over You.

Julia Bardo’s musical journey began in Brescia in Northern Italy, where she sang and wrote lyrics for a local band between shifts at her father’s bar. A free spirit craving new inspiration, she relocated to Manchester and it was here she developed her striking style as a solo musician before also meeting and joining post-punk band Working Men’s Club. Never losing her strong desire to have full creative control over her music, she returned to become a solo artist again, and her first two EPs are just the start of what is yet to come, as she continues the evolution of her sound through every new release.

With her candidly open lyrics illustrating her world through journal-like observations and poetic visions, Julia Bardo is a special talent and an authentic and curious alternative pop star in the making.