Rob Kovacs is an indie rock pianist and singer-songwriter whose latest song 'Here in the Future' has just been shared. Unsurprisingly the music is centered around a piano arrangement that in itself is impressive, add in the other instruments, the melody and Rob's dreamy vocals and we have an outstanding song. ===== Helsinki, Finland pair Pearly Drops have just released their debut album along with a video for the title track 'Call For Help'. A smooth flowing and rhythmic track with beautifully embedded vocals, this is a highly addictive song. ===== Samana were featured a couple of times in September and it's great to have them back with a song and video entitled 'Live For The Road'. Once again we can indulge in some heartfelt and beautiful music, the vocals and harmonies just pour out, and are backed with a gorgeous musical soundtrack.

Rob Kovacs - Here in the Future.

Indie rock pianist and singer-songwriter, Rob Kovacs, has released his debut solo single, “Here In The Future.” “A song of frustration, pain and anger, loss and rejection,” “Here in the Future” is about the end of a relationship, and wondering how you’ll feel years from now, Kovacs explains. “Everything we had was discarded. All that could have been, has been erased. Will I always feel the same? Will the love ever dissipate? Will I have regretted this? Will she regret her choices?”

A multi-faceted talent who embraces his inner nerd, Kovacs’ works have ranged from daring classical feats and compositions to recreations of music from video games to vulnerable originals. He has a storied history of bands, monikers, and awards and recognition, but is now taking a step into original music under his own name. “Every job I’ve taken, every gig I’ve done, every song I’ve written, every project I’ve been a part of, has helped me grow as a musician, composer, songwriter and performer, but now I'm ready to use my own name,” he explains of the decision to step out as a solo artist. “I can't hide behind it and distance myself from it if I decide I don't like it later, I can't change it down the road. In a way, it’s a commitment to myself. The music I write is a reflection of me.”

Growing up, Kovacs was inspired by his older sister to learn the piano. He wrote his first song at the age of 10, recorded his first piano album in 7th grade to give to friends, and has been making music ever since. While studying piano on scholarship at Baldwin-Wallace University, Kovacs became the first pianist to perform both parts of Steve Reich’s Piano Phase, simultaneously using two pianos to accomplish the feat. He moved forward with classical compositions, won awards for film scores, and found some of his first successes with a band in Return of Simple. Since then, Kovacs has found success as a film score composer and sound designer for video games. Under the moniker 88bit, he records and performs note-for-note piano arrangements of Nintendo soundtracks.

With “Here In The Future,” Rob Kovacs establishes himself as a true master of his instrument and a writer who is able to wield the language of music fluently.

Rob Kovacs · Here in the Future 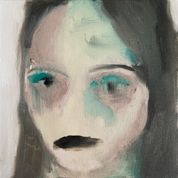 Crafting soul-stirring pop dirges all the way from Helsinki, Pearly Drops is the moniker for Sandra Tervonen and Juuso Malin. The Finnish outfit have just released their debut album Call For Help.

Concocting succinct compositional methods with dynamic synths and percussion; Pearly Drops have honed their musical talent to create a sound in which they hope will keep the internal desires alive and the implausible away.

Its title track is an entrancing, I instantly memorable yet slightly abrasive pop tune that has all the trappings any Grimes fan will love. The band tells us "For us ‘Call For Help’ is the key track to set the boldly sore tone of the full album. For us, it’s as if the narrative and the song itself couldn’t decide whether to be happy or not, to be pop or not, to stay or to vanish - it just needs your final attention. Musically it's an ode to the new wave and post-punk of the late 70s and the 80s”

Recent single ‘Make Water’ weaves through jarring synths within a sombre landscape to create a beautifully serene backdrop for Sandra’s vocals. An impression of a tortuous emotional state, illustrating something that might be ambiguous for the mind but recognizable for the heart.

Although Pearly Drops are a new act to land on the horizon, Sandra and Juuso are experts in the music field, having run the Helsinki-based FEF Corp. label. Their music as Femme En Fourrure has been recognised from the likes of The Fader, Wonderland Magazine and Nylon; as well as being picked for BBC Radio 1’s Essential Mixes.

The pair have also worked with well-respected artists including ALMA, Nightwave and Inga Copeland. Their productional work for other artists has been awarded with golden records and one of the biggest art prizes in the Nordic countries, the Teosto Prize by the Finnish Composers' Copyright Society. 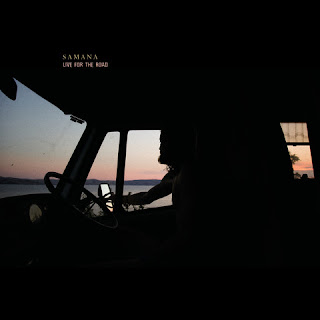 Samana - Live For The Road.

With multiple plays on BBC 6Music from Elbow frontman Guy Garvey, alongside plays on BBC Introducing and Radio X, Wales-based duo Samana follow the October release of their ‘The Spirit Moving’ EP with new single ‘Live For The Road’.

Self-produced, recorded and mixed whilst holed-up in a remote part of France and the world was locked down earlier in the year, ‘Live For The Road’ is a song of celebration. The band explain "It reconciles the power of freedom, the power of instincts, the power of fate and of decision. It speaks of life as a path; a dream, an open road. It recognizes the importance of the present moment and the realisation of the journey. To believe, is to radiate the will of truth and honesty, never to fade”.

The video for ‘Live For The Road’ is a montage of footage taken from the band’s year long voyage through the breadth of Europe. It in fact captures the beginnings of Samana as a band... writing in the wilderness of nature and performing on the streets of every town and village they passed developed into a way of life that they continue to live to this day.

Having recently received support from the Arts Council Of Wales, “Live For The Road” is the first track from the 2nd EP in a new series of releases by the band.