Another Sky return for a third time this year with another gorgeous song entitled 'Sun Seeker'. The band have garnered plenty of attention and the latest song demonstrates why, it's beauty lies in the subtle and intricately arranged musical backdrop that grows with intensity and the fabulous vocals that add breathtaking emotion. ===== Is there a finer artists name than Petunia-Liebling MacPumpkin possibly, but that's not really the point when you take the delicious song and video for 'The Marionettes' into account. It's the ninth video from her second album so lovers of creative and "out there" music have plenty of catching up to do, well I have anyway!  ===== Charlie Nieland has appeared on Beehive Candy a few times as one half of Lusterlit and it's a real pleasure to share the title track for his forthcoming album 'Divisions' which is one hundred percent impressive. ===== Whizz Bomb (Paul Wishart) has released 'All I Want Is You'. From the outset his vocals are just so rich and wonderful as they add intensity and genuine feeling to the song, the musical arrangement adds even more, this is one rather special song. 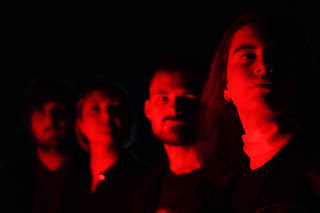 On the first day of 2021, Another Sky will release their latest body of work, an EP entitled Music For Winter Vol. I. Today, the band released the second single “Sun Seeker.” “Lyrically, ‘Sun Seeker’ is about being the only one who can say who you are,” vocalist and lyricist Catrin Vincent says. “It’s also about letting things self-destruct and then rebuilding. Someone once said they’d tell me when to quit music. This is me saying, I say who I am and I say when I’m done.”

Having confidently stepped into the spotlight with their performance of ”Chillers” on ‘Later… with Jools Holland,' Another Sky has earned praise from Paste, Under the Radar, The FADER, and NPR Music, who invited them in for a Tiny Desk Concert earlier this year. Front woman Catrin wryly credits some of their early success to the fact her distinctive, haunting vocals are frequently mistaken for those of a male singer. “People say I sound like a man - maybe that means they’ll listen.”

On how Music For Winter Vol. I came together, Vincent explains, "some songs are old, some are new, all are entirely collaborative. After being kept apart because of the lockdown and writing a bunch of our second album separately, we just wanted to get back into our studio and record." The entire EP was recorded, produced and mixed by the band themselves at their South London studio, The Lighthouse, in October 2020.

"Where do we find our portable paradises?" - Catrin found herself staring at this very poem by Roger Robinson on the London Underground in March 2020.

For the first time in six years, the band couldn't see each other, and the band's bassist Naomi was able to sit still long enough to confront her intense fear of going to hell for being in a same-sex relationship, due to a Christian upbringing.

Catrin explains, "After lockdown eased, myself and Naomi revisited the opening track ‘Pieces,’ an old track originally sung by Naomi. We wrote lyrics together from an imagined conversation with a loved one telling Naomi she was going to hell."

Naomi’s journey became the lyrical foundation for each of these six songs as Catrin drew universal comparisons with others' lives; "a struggle with identity, walking past churches you are no longer part of and the person you become when you are in pain. If there is no end in sight of struggle, where are our white sands, green hills and fresh fish? If we can't ever truly escape, which is what we were exploring in our debut album I Slept On The Floor, can we carry paradise in ourselves?"

Naomi adds about her experience, "It’s so easy to push things to the back of your mind. You never really know the impact this has on you until it becomes overbearing, and you're forced to address it. I found it incredibly cathartic to tackle these issues head-on by visualising certain situations and being able to say whatever I needed to say, both in therapy and in writing music.” 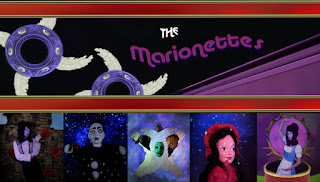 It’s a curio to see… It’s a curio indeed! Join Petunia-Liebling MacPumpkin as she tells a special holiday tail about her encounters with the magical marionettes. Follow them through their adventures, trials and tribulations.

With childlike wonder catch a glance behind the curtain of the grandscale show that we all belong to.

Petunia-Liebling MacPumpkin is an escaped ghost from an old coloring book that was left out in the rain at some point in the 20th Century. The Marionettes is the ninth video taken from her second album (I Left My Heart in Uncanny Valley).

She also recently curated a remix album entitled All My Friends Live In Uncanny Valley, featuring the likes of Renaldo & The Loaf and Toxic Chicken gleefully rearranging her songs into strange new forms. 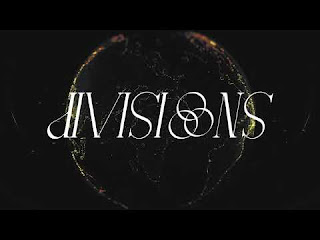 My heart is full and I made a solo album, Divisions. It will be out early in the new year. The title song was Inspired by The Hidden Life Of Trees by Peter Wohlleben and Charlie is joined on the song as follows.

Musician/producer Charlie Nieland creates a variety of cinematic music. Engaging the boundless creativity within his musical community, including the duo Lusterlit and the Bushwick Book Club, he reaches for an ever widening range of songcraft and textured sound. less 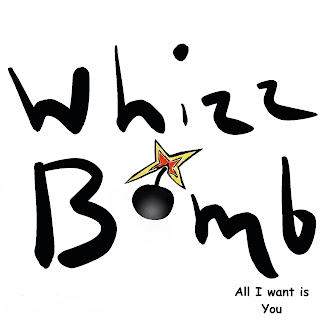 Whizz Bomb - All I Want Is You.

Growing up in rural Kent, also known as the Garden of England, Paul Wishart (aka Whizz Bomb) learnt classical piano and church organ. In this traditional English environment that viewed any music more modern than Beethoven with extreme distrust, Paul started writing his own music on the piano and organ to amuse himself, and offend others.

At the age of 13, Paul managed to persuade his parents to buy him a Roland SH101 analogue synthesizer as a reward for passing exams, thus starting a love affair with strange noises, nobs, sliders, sequencers, and generally avoiding school studies.

Originally influenced by the early electronic music of Wendy Carlos, Jean-Michel Jarre, and Vangelis, Paul embraced 80’s synth pop when his contemporaries were listening to prog rock, then 90’s shoegaze guitar bands when his friends were twisting their melons.

The dance / rock cross-over acts of the 90’s such as Jesus Jones started to bring an interest in darker and louder electronic music, with Depeche Mode’s move to introducing guitars with synths and Nine Inch Nails ability to use synths and samplers to create alternative music that jumped from loud and discordant noise to quiet and often melodic piano music or even dance-influenced beats, led Paul to believe that much more was achievable with electronic music now. These predominately electronic music influences, though of considerably variation, have influenced Paul and his vision for Whizz Bomb. Paul’s lower-range and slightly raspy voice is a “character” voice for rock music that is “lived in”, and has been favourably compared to those of the late Lou Reed and Nick Cave.

A plan emerged, and all that was required were the financial resources to build a rig that could actually allow reasonable multi-instrument performance,       sequencing, and recording. Paul has had to endure years working, with only brief interludes entertaining friends and family on the piano, to put together all his musical equipment and now release material to an unsuspecting public. His first single, an electronica cover of U2’s All I Want is You, is now released on iTunes and other major online stores and streaming services. There are numerous other works in the pipeline, and will be ready for release from early 2021 onwards. In December 2020 All I Want is You introduces Paul, and his characterful voice to the world.