Villages recently shared a video for their beautiful song 'Poetry In Motion'. The bands indie folk music has a fresh and pristine feel to it along with some mature pop sensibilities, add in the melodic arrangement and fabulous vocals and this is one special song.  ===== KodiakArcade new single 'Silicon Hill' is a fabulous synth driven instrumental track, where the huge array of musical sounds intertwine and create a mesmerizing piece and at two and a half minutes duration leaves me wanting more. ===== Yesterday Paper Tapes released a video for the song 'You And I' which is taken from the E.P 'Homecoming' that was released in October. Fresh, catchy and with gently delivered vocals, the soundtrack is quite addictive and with the new visuals this is a fine recommendation to check out the E.P if like me you have not done so yet. 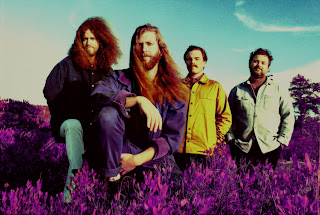 Having had their praises internationally sung for their self-titled full-length debut album in 2019, the four members of Villages continue to keep the spirit of their home province, Nova Scotia, in their thoughts, whilst letting their minds escape to their fantasies.

Comprised of Matt Ellis, Travis Ellis, Jon Pearo and Archie Rankin; the quartet have managed to spark a genre-bending sound of indie-folk and experimental pop; standing tall with the likes of Father John Misty, Fleet Foxes and Band of Horses. Taken from their recently released EP ‘Upon the Horizon’, new single ‘Poetry in Motion’ delivers a flavour of the bands next full-length album due in 2021.

Directed by Mel Stone, the new live visuals see’s the band gather together; delivering a hopeful message that things will get better. With the ongoing pandemic restrictions, it’s an outlook that we all need to hear from time to time, especially the live industry.

Mixed by American Indie rock legend Phil Ek, their recently released EP ‘Upon the Horizon’ was written aimed to transcend the sense of isolation and dread that we have all faced this year. Frontman Matt Ellis says, “Being locked up naturally conjured visions of escapism. Escaping to the wilderness has always been a way to find peace, but when even that was not an option it was yet another thing that had been taken for granted.

The songs were written on an old guitar with four dead strings that had been neglected for years. There was something fitting about it, given the current condition of the world. This guitar was once a prized possession and over the years just sat collecting dust. Yet, the moment I picked it up the memories it had amassed over the years flooded my mind. It was the comfort and inspiration that was needed—the feeling of a new instrument yet to be discovered, and of new beginnings and endless possibilities.” 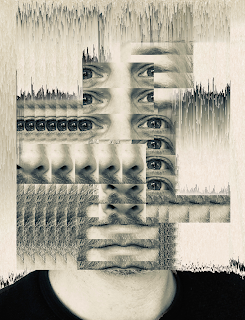 As a project, Graeme Cornies’ Kodiak Arcade is a hi-fi homage to the lo-fi  sounds of the past. It’s a set of sonic landscapes, where the humanity of the organic performances are intertwined with sounds that can only be created by modern tech.

Graeme spent a lot of time thinking about his own relationship to technology while making Kodiak Arcade’s debut album, Arcade. From the time he spent consumed in the fictional worlds of Sierra games as a kid, and how those stories affected his real-world self.

Focus track, “Silicon Hill,” began with a dream. Two friends sat on a hill at sunset, looking into the distance at a newer sort of Art Deco city skyline. Everything around the city was a desert, though there was no sand in sight. The whole desert was made of a sort of semi-soft silicon with faint lines underneath – like patterns of a motherboard under the desert’s milky surface.

This song title is also a nod to the time Graeme spent in Silicon Valley, at events like the GDC, where he spent many nights year after year talking with passionate artists and programmers in the game industry, getting high on talk of the future, admired artists and the meeting places between art and technology.
KodiakArcade · Silicon Hill - Single Paper Tapes - You And I.

GPSs flicker, spirits emancipate themselves from any final destination… PAPER TAPES’ first EP 'Homecoming' was released in October on Geographie.

Native of Lyon (FR), living in Paris and a member of the band Brace ! Brace ! (Howlin’ Banana), Cyril Angleys delivers, under the pseudo PAPER TAPES, an adventurous and immediate pop.

Influenced by the 70s film score, the outsiders that became heroes like Stereolab and Air, the psyched pop from Todd Rundgren or the R’n’B from the first The Neptunes’ albums, he assumes boldly but with finesse his carelessness of time and genres.

It is while composing with Brace! Brace! That he feels the need, this desire to start a solo project. Drum machines, synthesizers… he starts writing and experimenting from home, in his flat during the 2018 summer.

With 'Homecoming', co-produced by Barth Bouveret (Brace ! Brace!, Good Morning TV, Marble Arch) PAPER TAPES offers us a first magnetic and luminous EP. Five little hits nestled between some modern soft rock and emancipated pop, to listen to while traveling or at home… even though we know travels always start home.