Sun June have shared 'Bad Girl' and the song has been getting plenty of attention over the past two days since it's release. Accompanied with a video this gently melodic and dreamy song still packs plenty of emotion and is an excellent foretaste for their upcoming album 'Somewhere'. ===== Palberta return for a fourth time on Beehive Candy with the final pre-release song 'The Way That You Do' ahead of the album 'Palberta5000' due on January 22nd. As always their vocals and harmonies are exquisite and juxtapose a somewhat quirky musical backdrop wonderfully. ===== From SLUGS we have 'Super Sane' and the four piece alt rock outfit out of Los Angeles really do impress. This is fine and original track, the music arrangement is notable as are the refined vocals. 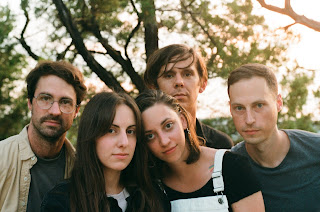 Austin, Texas' Sun June have shared a stunning video for their new single "Bad Girl," the latest from their upcoming new album Somewhere. Of the song and video, Sun June's Laura Colwell says "Bad Girl is about a deep manic drive to regress into the person I used to be - back when being bad was cool and being cool was everything.

I was given a lot of freedom as a teenager and always took advantage of it. After I lost a good friend in high school, my fear of death was overwhelming. The song reflects on how that fear combined with my own thrill-seeking affected my decisions since. It cycles through self-destructive choices I've made in relationships to avoid responsibility, and how my fear of loss has lead me down some dumb paths. The tone is sad and resigned, but also self-righteous somehow.

There's something pushing and pulling between the lyrics and the beat, so we thought a dance video might draw out some internal tension. We filmed around Lockhart, TX, where we recorded the album, because there are so many farms and fields out there that are unchanged despite the area's growth. We took some inspiration from films like "Blood Simple" and "What's Eating Gilbert Grape," which were also shot in rural towns just outside of Austin. Basically, we tried to channel Frances McDormand, Willie Nelson, and Haim (if Haim were an only child)."

Somewhere showcases a gentle but eminently pronounced maturation of Sun June's sound, a record full of quiet revelation, eleven songs that bristle with love and longing. It finds a band at the height of their collective potency, a marked stride forward that is able to transport the listener into a fascinating new landscape, one that lies somewhere between the town and the city, between the head and the heart; neither here nor there, but certainly somewhere. 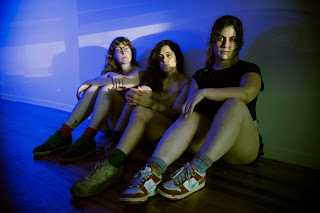 Palberta - The Way That You Do.

Palberta's upcoming LP Palberta5000 is due out in a little over a month on January 22nd, 2021 via Wharf Cat Records, and so far has seen high praise on a level unmatched in the band's already celebrated career. After being announced with a deep-dive feature on Stereogum that explored the more expansive and pop-forward style on this new release from a band long-heralded as one of the most idiosyncratic bands in the East Coast DIY scene, the album's early singles have earned comparisons to ESG and Delta 5 in The New York Times, being described as "everything great about Palberta" on NPR's All Songs Considered, and garnering glowing coverage from spots like Pitchfork, NYLON, Paste, Consequence of Sound and BrooklynVegan among many others.

The band are returning with a final pre-release single entitled "The Way That You Do," accompanied by a video directed by band member Ani Ivry-Block. For a band that have always projected an anarchic energy and historically been associated with a punk-adjacent DIY scene (if never quite being what could be called a punk band themselves) the track explores a gentler tone than has been typical for the band, as it focues on the penchant for harmony arrangements that often sets them apart from their contemporaries, but links these vocal forward sections together with a fanciful, and deceptively complex guitar and bass interplay that only Palberta could have created.

"In 'The Way That You Do' we essentially repeat the same phrase over and over with the exception of Ani's passionate 'I been lyyyyying," Palberta's Lily Konigsberg explains. "I've never really thought about the meaning behind the lyrics, but when I think about them now it seems like someone accusing another of deception and trickery. Also the harmonies are sick. It’s our waltz!” 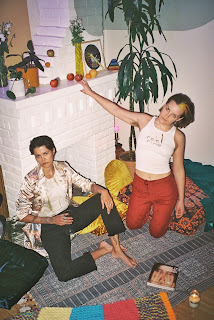 Their influences range from Linda Perhacs with their melodic harmonies and tenderness to Thee Oh Sees with their high energy, spitfire performances.

Their latest single “Super Sane” features high voltage expression along with a calmer wash, showcasing restrained strums of electric guitar which is both divinely gripping and atmospheric.

The delicate lower harmonies are so haunting, while the intimate vocals are gentle and totally skeletal in their honesty. Somewhat warm and somewhat cold, the overall feel is wonderfully juxtaposed with feelings of healing and acceptance. The minimalist sound is also vividly complex in its dynamics and meticulously placed elements.