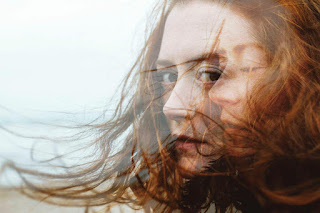 Kristina Stazaker released her new album, Follow Me, on the 18th of December 2020. The artist, who has drawn favourable comparisons to such luminaries as PJ Harvey, Anna Calvi, Tori Amos & Kate Bush, writes songs filled with raw emotion that guides the listener through rough, dark seas and enables them to explore mystical realms.

Silence and Slumber
In his dreams, he is laughing and playing his songs
To the crowds who adore him, throwing roses and cheers
In his dreams, he's the king of his land
But when he wakes up, to the nightmare he goes

Kristina Stazaker is a UK-based Singer/Songwriter who has been performing for over 5 years now as a side project and passion. Since 2015, She has been bringing her unique solo and acoustic sounds to crowds wherever she can. Showcased as "feministic anti-folk which nobody can actually describe", her muses have roots in old-time folk, punk and alternative indie. 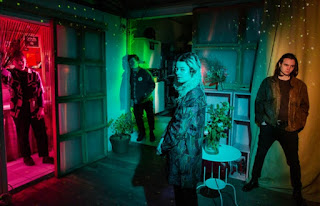 Psymon Spine have shared their new single and music video “Jumprope.” The track features Psymon Spine vocalist Sabine Holler  delivering clever commentary on city life (which can be demanding and constant, not unlike jumprope-ing) over a driving beat and funk-inspired bassline that calls to mind LCD Soundsystem and Talking Heads.

Sabine Holler explains how the Jennifer Medin-directed video came about: “Due to Covid restrictions, I’ve been staying in Germany (where I lived before coming to New York) while the rest of the band is in the states. We asked Jen to come up with an idea for a music video that would connect us between continents. Jen joined the rest of the band in Montauk, where they were staying at our friend’s beach house, working on new music.

Meanwhile in Berlin, I had my two (also very talented) friends Alicia Perez and Maria Arespacochaga film and direct me doing my parts per Jen’s overall vision. We thought the brutalist German architecture, along with my angular dance/exercise moves, would be a funny contrast to the soft fall colors of Montauk where the boys were at the time.”Fusing psychedelic pop and the deep grooves of dance music, Psymon Spine’s music oozes with melodic hugeness—but the places this Brooklyn electronic pop outfit takes their songs is truly out there, exploring complicated feelings through a singular approach to left-of-center dance sounds.

Only a year ago, band members Noah and Sabine were playing in the dream-pop group Barrie, who broke out following a string of buzz-making singles, but Charismatic Megafauna proves that Psymon Spine are on a different journey, exploring sounds ranging from disco to early techno and motorik's incessant pulse. Psymon Spine put their own addictive stamp on the sounds of the past, with surprises at every turn and the type of lush synth work that could only come from brilliant students of dance music. Reflecting optimism and catharsis, Charismatic Megafauna is a heady trip through left-field pop that packs its own emotional wallop. 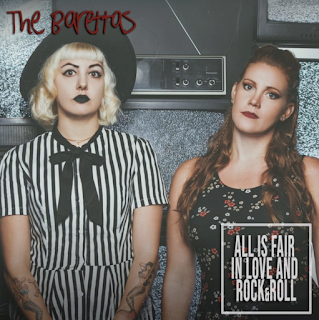 Hamilton rock duo The Barettas have returned with a new single, “Touché”. The track is an upbeat pump up song that’s been paired with a performance video.

If you like the novelty of a dynamic duo you’re in the right place! The Barettas have been resurrected and are back from the grave.

And we’re aiming right in between the music industries eyes! Bang Bang, baby. 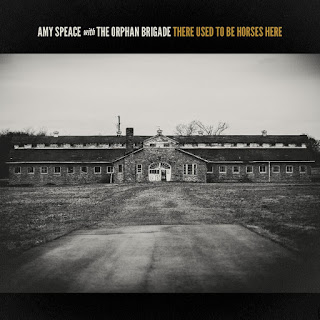 Amy Speace - There Used To Be Horses Here.

Looking back on a twelve-month span between her son’s first birthday and the loss of her father, award-winning singer and songwriter Amy Speace culled eleven new songs directly from her depth of personal experiences—childhood memories, coming of age in New York City, and losing a parent while learning to become one—to create her new full-length album, There Used to Be Horses Here; out April 30th on Proper Records/Wind Bone Records. While many of the subjects on the album are heavy, There Used to Be Horses Here isn’t a sad record. Instead, it’s a direct reflection of that year in Speace’s life, propelled by a playwright’s eye for detail, a performer’s gift of vocal delivery, a poet’s talent for concise writing, and the extraordinary musicianship of collaborators, The Orphan Brigade. The end result is a sum much greater than its parts; a calling card for fans and critics alike to ask themselves whether Speace still fits only into the folksinger box she’s long been placed in—or perhaps, with this new album, she deserves to be seen in a new light.

In its most powerful moments, There Used to Be Horses Here sets Speace’s majestic voice to symphonic arrangements, yet her songwriting remains intimate and emotional. As a fan and friend of the Nashville band The Orphan Brigade, she invited its three members—Neilson Hubbard, Ben Glover, and Joshua Britt—to collaborate as songwriters and co-producers, inspired by their persistent rhythms and sweeping sonic palette. Remembering her vocal sessions, Speace says simply, “While I was singing over what those guys were playing, it made me feel like I was flying.” Speace observes that every vocal performance on the album is the first or second take, and that the musicians in the room are finding their way in the moment. The approach sums up her goal as a producer: “You need to make sure you press ‘Record’ while musicians are fumbling, because while they’re trying it out is when the magic happens. You should never let anything be perfect.”

There Used to Be Horses Here is an album and exhibition of songcrafting that Speace is immensely proud of. “The best songs I have written have been since my son was born when I thought I was going to lose all creative powers to mothering—and it didn’t happen,” she says. “It kicked it into high gear and made me think, ‘I may not have much time left on the planet. Maybe I should just get to the point.’” When There Used to Be Horses Here winds down to its end, listeners will look back over the eleven-song journey to see Speace’s knack for vibrant storytelling and ability to capture hardship in beautiful detail on display; her craft sharper and more meaningful than ever before.

There Used to Be Horses Here In Amy’s Words: “A month after I turned 50, I gave birth to my son, Huckleberry. My father was present for the birth and held him within hours. My Dad was 81 years old and we both knew my Dad would not see my son grow up. In the year between my son’s birth and my father’s death, these songs spilled out of me. I grieved in writing. I wanted to illuminate my father and his stories, from the horse farm near his home that was bulldozed to make room for condos (“There Used To Be Horses Here”) to his memory of a car ride that came back to him in a dream the night before he died (“Down The Trail”) to a photograph found in an old album (“Father’s Day”). I wrote to my son as I nested with him in the morning (“One Year”, “Mother Is A Country”). I sang to our ailing world as the pandemic raged around us (Warren Zevon’s “Don’t Let Us Get Sick”).