Kate Koenig is a very hungry experimental-folk caterpillar that eats Fleet Foxes’ progressivism and Kate Bush’s iconoclasticism and Jeff Buckley’s zeal and Leonard Cohen’s disenchantment, and is still eating while you read this bio.

She is also a fierce advocate for mental health awareness, which comes out in the deeply personal, introspective theater of her music.

In June of 2019, she released her debut album, Haircuts for Barbers, which can be found on all streaming platforms. On January 31st she will be releasing her sophomore album Etemenanki. 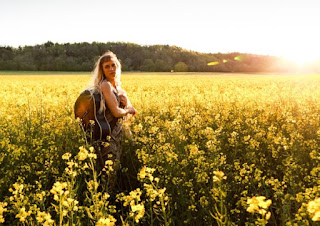 Anya Hinkle - I Belong to the Band.

Sometimes even the most determinedly original artist finds a song from another source that speaks to her circumstances so powerfully that she must find a way to make it her own. For Organic Records’ Anya Hinkle, the passage of time and events has only made her new single, “I Belong To The Band,” even more meaningful, and there’s no one better equipped to tell its story than the singer/guitarist herself.

“I discovered ‘I Belong To The Band’ thanks to my friend and clawhammer banjo master John Herrmann, who gave me a recording of it by their old-time band, The Ruglifters,” she says. “The song resonated so deeply with me for its simplicity, its inclusiveness, and the sense of gratitude it imparts. It was written by Rev. Gary Davis and originally recorded with his signature fingerstyle blues guitar and powerful voice.

“When the personnel in my band Tellico turned over early in 2019, I began transitioning to performing under my own name. But I still had a full calendar of band shows I was scheduled to perform, including a European tour and official showcases at IBMA.

“I wasn’t exactly sure how I would pull it all off,” Hinkle continues, “but I somehow managed to find a group of musicians that showed up for me in every possible way that I needed. They allowed me to experience music with more gratitude than I have ever felt, making the best music I’ve ever made in my life, and the best I’ve ever felt making it. We performed this song at every show that we played.

“When Billy Cardine and I sat down to arrange it for the studio, Billy laid down a dobro lick that emanated from his joyful and fun-loving spirit. When we added Julian Pinelli (fiddle), Thomas Cassell (mandolin), Johnny Calamari (bass), and a 3-part gospel chorus of Mary Lucey, Julian Pinelli and myself, it intuitively had a swingy, playful, joyful New Orleans string band sound that really captures the feeling we discovered playing together last year. I sang 'Hallelujah, I belong to the band!' with all my heart when we walked into Crossroads Studio to record it with help from Jon Weisberger (producer) and Van Atkins (engineer).

“We have had so much and so many taken from us this year by COVID-19,” Hinkle concludes, “and our gratitude for those that have stood by us and been there for us during this difficult time is deeper than ever. We are grateful to those that have been essential workers and health care workers, and we acknowledge all of those that are struggling so hard to keep things together every way that they possibly can. We are going to get through this. 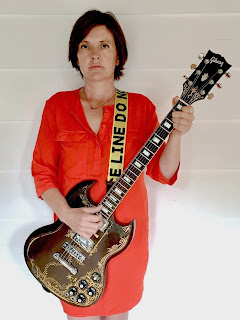 Tamara Williamson has released seven albums in Canada and Europe. She produced, wrote and performed in the award winning production The Break-Up Diet and published a memoir of her life. She currently lives north of Toronto, Ontario.

Blame is on birds

Blame it on bats and pigs and humming bees

Trying our best and holding up

Blame it on flue

People who are paid to keep quiet

Second coming and our health care

Entitled children and the bachelorette

Being thin and a long erection

Blame it on man

Blame it on procreation and our brains