Charlotte Spiral - Out Of Here.

Today, the duo share a new track ‘Out Of Here’ which was co-produced with Dan Carey over Zoom during the first lockdown. The song addresses a recurring situation that breeds a longing for escape - “There is something about doing things over and over again in a monotonous way that makes a situation feel worse than it is, and I wanted to portray this throughout the song,” explains lead singer Amy Spencer. Sombre piano and laidback rhythms surround luscious vocals which build towards the track's powerful chorus. Here, the song’s ultimate message becomes clear as the decision is made to break an unhappy cycle and focus on taking control of one’s own destiny.

Charlotte Spiral is a collaboration between Amy Spencer and Avi Barath; two musicians that have been involved in multiple projects respectively before coming together to form the duo. Having met at Goldsmiths, the pair connected due to their mutual love of artists such as Rufus Wainwright, Julia Holter, Moses Sumney, Yann Tiersen and Beach House, and their inherent desire to write music that is lyrically driven and built upon organic piano melodies.

The group’s debut EP Ideal Life confronted themes of self-hood, self-doubt, yet ultimately self-belief. The lead track, ‘Wide Eyed’, was produced by Charlotte Spiral and Dan Carey, evincing vocals that are lush and nostalgic, soaring above ethereal piano and polished production. The release garnered widespread praise from the likes of The Sunday Times, The Line of Best Fit, Music Week and BBC 6 Music, amongst others.

Charlotte Spiral · Out Of Here 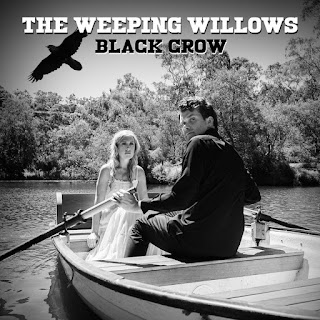 Fresh from the red carpet of Tamworth’s CMAA Awards, where The Weeping Willows took home the 2021 Golden Guitar for Instrumental of the Year (for previous outing ‘Prelude’), partners in life, love, and song Andrew Wrigglesworth and Laura Coates delve into darkness once again with brooding new single “Black Crow”. Encroaching doom never sounded so sweet.

Shivering with misgiving, “Black Crow” finds its murderous protagonist inescapably fixed by the penetrating gaze of the titular bird – harbinger of his inevitable fate at the end of a rope. Bleakly arresting, it’s yet another unmissable taste of The Weeping Willows’ long-awaited third studio album.

About the song, The Weeping Willows said, “We’ve always been drawn to the more sinister, ‘Gothic’ side of Americana music that harks back to early blues, as well as Bluegrass and ‘mountain music’ traditions. Writing Black Crow allowed us to delve deeper into this sub-genre”.

Rooted in ageless country-folk tradition, “Black Crow” deploys the most urgently up-tempo picking in The Weeping Willows catalogue to date: acoustic and slide guitar rippling like the surface of an inky tarn disturbed by a smoking gun or bloodied knife. It’s also eloquent proof that Andrew and Laura’s celebrated vocal harmony is as exquisitely suited to fatalistic tales of murder as it is to a delicate love song.

Recorded, engineered and mixed by Ryan Freeland (Justin Townes Earle, Tift Merritt, Bonnie Raitt) at Los Angeles’ storied Stampede Origin Studio,“Black Crow” thrills with all the dark storytelling majesty of The Weeping Willows’ critically acclaimed second album Before Darkness Comes A-Callin'. That album netted the duo four-star reviews from Rolling Stone, The Australian, and The Music, and confirmed The Weeping Willows as Australia’s foremost vivisectors of the human condition and the shadowy forces that bind us to the earth. 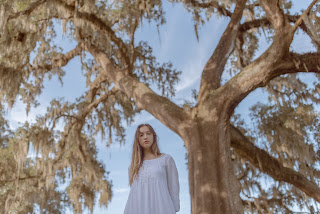 Renée Reed - I Saw A Ghost.

Lafayette, Louisiana musician Renée Reed shares the video for "I Saw A Ghost" from her self-titled debut album out this Friday, March 26, 2021 via Keeled Scales. The dark stop-motion video was painstakingly created by Joseph Howard and Emily Curran.

About the video, Renée says: "I’ve always had a fascination with stop-motion animation and puppetry. I’ve also long-admired Joseph Howard’s work, so I was thrilled when he took up the task of bringing this video to life. The lyrics of the song dance a thin, blurry line between literal and figurative, and Joseph and his partner Emily captured the essence of that beautifully with this video. It’s so evocative. Each time I watch it I see something new."

About the song: "The song is on one hand a story about seeing a ghost, but the 'ghost' also refers to myself dealing with disappointment and sadness from a multitude of sources, and learning about myself as I get through it."

"I Saw A Ghost" follows the intricately finger-picked folk of "Neboj," the hazy psych French single "Où est la fée," and the spell-binding earworm "Fast One." 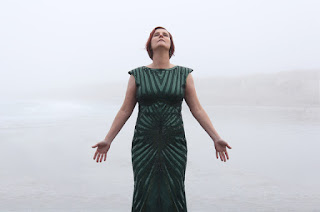 For an Australian singer-songwriter entrenched in the traditions of folk/rock and Americana music, not only did writing her latest album on the front porch of her 100-year old California cottage give Natalie D-Napoleon the time and space to create You Wanted to Be the Shore but Instead You Were the Sea (due out March 26, 2021) but also the passing world served as a poignant muse.

“I sat there and wrote and wrote and wrote,” explained Natalie. “Sometimes people stopped and listened to me playing, mainly parents with kids. Guys walked up and asked what guitar I was playing. But mostly folks ignored me and kept walking. I really liked watching the world go by, offering up song ideas, while I plugged away on my instrument and sang.”

The view from her porch also gave Natalie a new perspective. “All my life I've written ‘personal’ songs.” Natalie continues. “I’ve tucked myself away and poured my emotional life into music, yet I discovered after a while it burnt me out. It wasn't always a well that was nourishing, but one that began to drain me emotionally.

“As the songs began to flow, a theme emerged — I was telling stories of women that passed me by. But these were stories that aren’t commonly told in song. Women have long been the muse in song-writing but it’s been a very one-dimensional view. Rarely have our complexities been portrayed — I wanted to change that.

“Second Time Around” is a song about the wisdom that comes with starting over and “No Longer Mine” enthusiastically celebrates the resulting liberty from ending a relationship while “Wildflowers” is a rustic front-porch song. “The songs did not come without work,” Natalie is quick to add. “But this time I decided to feed the songbird within me. I gave her water and seeds as you do to any living creature you want to keep coming back to visit.”

“Mary suggested a song I played wasn’t personal enough and that I was skirting around telling the story,” she recalled. “I broke down as 25 years of grief and disappointment came to the surface. That night I howled as loud as the coyotes outside our cabin in the New Mexico desert until the early morning. I had decided I was finished with songwriting, but the next morning I picked myself up and went back to the workshop. I had dedicated too much of my life to the craft of songwriting for me to give up now.  Later that same day I wrote ‘Mother of Exiles,’ a song inspired by Emma Lazarus’ poem at the foot of the Statue of Liberty celebrating America’s embrace of immigrants — immigrants just like me.”

Through that experience Natalie found a poignant poetry in the face of adversity, which she channelled into her writing. “Thunder Rumor” is a haunting exploration of one of the most dangerous times in many women’s lives — when they decide to break free from an abusive relationship; “Reasons” explores the emotional rollercoaster of losing an unborn child; and the album’s title track is an exploration of childhood trauma and the lifelong scars it can leave.