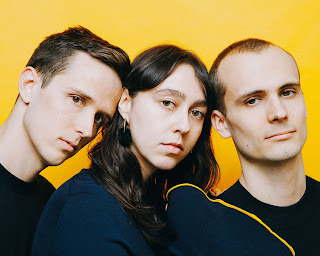 Fresh off the heels of the release of DJ Python’s “Young Buck” remix, which saw support by Pitchfork, BBC 6Music and more, Braids is thrilled to reveal today two brand new songs titled “Slayer Moon” and “2020.” Recorded during the sessions of their last album Shadow Offering.

The band shares their inspiration behind the songs: “'Slayer Moon' is inspired by a Sailor Moon phone case I bought in Tokyo, at 3am while on tour in Japan. Growing up I was obsessed with Sailor Moon, particularly with the ability to magically transform from a normal girl into a full-on mystical and powerful Sailor Scout, battle-ready to combat the evil forces of the world.”

“What a deal, legs with more potential than my life”

“Sailor Scouts have the longest legs ever drawn - so long that I drew a parallel between their immaculate legs, and our frenetic modern minds, lost in the ego abyss of the infinite scroll.”

“I can’t figure out my life blood, what should I prescribe to?”

“‘2020’ was written sometime in 2017, after a long period of being alone – in an abstract sense of the word – while reaching for fleeting physical closeness. I was with friends, but my heart was lonely and longing for companionship, my body confused with the unfamiliarity of new and shallow encounters. I had been meditating a lot during this time 'tracing a line through the centre of my body' – a process of inward-looking that I veer towards when I take the time to sit. I titled the song ‘2020,’ in 2020. Revisiting the song's lyrics through the eyes of our present reality struck a chord with me. I felt as close to the song as when I had first written it. I find that I am asking myself similar questions while in this pandemic, without my friends, my family, my familiar structures.” 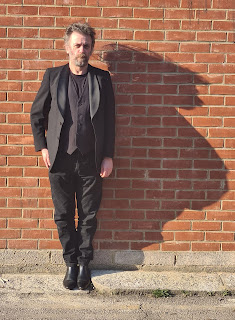 Lazerine is a London based song recording project based around some ideas of mine that have been coalescing for awhile. Our new single, I Felt Fine Today, is due for release on 26 March 2021 via FUGA. Our previous releases are available on all Major Platforms.

I think I should say for avoidance of confusion, including my own, that Gene Lazerine is not real but he has a purpose. When these songs started to come along I could feel that they were from somewhere I'd never spent much time in. I also felt I couldn't ignore them.

Since the songs come from another place, I've attributed them to a distinct "other". It's a bit of mental trickery on myself as much as anything to keep things focused. For as long as it's happening.

So now, thanks to the talents of my co-creators, we of Lazerine invite you to tune in and sooth your weary soul. 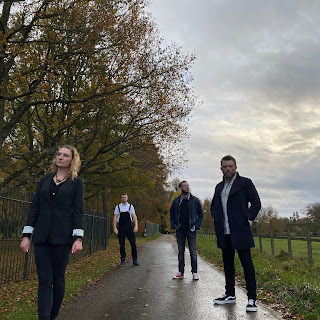 Third Lung. Emotive, Evocative, Enchanting. Pensive, Powerful and Passionate. Their music continues to capture and inspire, gathering increasing support from Fans and Critic alike. With past praise and compliments flowing from the likes of The Steve Lamacq BBC 6 Radio show, Amazing Radio and The BBC Introducing Team. Always memorable Live.

Third Lung have performed across the UK. With some notable highlights such as THE GREAT ESCAPE FESTIVAL and CAMDEN ROCKS FESTIVAL.The 4 Piece Power House from Reading, UK long to earn your ears and charge your minds in this exciting new chapter.Third Lung are Sam Waugh - Drums, Rob Jacques - Bass, Cams Jurasek - Lead Guitar/Backing Vox, Tom Farrelly - Lead Vox/Guitar. Each Member with a distinctive Musical heritage, the band draws from a wide variety of influences.

“It wasn't always Indie Rock music that interested me” says Cams, “My Dad, Austrian born, had a passion for Jazz music. Jacques Loussier trio and Eugen Cicero were just a few of the vinyl she would play late at night while he sunk into his thoughts over a Whiskey”

Sam’s fascination with Groove. “I started playing drums when I was 12. I had a heavy dose of Motown and blues when growing up, and my love for funk has had a massive impact on the way I play. My favourite recording artist is Chaka Khan and My most influential drummer is Dave Garibaldi from Tower of Power.”

Rob remembers, “My first encounter with my mind being blown musically was when I was 6”. “Mr Angel came into our assembly and tore up cello, pretty much shredded on it. I then spent 2 years learning the cello but the classical music wasn’t cutting it anymore. Especially when you’re 8 and listening to Led zeppelin and Queen.”

For Tom, “There was always music in the house. Mum loves Music. Bruce Springsteen, Fleetwood Mac, ABBA, QUEEN, Simon and Garfunkel, ELO, Bob Dylan, Eva Cassidy and on and on...Dad Loved music too. Luke Kelly, Johnny Cash, Elvis Presley, Glen Campbell, The Fureys, The Chieftains, Charlie Pride, The Dubliners. My parents actively shared their love of music and favourite artists with us” 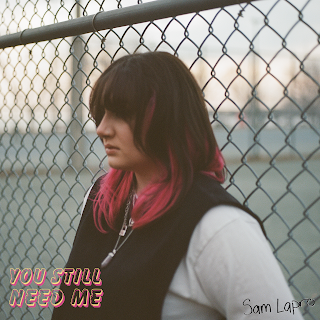 Sam Lapro - You Still Need Me.

Sam Lapro (she/her) is a Toronto-based singer-songwriter that knows how to string together the right words to draw the emotion out of and connect with her listeners.

Her soul writing gives the listener an opportunity to know her on an intimate level as her songs represent experiences she has had throughout her life so far.
SAM LAPRO · You Still Need Me 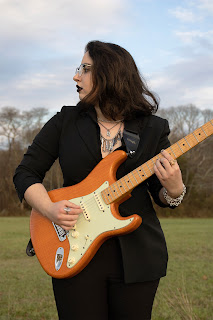 Sun is the essence of human existence. Without it, we are nothing. To me, "Eternal Sun" means an infinite presence that will carry me throughout this life.

My new song is an affirmation to myself stating that I am self sufficient. I have reached a place in my life where I can confidently say that I have developed a love within myself that can carry me throughout the rest of my life.

I was in a very dark place for the duration of my adolescent and adult life. Now I know that in this moment, I am out of that place and entering a new chapter.

Born and raised in Johnston, Rhode Island, minutes outside of Providence, Loretta Querceto is a 20-year-old student at Berklee College Of Music where she is studying music business and production.

Loretta has been independently writing, recording, producing, and releasing original music since April of 2020. Her released work to date has centreed around the genres of indie and alternative rock with jazz and lo-fi influences. Loretta is a multi-instrumentalist with a primary focus in guitar, self taught from the age of 10.
Loretta Querceto · Eternal Sun 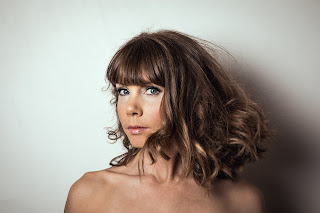 Matilda Lindell has released her idyllic cover of ABBA’s classic hit, “Dancing Queen.” The experienced singer puts her twist on the legendary disco track by adding vulnerability and a fragile sound. “Dancing Queen” is being released in honor of Women’s History Month and is now available to download and stream on digital platforms worldwide.

Matilda Lindell’s rendition of “Dancing Queen” goes beyond the happy lyrics and upbeat groove. “My version is about female empowerment and encouragement,” Lindell says. “Through the struggles, we need to believe in ourselves and also support each other. A celebration to women!” The track is a perfect complement to Women’s History Month and International Women’s Day. Lindell creates an almost filmic tone allowing listeners to set their minds free and embrace a new experience.

“The familiar melodies are discovered in a new way,” she adds. “The essence of the original song is there, but I have created a new perspective, and I hope, a new emotional journey for the listener.” Powerful vocals intertwined with an emotional effort to capture the listener pose a level of relatability in “Dancing Queen.” It’s raw and genuine. Lindell created the updated arrangement for the single, while she co-created the string arrangement alongside Erik Arvinder, whose father played violin on the ABBA original. The song was co-produced and mixed by Andrew Lipke at The Studio Lounge in Philadelphia, PA. A music video for “Dancing Queen” will be released later this month.

Matilda Lindell was born and raised in Stockholm, Sweden. It was singing that made her most happy early on in life. “I have been singing since before I could talk,” Lindell admits. “I have always expressed myself through music, singing, and performance. I have never had anything else than a singer in mind for a profession.” At the age of 26, Lindell began touring the United States as one of the principal singers in the tribute act “ABBA THE CONCERT.”

She has performed at various venues, including The Hollywood Bowl in Los Angeles and Wolf Trap Performing Arts Centre just outside of Washington D.C. She’s also had one of her original songs nominated for CARA (the A cappella world’s Grammy equivalent). Lindell’s time on tour sparked the desire to create something personal for herself as the classic songs became such a monumental part of her life. Her upcoming EP is a fascinating deep dive into ABBA, and includes interpretations of a selection of ABBA songs that have brought special meaning to her over the years. With a solo EP, It Should Be Easier (2017), and a handful of original singles already under her belt, Lindell continues on her journey as a solo artist.