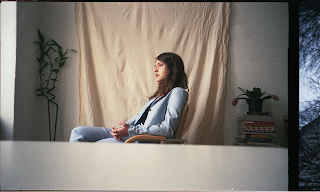 Following on from the release of her previously shared single ‘Evening Train’ earlier this year, Berlin based South African Lucy Kruger now returns with The Lost Boys to announce the details behind her new studio album ‘Transit Tapes (for women who move furniture around)’, which lands on the 2nd June 2021 via Unique Records.

Written by Lucy Kruger and forged in a tiny 34°c rehearsal space in Berlin, ‘Transit Tapes’ melts dreamy indie rock with dark folk and returns 12 pensive tracks exploring restlessness and a yearning to feel alive. This project is the first time Kruger has worked with drummer Martin Perret, guitarist Liú Mottes and bassist Andreas Miranda, who form The Lost Boys. The depth that The Lost Boys add is clear on the dramatic soundscape in A Paper Boat or the slow rumbling climb on A Stranger’s Chest.

‘Transit Tapes’ resumes the introspective exploration of Kruger’s 2019 release ‘Sleeping Tapes for some girls’ but has a marked shift in direction. Where sleeping tapes is quiet and behind a closed door, transit tapes is about opening that door, and exploring what is beyond the bedroom. There is a pull between loneliness and a want for independence, between a need for exploration and the safe comfort of familiarity. The reassuring knowns collide with a fear of slipping into old habits. These themes are expedited by Kruger’s relocation from Cape Town to Berlin 2018, when she began writing the album.

For Lucy, “the songs begin in the bedroom, as with Sleeping Tapes, but with an eye on the window and a hand on the door. There is a restlessness. A kind of building up of courage and the acknowledgement of a fear I had developed around making too much noise or causing too much of a scene. How are we supposed to discover who we are if we are not allowed to make a mess? To leak, spill, sweat, spit, shriek. Sometimes playing involves getting scratched or wounded. Laughing. Weeping… Transit Tapes is a gentle and sometimes not so gentle reminder to take off my winter coat and run naked like a wild thing towards the water.”

Lucy Kruger & The Lost Boys will release their new album Transit Tapes (for women who move furniture around) on the 2nd June 2021 via Unique Records. 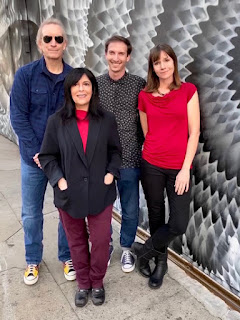 Evie Sands sought inspiration as she got in gear for a long-awaited new album after a two-decade wait. “I was in a meditation, a thing I only do once in a while,” she says. “And these words came to me: ‘Forgive yourself. Get out of your own way. All will follow.’” Putting that into practice, she got home and within hours had the song that would become the title track — and philosophy — of her new release, Get Out of Your Own Way, due out April 23, 2021 on R-Spot Records.

“I was just compelled,” she says. “The song kind of wrote itself.” Not every song on the album came about with that kind of rush. But the sense of it, the electricity and openness and optimism of it, is infused throughout this bristling set of songs — tales of overcoming hurdles, rebounding from heartbreak, finding light in darkness. It’s there in the healthy squint of “The Truth Is in Disguise,” the shining-through of “My Darkest Days,” the wrenchingly hopeful “Lovin’ You Enough,” the playful cultural critique of “Scandal du Jour,” and the expansively inspirational “If You Give Up.”

More than a collection of songs, this is an album with an arc, with interconnected stories to tell, the way classic albums used to be made. And it covers a lot of ground in sound and style, borne out by Sands’ deft arranging, bold playing and production. “Don’t Hold Back” is a brisk companion to the title song. “Beautiful Lie” looks at the sunny side of a relationship ending, with the epiphany of its central line, “We’ll both survive to love another day.” “Another Night” is a guitar-driven wild ride over to “the other side of the line.” “Leap of Faith,” melding some of Sands’ ’60s and ’70s pop and soul passions, asks, “Is this original sin, or just the state that I’m in?” “After Tonight” poignantly steps into the void of heartbreak. And a live favorite making its recorded debut, “Don’t Look Back, Don’t Look Down,” ties it all together, an active reminder to keep moving forward, the very theme that runs through the album and brought it to be in the first place. 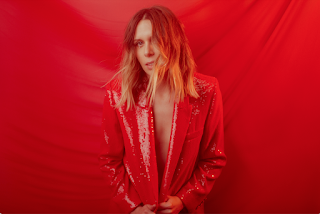 Nashville-based singer/songwriter Elise Davis shares “Summertime,” the latest single off her new album Anxious. Happy. Chill. that releases on April 16 via Tone Tree. As her winter worries slip away into a haze of reverb, Davis’ breezy lyrics and homemade, lo-fi visualizer illustrate dreams of a slow, Southern summer. “Summertime” was featured this morning by Audiofemme, who called it “a sunshine-soaked version of ‘My Favorite Things’ – if Maria von Trapp had been a bit of a pothead” and said “the song is a balm after an apocalyptic winter, nothing if not soothing to the ears.”

“I have dealt with depression throughout my life. I always notice it is more frequent and intense in the cold. I guess that's what is often called seasonal depression,” explains Davis. “Aside from that, my soul has just always resonated with warm weather. As a kid in Arkansas I never wanted to be inside when it was warm, and I've remained that way my whole life.” She continues, “In the summer I am always sitting on the porch or wandering my yard. As the cold set in this past year I wrote this song. It is a simple anthem of my love of summer and my constant excitement for when it will return. I can sit outside at night listening to the bugs, the calmness, the fireflies, and flowers. It is in those times I am happiest.”

Written during the rush of a new relationship and recorded just days after her wedding, Anxious. Happy. Chill. is the happiest album Elise Davis has made. The independent, no-boys-allowed anthems that made up her first two albums are swapped out for lean, guitar-driven rockers and lushly-layered love songs that remain every bit as resilient and empowered as before. Davis recently shared two other songs off the album, the blissful “Yellow Bed” and the thoughtful “Empty Rooms,” which was featured by Apple Music’s Record Bin Radio with Kelly McCartney, The Boot and The Bluegrass Situation. The new tracks follow her three other singles released in 2020, “Ladybug,” “The Grid” and “Flame Color.”

Directed by art director and photographer Ksenia Bilyk and director Emily Jade Hagan, the striking visuals perfectly depict the song’s lyrics by drawing up a vision of a dystopian world pulling on themes of lockdown and environmental destruction.

The video was shot over the course of two nights across several districts in Berlin during the current lockdown restrictions with a small crew; these conditions didn't limit the two creatives’ ambitious vision of a sci-fi world. Designer Nikolas Wunderlich; B41303 created the bespoke pieces worn by the actors, while graphic artist Sash Bobrov enhanced the dystopian world they sought to create by adding motion graphics.

Sea Fever explains that their coming together as a unit felt inevitable: “We’d wanted to work with each other for ages, so when we finally sat down in the studio, the band just seemed to come together naturally. It felt like we were really free to explore the kinds of music that have always inspired us, we dug right through the record crates of our minds to shape the sound of Sea Fever.” 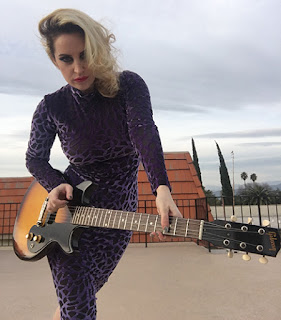 Rock/pop singer/songwriter Emily Taylor Hudson picked up all the pieces with this, her latest single — “Hearts We Wanna Break."

This stand out cut off the LA-based artist’s debut EP, Love Is a Dirty Word, yearns with a grinding sorrow cast amongst velvet vocals and driving rock n’ roll.

“‘Hearts We Wanna Break’ was written about a friendship I thought would last a lifetime, and the brutal feeling of betrayal ripping apart the good between me and someone I loved,” she shares. “This song represents the moment I realized that love is a dirty word.”

Her talents were fostered from an early age, growing up in a creative family with her parents, Cindy Williams (Laverne & Shirley) and Bill Hudson (The Hudson Brothers), and her brother, musician, Zak Hudson.

As far as uber-talented features on the five-track release go, Hudson didn’t need to look far; she got her best friend, musician and lead guitarist, Billy Newsome, to help produce the sound she was going for, and her brother, Zak, to produce the rhythm section. She then called upon J.P. Hesser at Castaway 7 Studios for mixing; it was mastered at Golden Mastering. 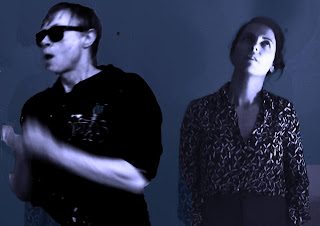 "Even though both Dirty Three and my solo output are instrumental, I was writing material that I felt needed lyrics. Being a below-average singer myself I was looking for a vocalist/lyricist to help turn these music ideas into songs.  I spoke about it with my friend, sound engineer/producer extraordinaire Nick Huggins. Nick introduced me (remotely) to Helen who he knew well, he had produced her last album (under the moniker McKisko) and said he thought she’d be interested in collaborating." - Mick Turner.

The release's first single, 'Big Old Blue', perfectly pairs Mick's gentle and warm guitar with Helen’s optimistic songwriting and sleepy tender whispers. Speaking about the single's intention, Helen reveals - “Big Old Blue is a nod to the natural world as a soothing salve. For me anyway. Also I watched Luc Bresson's 'The Big Blue' around the time of writing this song which may have influenced the name.”

The words came together as Helen was falling asleep one night and she was able to capture them on her phone, recording in the early hours of the morning after.

“My house is close to a noisy road so recording had to happen at 2am to catch vocals without traffic/street spill. All of the vocals for this album were done in my bedroom or bathroom at that time. I’d record, send and fall into bed without doing a whole lot of listening back.” 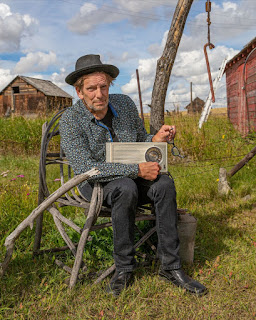 Art Bergmann’s music is meant for our current times. As we struggle to make sense of world events and the conflicts they have spawned, Art’s songwriting – as it has consistently done for the past four decades – cuts through the bullshit and hypocrisy with unflinching focus with the aim of finding some remnants of humanity that will pull us through.

It’s what used to be called “punk rock” when Art first established his reputation in Vancouver during the late 1970s, even though he’s never been a fan of that term. Yet, his status as one of Canadian punk’s foundational artists remains unquestionable, to the extent that in late 2020 he became the first of his peers to receive the Order of Canada, an honour bestowed upon the country’s most revered cultural figures.

Art’s latest album, Late Stage Empire Dementia, will be released May 21, 2021 -- also Endangered Species Day -- on Toronto-based (weewerk), and pointedly demonstrates why he deserved the OC. On eight songs that sonically run the gamut from the jagged, speaker-shredding rock he’s long been known for, to the experimental, acoustic-based soundscapes he introduced on his 2016 Polaris Music Prize long-listed album The Apostate, he takes aim at political corruption, the dual unchecked epidemics of guns and drugs, and the plight of refugees yearning for a better life.