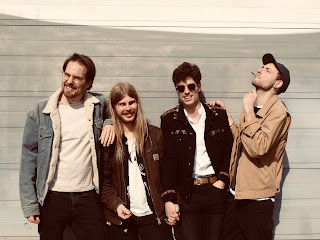 Sunny, melancholy and in a major key. That is the sound of the 4-piece indie band "Elephant". Mellow pop music with an eccentric edge, for fans of Wilco, Andy Shauf and Big Thief. In March 2021, Elephant released their self-titled EP, produced by Pablo van de Poel (DeWolff) and recorded in the Electrosaurus Southern Sound Studio.

‘It may be midnight in Manhattan but here it’s time to rise. There is always someplace better, don’t let it fool your eyes.’ The subtle groove and the sobering lyrics make Elephant’s first single ‘Midnight in Manhattan’ a must-hear for music lovers. It was added to the playlist of Amazing Radio (UK/US), peaked at the 12th position of the ‘verrukkelijke 15’ chart of Dutch national radio, and quickly reached over 25.000 streams on Spotify.

Their second single ‘Bird’s Eye View’ is a both a sweet and haunting song about coming to terms with faded dreams and getting older. On this track, Elephant is accompanied by pedal steel guitarist Stefan Wolfs (Judy Blank, Dylan LeBlanc, Next of Kin).

Elephant was born in the year of a near-fatal knock-out of the music business, but debuts with a fitting and resilient response. Elephant is tipped as the new roots/indie band that just might make a difference in the coming years. ‘Something special is happening in Rotterdam’ - Leo Blokhuis (NPO radio 2)’ 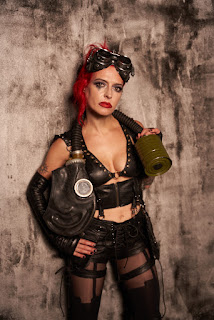 I Ya Toyah - Concrete.

I Ya Toyah has released her latest single, Concrete. The track is written, produced, and performed by I Ya Toyah and produced, mixed and mastered by Nick Palazzo.

Concrete is the second of 5 singles off I Ya Toyah's sophomore EP, Out of Order. The track explores anxiety through cyberpunk synths sounds and groovy beats, sharing I Ya Toyah's intense personal expression of the current reality we are all living in.

Futuristic vocal harmonies hypnotize audiences, and the rhythmic music puts them in an immediate trance. This song is about pandemic anxiety. It brings light to the extreme mental wear, something most of us are now familiar with thanks to 2020 and its dystopian vibe, says I Ya Toyah.

I Ya Toyah's sophomore EP is set to release on March 26th exclusively on bandcamp, June 18th on all streaming services, and is available for pre-order on bandcamp. Everyone who preorders instantly gets the streaming and download access to the first two singles off the EP. The music video for Concrete, filmed by Joel Lopez of Lumbra Productions also drops March 17th on I Ya Toyah's Youtube channel.

I Ya Toyah is currently awaiting new tour dates confirmations with Stabbing Westward and her Northwest US and Canadian tour, as they got postponed due to the COVID-19 pandemic spread. 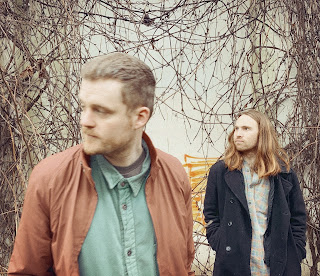 Thrillhouse - Where The Roads Don't Go.

Thrillhouse return with their latest single Where The Roads Don’t Go. A song about that brief but beautiful moment after you’ve finally come out of being in a bad place and things start to seem alright again. ‘It was written just as I was coming out of having a real stinker of year and things started to look up. Hopefully it captures that joy. Then lockdown hit. Great’

One of Indies largely undiscovered gems, Thrillhouse are steadily carving a unique space in the indie scene. Thrillhouse are a Brighton based alt-indie band living in the past. Born into the wrong generation, struggling with the delicate routine of a wholesome, balanced life they tend to stick to their bedrooms where they sometimes write music but sometimes don’t.

Thrillhouse are purveyors of sincerity cushioned in good humour. The lyrics convey a sense of personal struggle that is joyfully balanced with melodic and layered production, pushed forward by driving beats and ecstatic hooks. Recorded at the Silk Mill. Mixed by Tom Bishop Where The Roads Don’t Go is out March 19th
Thrillhouse · Where The Roads Don't Go 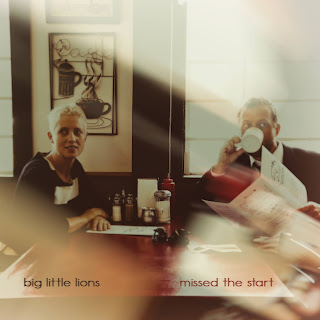 Big Little Lions have been described as ‘a blissful marriage of new folk and sophisticated pop’. Prolific songwriting, infectious folk-pop style, and an offbeat, memorable live show. This award winning duo consists of Helen Austin and Paul Otten who, despite living thousands of miles apart, have found a way to connect and create music together. Despite being in two different countries, they have found common ground to share their message.

Call it destiny, or call it fate, call it a necessary progression for these modern times. Helen lives in British Columbia, Canada and Paul lives in Cincinnati, OH. But the distance provides the necessity to create in a new way. Using technology as their ally and their differences as their strength.

Their monthly single releases are their way of getting through this pandemic while all the usual album cycle release plans don’t make sense anymore. Their music is jam-packed with emotion and tight harmonies, the sound of two people working side-by-side. 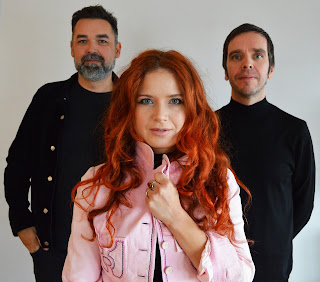 What a breakup can do for musical inspiration. Remington super 60 is a band consisting of Christoffer Schou, Elisabeth Thorsen & Magnus Abelsen. The members have previously played in bands such as Musique Le Pop, Navigators, Frode Fivel amongst others.

Since the early start back in the end of the 90s, Remington super 60 have released albums, EP`s on various indie labels around the world, now they are ready with the follow up from last years EP “New EP” that received plenty
of attention on various blogs and radio stations around the world.

The new EP “Nouvelle Noveau” consists of 6 new songs and one forgotten song from 2002. The bands songwriter/producer Christoffer & Singer Elisabeth Thorsen were a couple of almost 16 years but decided to end their relationship last year. Some of the songs on this EP deals with exactly this. Christoffer & Elisabeth have remained very good friends and decided to continue their musical work together, something this EP is a living proof of.

The music is mainly recorded in Christoffer`s living room surrounded by guitars, basses and a rather large collection of Casio/Yamaha keyboards from the 80s, although most people consider these keyboards to be toys Christoffer loves to include them as much as possible.

Musically the band has been labeled a “dream pop” band by media, not that strange considering the music has a big atmospheric vibe, featuring many vocal layers & big reverbs. “Nouvelle Noveau” is released on Christoffer`s own label Cafe Superstar recordings and also released on cassette by the Slovakian indie label z-tapes.
Cafe Superstar Recordings · Nouvelle Nouveau 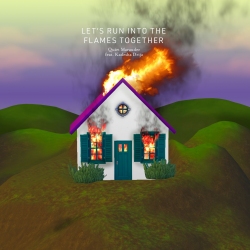 Following swiftly on from last year’s Tiny Men Parts EP, Quiet Marauder re-enter the sonic fray with their latest Bubblewrap Collective long-player, The Gift, on 9th April 2021. Taking a strong divergence from the bombastic pop-punk of its predecessor, The Gift sees backing vocalist Kadesha Drija step to the foreground for the majority of the album, standing afront a richly crafted, multi-instrumental acoustic-folk backdrop.

Returning to the conceptual songwriting approach of previous releases MEN and The Crack And What It Meant, The Gift charts the narrative of a troubled teenage girl (Willow) haunted by visions of a mysterious house fire. Willow’s path is traced through well-meaning foster parents, teenage love interests, time-bending superpowers, distrust of domestic appliances and, ultimately, her own memories; covering themes of self-identity and the fallibility of human recall. Though the album marks a more overtly serious tone for the band, the sensitive subject matter is delicately handled through their trademark low-key, observational and, sometimes, darkly humorous lyrics.

The Gift will mark the second Quiet Marauder vinyl release via Bubblewrap Collective and will come on a heavyweight 180gm, purple marble 12-inch adorned within bespoke, Sims-based artwork designed by Carlota Nobrega. Each vinyl also comes with a lyric fold-out and sew-on ‘house fire’ patch. Alongside the vinyl release, The Gift will also be available to stream and download via all standard digital retailers and streaming services.