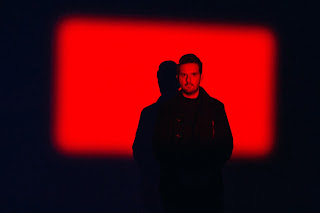 Brisbane songwriter, producer and multi-instrumentalist Scenes made his debut last month with his dynamic new single 'Henhouse' featuring Ainslie Wills. Today he shares his moody video clip alongside the announcement of his debut EP releasing later this year.

"In the verses, Ainslie’s lower register captures and draws you in, and then soars over the driving chorus instrumentation. Layers of saturated vocal delays colour the chant-like phrases which contain fragments of self-talk," explains Graham.

The video shot and produced in his hometown of Brisbane by director Matthew Howard sees two young adults walking home and in their bedrooms, both experiencing moments of introspection and catharsis. "'Don’t let the fox guard the Henhouse’… it’s about our minds. Our fragility and limitations. But there’s also a commitment to hope and progress," Graham continues.

Since the song released it has already received high praise from triple j as well as additions to popular Spotify playlists 'Indie Arrivals' and 'Broad Chords' as well as placement on international Apple Music playlists' 'New In Indie'. Over his career, Graham has collaborated and toured with artists including Big Scary, Japanese Wallpaper, Emma Louise, Airling, Thelma Plum and Gretta Ray.

Already preparing more singles and a debut EP, don't wait any longer as his music engulfs you and takes you on a musical journey. 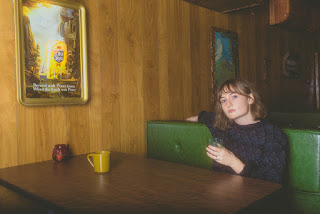 Lady Dan - Misandrist To Most.

Lady Dan has shared her new track "Misandrist to Most" – it's the final piece to be released ahead of her debut album, I Am the Prophet which is out via Earth Libraries on April 23.

It's a real highlight for me on the album, following in the wake of NPR, Stereogum, GoldFlakePaint, FLOOD and Line of Best Fit-tipped tracks, this time addressing the patriarchal systems that dictated Tyler Dozier's (real name behind the Lady Dan moniker) life previously. There are some glorious examples of slide guitar here as well as off-kilter percussion and Tyler's mesmerising voice which has found comparisons so far to Sharon Van Etten and Julia Jacklin.

As a full piece, I Am the Prophet dives into some deeply personal content for Dozier, in a sense tackling lots of the pressure and symbols of authority that she has come up against in her life. Initially hailing from Dothan, Alabama, Tyler grew up in a strictly religious environment, moving to Birmingham, Alabama in her teens to attend a ministry school which was when she began to question the role of the Church in her life.

It was an amalgamation of the Church and a controlling relationship that birthed the crux of I Am the Prophet – a celebration of sorts about ridding the patriarchal restraints that refused her growth, as well as being a frustrated kick at those who've always said she couldn't in life. Each track poses a new narrative, arriving as multilayered existential quandaries of empowerment and restriction, of life and death, or of faith and its absence. 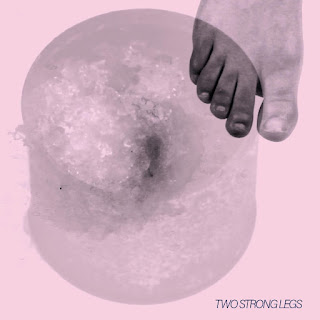 Wyndow is the psychedelic-pop project of revered singer-songwriters Lavinia Blackwall and Laura J Martin. The duo recently announced their collaboration via the sharing of their debut single ‘Take My Picture’ which has already earned support from the likes of The Quietus, For The Rabbits, BBC Radio 6 Music, BBC Radio Scotland & BBC Radio Wales. The pair first met whilst playing on the same bill at Moseley Folk Festival in Birmingham and hit it off instantly over a shared love of the music of Robert Wyatt. Over the years that followed, their paths crossed several more times and eventually the pair began working on a new set of songs together during the first UK lockdown, beginning with a cover of Robert Wyatt’s ‘Free Will and Testament’.

New single, ‘Two Strong Legs’, reflects on those days when nothing quite sits right. When the outside world feels a step too far and thoughts strain to make sense. "If the dog looks like a rabbit and the front door's a step beyond, this is your song” explains Laura. “It's a tune for whacked out worriers lifting weights in the worry gym. Feeling uneasy never felt so easy". Mining the textures of chamber pop string arrangements, topped with arresting multi part vocal performances and with Neuköln synth atmospheres creeping at the edges, Wyndow bring a lysergic dimension to every day internal mind games.

The accompanying video was directed by Jess Swainson. The video plays with the natural elements of snow, wind and water and the malleable fibres of flesh filtered through influences from early eastern european cinema. Innervisions of the natural turned into the unreal abound, mirroring the muddled thoughts referenced in the lyrics and the shifting textures of the sonics.

Wyndow’s new sound is an exciting next step for the duo, both of whom have enjoyed abundant success in their careers to date. Laura J Martin has so far released three critically acclaimed albums. A mercurial and bewitching live performer who interweaves layers of vocals, flute, mandolin and electronics; Laura and her band have toured regularly across the UK and Europe and supported acts such as PJ Harvey, Teenage Fanclub, Cate Le Bon and performed and collaborated extensively with Euros Childs. Lavinia Blackwall’s work with prolific Glaswegian psych-folk outfit Trembling Bells has earnt her a reputation as one of the best voices in the scene, many critics having likened her singing prowess to that of Sandy Denny. Along with Trembling Bells she has released seven full-length albums and performed as the backing band to folk legends Bonnie Prince Billy and The Incredible String Band’s Mike Herron. Her 2020 debut solo album ‘Muggington Lane End’ was extremely well received by critics and fans alike. 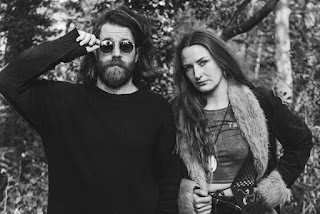 Seafoam Green - House on The Hill.

‘House on The Hill’ is the first single from Seafoam Green’s forthcoming album ‘Martins Garden’. This hard-hitting, good-times rock’n’roll song is an arresting statement on where the band are going, ahead of their eagerly anticipated album, due for release later this year.

Seafoam Green’s upcoming long player - ‘Martin’s Garden’ - is the band's second studio record.  Their debut was a collaboration with Rich Robinson, of the Black Crowes.  Once again, Seafoam Green are collaborating with the artists residing in their own record collections - inspirations steeped in the culture of the Southern States. How do two Irish rock n’ rollers go from talking about the music they love, to playing with the musicians who made it?  It all comes down to the songs they are writing.

Tyler Greenwell - founding member of Grammy Award winning Tedeschi Trucks Band - got wind of Seafoam Green preparing to make their next record, and made it known that he wanted to be involved. It wasn’t long before Seafoam Green were out recording with some of the gnarliest players in the world during a symbiotic week in Atlanta, USA. Dave O’ Grady and Muireann McDermott Long specialise in what we have come to know as Americana. If you want earthy, rootsy, blues, gospel, country, folk, they have it, but what it amalgamates to at this level which has been perfected across two albums and countless live shows is the sound of a glorious rock n’ soul revival.

‘House on the Hill’ is a howitzer of a song and offers early indication of what can be expected from a seminal record with the thumbprints of Tedeschi Trucks Band’s influence on the producer’s console and wider reaching fusion metastasized as two richly embedded cultures collide, namely Irish folk and Southern rock, with TTB’s Greenwell on drums, Seafoam’s O’Grady playing slide for the first time on a record, and topped by the inimitable trademark vocal intercourse between O’Grady and McDermott Long. This is future soul rebel music and bodes well for the full experience of ‘Martin’s Garden’, an album that’s not to be missed.

Seafoam Green’s inimitable collision of Irish Roots and Southern American rock and soul is a unique take on a classic sound. As our two heroes implore on this track, “You don’t need keys for the house on the hill”. Come on in, and make yourselves at home. 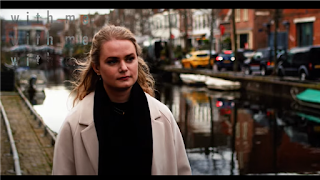 Sterre Weldring - Not With Me.

The video clip of Sterre Weldring's latest single ‘Not With Me’ has just been released. ‘Not With Me’ was already well received and made it to Spotify's New Music Friday. For the video clip Sterre set out on the Amsterdam canals.

Sterre Weldring explains: “The video clip of ‘Not With Me’ is the representation of a situation in which there is no real communication between Sterre and her counterpart, who is never in focus. They go past each other and the result is the realization that he was never really there, ‘not with me’. "

The search for answers, some of which will never be found, plays an important role in Sterre Weldring's lyrics. By describing love and relationships in her songs, she hopes to be able to offer comfort to others who embark on a similar quest. Her previous singles had the same goal and it was recognized by streaming platforms around the world. With major playlists in Mexico and Spain on Spotify, she reached a new fan base.

At the age of 16, Sterre Weldring was still a bit young for the conservatory, but she made a very mature decision: she started studying songwriting at BIMM (Brighton Institute of Modern Music). In between studies, she completely immersed herself in Brighton's rich music scene. While jamming, and playing live, she quickly developed her own sound, which she describes as folk-pop. In concrete terms, this means that her songs have a pop structure, on which she puts a folk stamp on with her characteristic voice. Amy Macdonald is a common comparison.

After a successful 2019, including a place in the final of the 'Grote Prijs van Nederland' and a tour through the country during 'Popronde', the Amsterdam-based singer-songwriter is now releasing her new single. This song is part of her new EP, which will be released later this year. 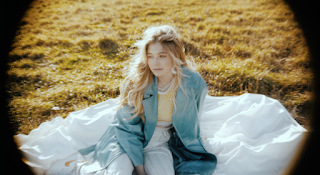 Through her music, rising pop songstress Hunter Moreau frequently steps outside of her comfort zone to express the most vulnerable parts of herself, captivating listeners along the way. Her latest single, "Hazy," is no exception.

“I wanted the video to feel like a warm, breezy, summer's day that causes all of your worries to subside for even just a moment,” shares Moreau.

“I wanted to capture the soft light of summer afternoons, and the hazy hue that comes along with it. We shot the video at Betty's Neck in Lakeville, Massachusetts, which is this enormous, beautiful park near where I live.”

Directed by Mac Lynch, a Rhode Island based photographer, videographer and mixed media artist, the video for “Hazy” is out now. 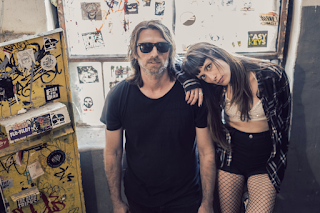 Lyrically, Shadow Monster explores themes of loss, depression and isolation. If you're into Elliott Smith, Weakened Friends, Helium, and Kills Birds, your ears are going to love Shadow Monster. Their new video "Kill Me Sweetie," is the final release from their LP "Punching Bag," which is an artful masterpiece from start to finish.

Shadow Monsters sound is vibrant, captivating and bold as they bring a vision to the table that is truly their own. It's hypnotic and smooth, yet raw, vibrant and dark. They bring the best of all worlds. The video perfectly encapsulates the essence of the duo, and goes above and beyond to impress your ears.