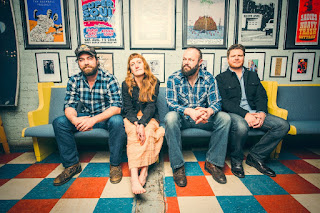 There’s no doubt that the coronavirus pandemic has challenged every artist to think differently about their work, but Amanda Anne Platt and her band, The Honeycutters, are probably one of the few inspired to work on an innovative project at once more sweeping and yet more intimate than anything they’d previously done — a concept suite built from songs recorded under the straitened circumstances of quarantine and envisioned as a “deconstructed album,” released, not as a package, but in a monthly series of paired singles.

For the first Organic Records release, Platt has chosen two numbers — "New York” and “Open Up The Door” — that exemplify the project’s essential concept of duality and its ultimate title: The Devil / The Deep Blue Sea. As she explains, “I’ve always liked that saying. For me, the two groupings of songs represent different sides of the creative process, with The Devil including the more manic, upbeat, outgoing — maybe even grotesque at times — and The Deep Blue Sea being more reclusive, contemplative, understated. As an artist I’ve spent a long time judging myself when I’m at either extreme, so it’s nice to have an opportunity to celebrate the balance they provide one another. As a good friend of mine put it, ‘Sometimes you’re drowning in The Deep Blue Sea and you need The Devil to pull you out.’”

With Evan Martin’s nervously insistent cymbal taps, rolling keyboard and steady drums underpinning a pared-down, two-chord progression, “New York” offers listeners their first glimpse of The Devil — and a bit more of a pop sensibility than is usual for Platt. It’s a note of departure, a message of admiration, and an image-laden, poetic love letter to her home state that carries plenty of punch in Matt Smith’s electric guitar and bassist Rick Cooper’s simmering bass lines.

“‘New York’ is a song I wrote when my parents were selling the house that I grew up in,” the singer recalls. “I hadn’t lived there for a long time at that point, but it came at a time when I was saying goodbye to a lot of people and places that had meant home and comfort to me, and it just felt like kind of a final break from something I had been. This makes sense to me as the first ‘A side’ for just that reason- goodbyes sometimes make the best beginnings. We’re not in Kansas anymore… or New York.”

The first “B side,” on the other hand, serves up a more melancholy meditation on creativity, artistic ambition and, perhaps, the enforced idleness of quarantine. In "Open Up Your Door" the mournful sobs of the steel guitar (Smith), and the warm, R&B flavor of Martin’s electric piano echo Platt’s wistful tones, as she looks back at “all the miles I tried to fly on broken wings” to recall “those hungry days we had, And dreams that kept us up ‘cause we wanted them so bad.” And while the narrator offers that “tonight I think I’d trade every memory I made to get that back,” she still offers a wistful toast to hope as the song subsides into an instrumental coda that is somehow sparse and lush at the same time.

Still, Platt’s wit emerges when she notes, “‘Open Up Your Door’ in title alone would have been a good kicker for the B sides. It’s a call to the muse — don’t forsake me, I’m still here and I have all this shit to make sense of.” And irreverent though it may be, that’s a sentiment that augurs well for the entire series to come, The Devil / The Deep Blue Sea.
Amanda Anne Platt · New York / Open Up Your Door 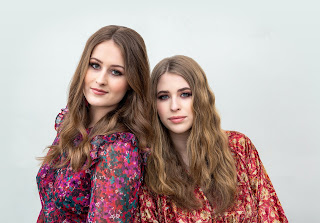 Pop-country duo Render Sisters from Pine Bluff, Arkansas continues to grow as up-and-coming singer-songwriters with their harmonious new upbeat single “Black Roses,” available across all major digital music platforms (linktr.ee/rendersisters) on Friday, April 2. However, fans can listen to the new tune now on their SoundCloud. Stella and Mary-Keaton Render co-wrote the song with hit-making Nashville songwriter Britton Cameron (Don Williams, Jon Pardi, Dillon Carmichael), who's been writing with and developing the sister duo since their emergence in 2020.

“Black Roses was such a fun and unique song to write with Britton,” said Mary-Keaton. “We laughed and joked around about roses not always symbolizing true love, and how black roses demonstrate the reality of what relationships can become.”

The Renders Sisters also have a brand new video for “Black Roses” which they’ll premiere in the coming weeks. Shot in and around Nashville, the video was Directed by country music icon Pam Tillis, who has been mentoring and working with the girls on the artistic direction of their music videos since last year.

“We had such a blast working with Pam while she directed our fun-filled video,” Stella laughed. “She always has a great perspective on how to best visually portray the song’s message. The energy we felt with her while filming was simply amazing. My favorite part was getting to eat the yummy donuts during the video!”
Render Sisters · Black Roses 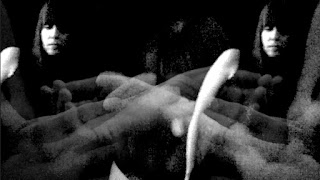 The video was shot on Vickie's Photobooth computer app in her apartment during the pandemic when in-person creativity was not a possibility. Much like Violent Vickie's epic Serotonin project, the black and white video features the counterculture design and aesthetics that visual artist AJ Strout has presented at goth clubs throughout Los Angeles.

"Circle Square" is a gloomy, noisy electronic track with forlorn and haughty vocals that, conceptually, is an exploration of the illusion of not belonging. Released on Violent Vickie's Division LP in September 2020, "Circle Square" is a mix of techno/electro beats and noisy synth texture reminiscent of the dark techno tunes that Vickie once partied to in Oakland warehouses. 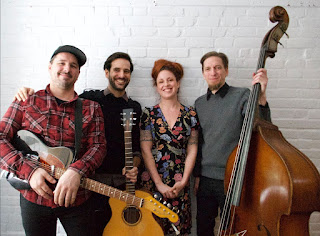 the Slowinks - Stay With Me Awhile.

Get ready to kick up your heels, because today Montreal's The Slowinks release their debut album Stay With Me Awhile on (weewerk) and all digital platforms.
With a sound that combines Classic Country, Jazz and Western Swing, Montreal’s The Slowinks have successfully charmed their hometown and are now poised to do the same to the wider world. Stay With Me Awhile was recorded in February 2020 by acclaimed Quebec singer/songwriter Fred Fortin at his home studio in the wilds near Lac Saint-Jean, with its eight tracks capturing The Slowinks in their purest form yet.

Fronted by powerhouse vocalist Felicity Hamer—formerly of United Steel Workers of Montreal—the drummer-less combo also features lead guitarist Martin Tremblay, rhythm guitarist Olivier Pépin and double bassist Mathieu Deschenaux who together infuse their original songs (plus covers of the Tin Pan Alley standard “Ain’t Got Nobody” and the soul classic "Let Them Talk") with an undeniably modern energy, while adhering to tradition.

Listeners got a taste of The Slowinks' at their rowdiest on the album's first single “One Shoe,” on which Felicity cuts loose in full Rose Maddox-meets-Neko Case fashion. However, Stay With Me Awhile also delivers its fair share of  heartache on songs such as “Nobody But You,” while the band proves to be just as potent en français with “Solange.” In fact, Stay With Me Awhile’s haunting title track began life as one of Martin’s demos with French lyrics. Felicity chose to write new lyrics in English to reflect her own experience of trying to hold onto someone she lost, and in the process gave the song an entirely different power.

Felicity says, “Just weeks after our return from recording, the pandemic hit Montreal and the song has since taken on even more meaning. This is just one of those songs that feels like a memory—‘These streets are filled with ghosts, hard to crack a smile. I miss you the most, stay with me awhile.’”

Indeed, one of the great joys in listening to Stay With Me Awhile is in knowing it was recorded just before the pandemic, when there was still fun to be had. Those days will come again, hopefully sooner than later, and The Slowinks are ready to provide the soundtrack.