We have a beautiful new single and album from Egghunt's latest signing Lizzie Loveless, AKA Lizzie Lieberson of beloved indie-pop group TEEN.

Lizzie's songwriting feels sophisticated and refined to me in a way that reflects her years of experience in music, but without sacrificing any emotional directness. Her songs have a momentum that I find intoxicating, something you can hear in particular on "The Joke" or "Loveless" - enhanced by a rhythmic delivery and attention to words that sets her style apart from a lot of her peers. And of course, there are hooks for days. I was pretty tempted to list the whole album under "recommended tracks."

For Lizzie Lieberson, writing a song is an act of letting go. As Lizzie Loveless, the New York-based artist weaves together her experiences on the road as a touring musician, ruminates on her past relationships and offers an optimistic reprieve for the future. As a member of TEEN alongside her sisters, from 2010-2019, Lieberson has taken the past couple of years to get to know herself again. Debut solo full-length You Don’t Know marks a new beginning for the songwriter: an exhale after the transition of everything she once knew and a warm, yet poignant goodbye to the past.

Over the last five years, Lieberson has been quietly piecing together ideas and compositions for You Don’t Know, writing in-between her hectic TEEN schedule, whether it was in an old apartment in NYC, under the watchful gaze of the redwoods in California or immersed in the stunning natural beauty of her hometown in Halifax, Nova Scotia. While the record comes with the heaviness of heartache, there’s a cathartic charge under a blanket of electronic soundscapes that allow Lieberson’s meditations to manifest with a hopeful flourish. 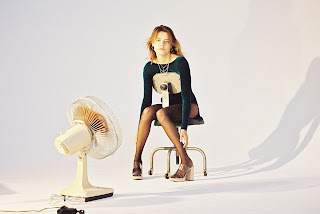 Sara Bug - Back In Nashville.

"I set out to write a cheesy country song and I did, but Back in Nashville is for someone really special to me. But every time, it gets harder to go back to Nashville alone because truth be told I hate living in the city.

Back in Nashville is kind of about hating Nashville. It’s also about someone who’s really special to me who lives far away. Every time we see each other it gets harder to go back to Nashville alone."

The ten songs on Sara Bug’s forthcoming self-titled debut album were not meant to be shared. A culmination of seven years of her life, these songs were journal entries that reckoned with defining herself. Growing up in New Orleans, Bug imagined herself to be a successful songwriter. “I was so deep in the music. ‘Oh, I'm going to be a famous musician. When I get out of high school, that's what I'm going to do. I'm going to go have a career in music,’” she explains. “I think I held on to that for so long, I had finally kind of let go, like that pressure. Now it was just fun.” This eponymous project embodies Bug’s journey away from the expectations of others and her younger self, allowing her creative freedom.

Sara Bug opens with a lush, symphonic ballad about desire. “My whole life through, I want to die with you,” she sings tenderly on “Die With You.” Romantic and a bit morbid, Bug opens with the oldest song on the album and takes us to that time when the urgency of her happiness began pushing against the pressure of others’ approval. It's easy to get lost in the dreamy guitar strums and sturdy bass lines, Bug’s voice sharp and clear against the country-psych rock combination.

A close listen reveals that Bug is letting the listener into the most poignant moments of the past years with sincerity and ease. She takes us on reflective motorcycle rides, whether literal or desired, for “Rosebank” and “Ride On Sundys.” She details the loss of a family member and a trip back home from her then-residence in New York on “Lotta Pride.” Inspired by the detailed storytelling of Dolly Parton and Neil Young, Bug leads across state lines and along her timeline of personal growth with unconventional, vivid song structures. 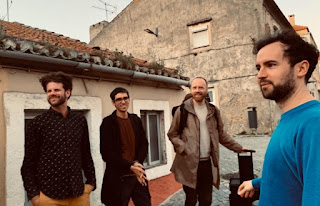 On June 18, Blurry The Explorer will release their debut, self-titled album--a playful, shape-shifting record inspired by gut feelings, miraculous experiences, and unbelievable coincidences. The soundscapes on the album bounce around each song's unique sound-world with great ease, modestly showing off this group of diverse musicians' talents while giving modernized poetic nods to their influences.

Blurry The Explorer have shared their debut single, "Yoru Ni Yuku," featuring the inimitable Tenniscoats on vocals and saxophone. Gustin describes the track as "A James Bond song that never was and never will be.” The single arrives with a video (created by Gustin) that was made by sifting through and editing together archived science and medical films from the 1940s.