Toronto’s Dorothea Paas is today sharing her new single, "Waves Rising", coming just ahead of her debut album, Anything Can't Happen which is out this Friday, May 7 via Telephone Explosion.

The record was put together between Hamilton, ON and Toronto with mixing duties helmed by Max Turnbull (Badge Èpoque, U.S. Girls) and Steve Chahley whilst taking in members of Little Kid and Robin of Bernice. Over the last decade or so, Paas has worked with a number of Toronto-based projects, cementing herself as something of a stalwart in the city – these include (but are in no way limited to) U.S. Girls, Jennifer Castle, Badge Èpoque Ensemble and more.

Anything Can't Happen arrives from Doro's own push/pull relationship with the church, Paas initially felt uncomfortable about religion's utilising of music to control people and their emotions – now, however, Paas wants to tap into that idea, questioning the power and ability that music has to cause transcendence.

I find her way with lyrics to be pretty compelling, offering these fairy straight forward observations but embedding them with this universal wisdom which to me feels quite a feat given it's only her debut record – there's a lot more depth to this than the debut would necessarily suggest. 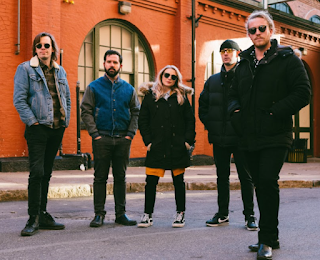 "When the pieces first came together, it was about trying to escape but never being able to move on; like chasing after something intangible,” said The Backstays’ Serenna Chapman of single ‘Forever Gold Bricks.’ “I'd say this is a cautionary tale about how running away, towards empty, superficial things ultimately never works."

"’Forever Gold Bricks’ is meant to be part of the ebb and flow of the album,” said The Backstays’ Pete Johnston (he/him). “Because so much of making this record was us learning how to fit these different sonic elements together, we wanted to take each song somewhere new, to see what sounds lent themselves to different stories." 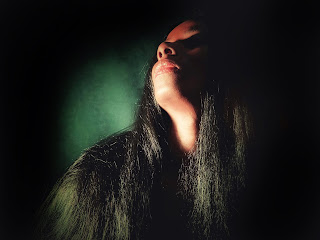 Emerging artist, Izzy Gazelle makes her way onto the rock scene with raw passion. Her new single “DOWN” is determined to cut out all the unnecessary noise. The hard-hitting track is released today May 4 on music streaming platforms.

Written and produced by Izzy, “DOWN” was inspired by the current sociopolitical climate. She says, “I think we're in a place in history where we have an abundance of information, some of which can be misleading around political or social justice issues and so I want this song to promote the idea of standing up for one’s self and staying curious about the facts and truths as opposed to being mere consumers of information." Her vocals are raw and reinforce her message with urgency, singing “Do you wanna get on your knees?... Don't you let me down,” amping up the bass and rhythmic riffs on the drums. She’s made the choices clear—fall at the mercy of deception or stand against it.

Izzy Gazelle is an artist based in Boston, Massachusetts. She describes her sound as a combination of raw rock & roll and blues with extra sauce. She cites Howlin’ Wolf, Tina Turner, Led Zeppelin, James Brown, Queens of the Stone Age, Bad Brains, and Jimi Hendrix among her influences. Izzy kick-started her music career in 2019 with a vibey stripped-down psychedelic rock cover of Post Malone’s “Sunflower”. She followed up with a dramatic slow-building, thought-provoking “sleep tonight” single in the wake of George Floyd protests and social injustice in 2020.  A modern DIY artist, she writes and produces to fully establish her vision. She is currently writing new material.

“To me, it’s about making good noise and bringing good vibes— the good, the bad, and the ugly even when it makes us uncomfortable.” says Izzy.