East London 7-piece psych-pop collective This Is The Deep today release their debut EP 'The Best Is Yet To Come (Part 1)' - out now via B3SCI Records, with new track "Let Her Go" also out now.

Over the last two years This Is The Deep have quietly established a cult live following through support slots with HMLTD, PVA, and Family Time, as well as their own sold out cross-over events at venues such as Windmill Brixton, Moth Club and The Shacklewell Arms, combining immersive art and video installations with live performances from acts including Sinead O'Brien, Opus Kink and Baby Vanga.

Written, recorded and produced by the band at 'The Sauna' – their HQ in Hackney Wick – the EP is a wildly inventive introduction to the band. Across its 8 tracks, the band switch seamlessly between explorative psych-rock, glitchy art-pop and stomping indie rock.

What started out as late night recording sessions between flatmates Ranald Macdonald, David Bardon and Oscar Robertson - quickly spiralled into This Is The Deep’s carnivalesque troupe of seven musicians.

Drawing as much from artists such as Suicide, Death Grips, and the scores of Angelo Badalamenti (Twin Peaks, Blue Velvet) and Ennio Morricone, as from the glittery pop-disco of the Scissor Sisters, This Is The Deep weave together personal stories with wider ideas and anxieties about the times we’re living through - from the loss of ‘real’ experiences to the feeling of being constantly watched by technology.

"Ultimately, we want to transport the listener somewhere completely different with the music.  A landscape that can offer a different perspective on the real world or a just place to enjoy and escape from it," the band explain. "To us, The Best Is Yet To Come (Part 1) isn’t saying that everything is getting better. It’s about feeling that things today aren’t ‘The Best’ and although you can’t say exactly what it will look like, hoping that one day something better will come."

This Is The Deep consists of post-punk royalty Susie Honeyman (Mekons) on fiddle, Sammy Silue on guitar and vocals, Ranald Macdonald on synth and vocals, Hannah Tilson on trombone and vocals, David Bardon and Oscar Robertson on bass and drums, with electronic drums and percussion from Liam Toon. 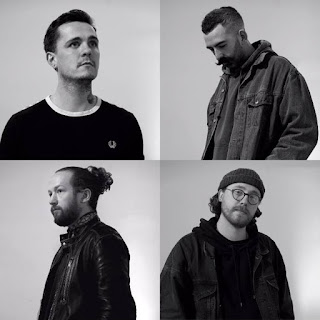 Laurence Murray Project recorded their sophomore release ‘NPD’ at the UK’s most remote recording studio: Black Bay Studio on the Isle of Lewis, Outer Hebrides, Scotland. This setting helped create the sense of intrigue and mystery to this stunning psychedelic and rock infused single.

Featuring swirling twelve-string guitar parts, vibraphone and audacious drums reminiscent of late 60s and 70s Psychedelia, ‘NPD’ is both pleasing on the ear and edgy with Laurence Murray’s gritty vocal summoning smoky emotions. Lyrically, the track involves a dark take on themes of deceit, infidelity and delusion, whilst adventurous instrumentation and percussion parts create an apt musical backdrop for an exploration of the complications and intricacies involved in a modern-day romantic relationship.

On the single, Murray explains, ‘“NPD” is ultimately a track about duplicity and how we are all susceptible to manipulation at any given time. It’s about having a light bulb moment where many seemingly small & insignificant red flag moments come together at once to create a much larger picture.’

“The lights are on and the room is empty” is the sudden realisation of being duped all along. The screaming guitar solo and outro section of the track acts as a symbolic release from being controlled and abused. It is a ‘shackles are off and now it’s time to heal’ symbolic moment of Laurence Murray Project’s debut 11-track album ‘Still’, set to be released in mid-late 2021. 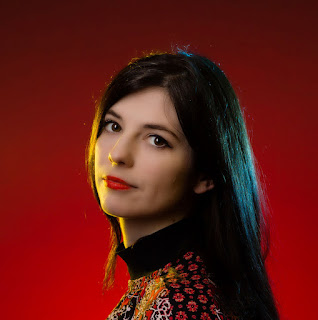 Rising singer-songwriter Roxanne de Bastion announces the release of her cathartic second album ‘You & Me, We Are The Same’. The ten songs were written by Roxanne, then recorded and produced with Bernard Butler, during the two-year period Roxanne was losing her father. However, ‘You & Me, We Are The Same’ is not a sad album. It has moments of euphoria, of fun, of falling in love, as well as falling apart, because as Roxanne explains “all those things still happen, even in our darkest chapters.”

As producer Bernard Butler explains “Roxanne sings great modern pop songs about being Roxanne in 2019. I really enjoyed making this album, I think we created something emotional and special.”

New single ‘Molecules’ is a slice of hypnotic, invigorating and intelligent dark-pop fusing elements of psych, folk, and a love of late 60s production, with Roxanne’s sound taking inspiration from artists like The Beatles through to Regina Spektor. Roxanne’s pure vocal is both contrasted and complemented by the screaming violins and vigorous guitar riffs, the latter, alongside the video’s stylised black and red silhouetted imagery, a nod to The White Stripes’ influence. The track’s drum sound is actually clapping and Roxanne hitting things like tambourines and floor toms in Bernard’s living room.

Lyrically, ‘Molecules’ raises some divine questions in its refrain “You can shout at molecules and see them react…that might be God, they might have mislabelled that.” As Roxanne explains “What if we got it wrong? If there is such a thing as divinity, maybe it’s more on a modular level.”

To celebrate the album’s release, Roxanne de Bastion has announced she’ll return to the Moth Club, London on 12th October, with full band and live audience. The show marks a year since Roxanne’s virtual gig at the venue during the start of the pandemic, which was broadcast worldwide and recorded for her 10” vinyl ‘Live at Moth Club’ EP. 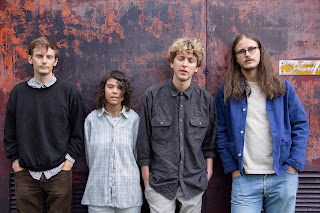 Stockholm four-piece Melby have constantly been growing since their debut with catchy single 'Human' in 2016. In 2019, the band released their acclaimed debut record 'None of this makes me worry' which was followed by tour dates all over Europe. During the pandemic in 2020, the band have worked on new material in a new way. From these sessions, we've previously heard the prog/psych inspired 'Common Sense', the dreamy but melancholic 'Old Life', 'Somewhere New', a dynamic track inspired by classical counterpoint composition and the indie pop gem 'Magic'.

New single 'Concorde' is another taste of the band's dynamic indie pop, psych and folk blend that continues to win them fans with every release and step they take. 'Concorde' might just be their smoothest track to date, as they in their own way resemble contemporaries like TOPS, Tennis and more.

Melby tells us about the new single: "Concorde is a song about the luxury that is always dependent on other people."

On 'Concorde', Melby continues to cement their role as one of the most interesting Scandinavian acts around, a band so home and accomplished within their sound that they're now ready to continue to experiment with it without losing their characteristic. The new material was mainly written and straight-away recorded in the studio in close collaboration with producer Alexander Eldefors, this is a completely new way for a band that previously in many cases have toured material for years before recording them.