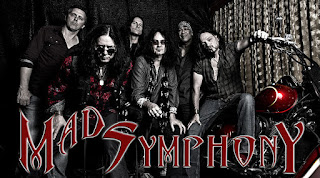 Mad Symphony - The Next Door.

Mad Symphony has released its debut self-titled album worldwide on MR Records. The band also recently world premiered the video for The Next Door. Talking about what was the inspiration for the video The Next Door, David Groves said, "The Next Door is a song about trying to make the right choices in life for ourselves and how those choices don't always work out the way that we had hoped for or planned.  Game shows such as The Price is Right and Let's Make A Deal were the perfect backdrops to dramatize this lyrical theme in a compelling and often comical way."

As to why did the band pick this song for a video, David adds, "The Next Door is a song that perfectly encapsulates all the elements that make up Mad Symphony. Soaring harmonies and melodies are woven through interesting and ever-changing rhythms. Chunky guitar riffs blend with the bass and keyboards in a cacophony of instrumentation. Mostly though, we just wanted to see our lead guitarist get decapitated by an angry rabbit....and this song is perfect for that!"

“It ain’t over, never over, ‘til we do it all over again!” is the hook-line and rallying cry from Vancouver-based melodic prog-rockers Mad Symphony on their forthcoming single ‘Do It All Over Again.’ While channeling the sounds of classic rock bands such as AC/DC, The Who and Led Zeppelin, Mad Symphony infuses their songs with modern elements of heavy guitars, elaborate keyboards and massive vocal harmonies to create a sound that is both contemporary and instantly recognizable by music fans of all ages. Examining the themes of love, loss, and betrayal with songs such as ‘Sell Me Out,’ ‘Reality Check’ and ‘Wasted in Oblivion,’ Mad Symphony seeks to illuminate the pressures and struggles faced by all who live through these confusing and rapidly changing times. 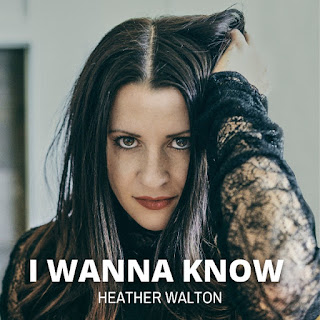 Born in California, Heather Walton is an American singer-songwriter living in Utah, USA. She composes her music with the acoustic guitar and piano, her favorite being the electric guitar. Some of her influences are: Celine Dion, Mariah Carey, Whitney Houston and Christina Aguilera (all the divas). Along with Elton John, one of her favorite artists.

As a contemporary vocalist that adores romantic music, Heather is aspiring to achieve this vibe in her upcoming work. She enjoys tapping into her feminine and sensual side, her most authentic nature. She hopes to spread light with her music and lyrics, as her mission is to help all feel love, the highest of all values. Heather started releasing covers on YouTube in 2018 and was discovered by a Canadian mastering engineer, François Rocheleau.

He began mastering her covers and encouraged her to release original compositions. In 2020 she was contacted by Mtec Academy Music Production from London, UK. They released 7 singles together. Early 2021, Heather signed with the renowned Italian Sonos Music Records Intl. Label (Maffucci Music). Out in May her new single “I Wanna Know” which will be the first of a long collaboration with them and the arranger Ermanno Corrado, who runs his recording studios and video production facility.

I want to know more about the possibilities of the purest human emotion… love. This is the basis of my new single “I Wanna Know.” It’s an anthem for the world, but especially dreamers. About a big ideal based on one’s innermost desires and feelings that have a deep meaning in the most passional way. It’s about overcoming boundaries and quest for light. My hope for “I Wanna Know” is that it will spark the listener to analyze their deepest desires on the subject of love, and then strive to reach new heights in their relationships, emotions, fantasies, and dreams. Love is the highest of all values after all.