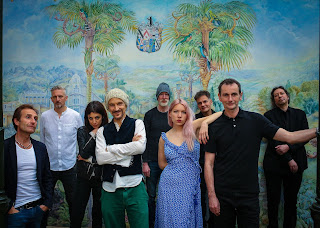 James - All The Colours Of You (Album)

UK alternative band James have released their new album All The Colours Of You. James will perform tracks from the new record and many more from their rich catalogue live this summer, across festival dates in the UK and Europe.

James’ sixteenth  studio album, All The Colours Of You was recorded in part before the Covid pandemic struck and is produced by the Grammy award-winning Jacknife Lee (U2, REM, Snow Patrol, The Killers). Matching the energy of the lyrics, Lee brought a fresh approach to James’ sound, working remotely from his studio with Booth (Lee’s Topanga Canyon neighbor) and liaising in a daisy chain with fellow band member Jim Glennie, reimagining their demos, and capturing the band in all their virtual glory.

The result is a record with the most fresh and festival ready tracks of their 39-year career, the sound of one of Britain’s best bands, deconstructed and reassembled by one of the world’s most renowned producers.

Since their breakthrough single in 1991, “Sit Down”, James have released fifteen studio albums, selling over 25 million copies in the process, and performed countless headline shows and festivals across the world. Many in the US will know James from their 1993 hit “Laid” which charted on the Billboard Hot 100, was featured as the theme song to the American Pie movies and has appeared numerous times in film and tv over the years. They continue to be a huge live draw, having sold 60,000 tickets for a UK arena tour scheduled for this November and December; a tour which has sold faster than any previous James tour. Their last US tour dates were a 2019 sold out, national run of shows with the Psychedelic Furs.

James · All The Colours Of You 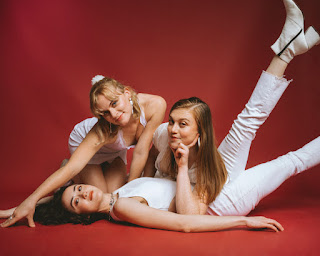 NY-based group Spud Cannon are sharing "Lovely," the final single off of their forthcoming new album, Good Kids Make Bad Apples. I was hoping you might get a chance to check it out and consider featuring it in some way.

Ari Bowe (keys, vox) shares, "When I wrote this song, I thought of it as the song I would write if my (then) boyfriend broke up with me. Funnily enough, I completely foreshadowed the end of that relationship -- my ex broke up with me barely a month after I wrote “Lovely.”

The verses are all about wanting to go back in time, not understanding how to move forward, and the what if’s that inevitably run through your head. The chorus came together pretty easily. During the writing process, Meg used the word “Lovely” as a stand-in before we had lyrics, and I ran with it.

That word inspired the song, and the bittersweet vibe of the instrumentals pushed me in the direction of a breakup song. But it’s also uplifting in a way: You’re going through a painful process following a breakup, and you feel consumed by the loss you’re feeling, but you know it hurts so badly because of how lovely the good times were." 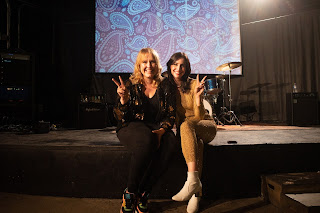 Howard Mordoh, 69, is a retired clinical laboratory scientist, a southern California native, and possibly the world’s biggest concert enthusiast. He has been a notorious fixture of the Los Angeles music scene for decades, attending five to eight concerts per week since the 1970s and always dancing to his fullest. Easily recognizable thanks to his long white hair and spirited dance style, Mordoh’s love of live concerts spans genres and venues just as long as he can keep dancing. "Howard Mordoh is a one-man dance party, always ending up in the ‘Front Row,’” Fodor explains. “This song captures the joy he exudes when dancing to live music.” With the cancellation of live concerts in 2020 due to COVID-19, Mordoh has had to get more creative to keep dancing.

The process for the song started in Henry Ingraham’s home studio because safety protocols were still in order due to COVID-19, but as the city of Los Angeles slowly reopens, they were finally able to get together with Mordoh to shoot a video for “Front Row.” The music video was directed by Jen Fodor, who also produced and directed the documentary alongside Scott Sheppard. For the music video, Nadia Vaeh, who co-wrote the song with Fodor and Ingraham, compliments the song's retro beat with her glittery gold tracksuit while she belts out catchy pop lyrics. The rest of the band is also decked out in 80’s flair, including Howard Mordoh, who dances his way to the front of the stage. As the song peaks, the band is joined on stage by Fodor and Mordoh, resulting in a full-blown dance party.

The “Front Row” music video is a reminder not to take life for granted. This is indicated by seeing how happy Howard Mordoh is throughout the video to finally be dancing to live music again. Nadia Vaeh and Jen Fodor want listeners to continue to remain hopeful and optimistic about the future of live music. 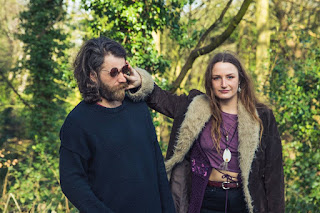 Seafoam Green - For Something To Say.

Americana-folk-rock force Seafoam Green continue to impress with the third single from the LP, ‘For Something To Say’.

‘For Something To Say’, is the opening track of ‘Martin’s Garden’ and instantly pleases with fuzzy jam-band grit and sunshine harmonies, oozing with guitar solo twang and expansive organ vistas. It’s a rollicking journey through the band’s retro influences, flecked with their own unique twist that encompasses Americana influences and the band’s roots in Liverpool and Ireland with a nod to modern folk-rock bands like My Morning Jacket, Band Of Horses and Deadstring Brothers.

On the new single Dave O’Grady says, “For Something to Say is a glimpse of things we have seen/thought and experienced on the road; be it USA or Europe, a new story unfolds in front of us everyday and it's quite the adventure!”

“We are an old school “road band”, we love to travel and spread our music”, he explains “…plus it’s the only way we make a living…“Ive see the sun set twice today” is how it can feel when you’re on a 1,000 mile drive between shows but you've gotta to make it!”.

“I burn my feet for something to say”, - touring and travelling (especially squashed into a hatchback with gear for months) can be very hard on the mind and the body but we do it to gain and share our experiences through our music.”, O’Grady expands. 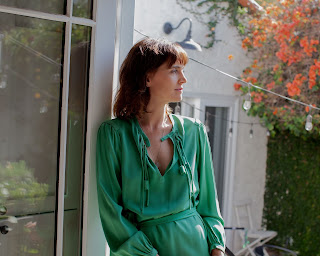 “This collection of songs is a cycle of seeking and finding - often with an unexpected outcome, but catharsis nonetheless,” says Wyler. “I am expanding/digging, coming to terms with untimely death, experiencing deepest love, emerging from heartbreak, lighting the fire of resistance, celebrating female solidarity, passion, fury, the cosmos. Lighthearted stuff like that."

A California native, Wyler released her 2013 debut Through The Noise while living in London. The album was praised by the likes of Nowness, Songwriting Magazine, Indie Shuffle who described her sound as “incredibly moving and luscious,” and Clash Magazine who called her music “subtle, delicate and very beautiful.” Closely following that album’s release, Wyler had a young son with a number of demanding medical needs. “It was my honour and privilege to make him my priority,” says Wyler. “Being a mother is and always will be my first job ahead of anything else.” During this time, Wyler found herself in a bit of a creative “freeze-over” as she calls it. “It was like I could see songs, ready to be born, but I couldn’t access them somehow.”  As things calmed down at home, however, her creative freeze began to thaw.

Now Wyler is returning in full force. Earlier this year Wyler shared Upside Now’s first single “The Calling”. The song was featured on a number of top Apple Music playlists including New Music Daily, New In Alternative, and Wax Eclectic, and was used as the opening title music of the new Amazon Original Series Tell Me Your Secrets. 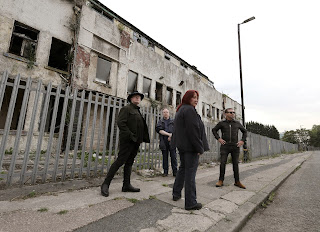 The Speed Of Sound - Replicant / The Melancholy Rose.

Replicant: Driven by acoustic guitar and exuding a joyous hip-swaying bouncing beat. Replicant playfully asks questions about the very nature of human existence. Offering a foretaste of the themes of the upcoming full length album. Here too, The Speed Of Sound draw heavily from their Science-Fiction influences. While Replicant seems to inhabit the same universe as Blade Runner it also carries another message from the corporate world. Where modern job interviews appear to have evolved into some kind of reverse Voight-Kampff Test; instead of designed to detect replicants, the purpose is to determine if the applicant has unfortunately retained any human characteristics, or will - as hoped - mechanically follow scripts and instructions. Do Androids dance to analogue music? We don’t know, but point your arm and shout along with the chorus.

The Melancholy Rose: Shimmering summer pop for shaded people; languid open and drifting, a gothically tinged piece of romanticism lies atop a sparkling guitar riff and a tale of the first rose of the year to bloom. Ahead of its time and alone, but merely the trailblazer showing the way and heralding the coming change. A celebration of the sudden bursting open of summer itself and an invitation to tune out from the background white-noise of civilisation and relax. To exist in the moment and enjoy the things around us. The Speed Of Sound are known for their power, yet this displays their soaring delicate side. Guest vocals are provided by one of pair a blackbirds that nested (and successfully fledged four chicks) among the dense honeysuckle and ivy of John A’s back garden during lockdown.