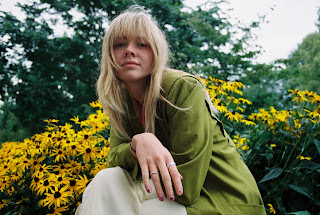 "If I was further from you I’d get it all  / your face looks the same / as if I was floating around in dead air for months or days" Appeldoorn sings atop a wave of atmospheric synths, funk-filled bass lines and skittering percussion -  as she reminisces in the aftermath of a tough break-up.

Speaking on the track, Mazey Haze said: "The song is about me feeling the lowest and loneliest I’ve ever felt in my life. I hadn’t built lots of friend relationships yet and I forced myself to be alone with myself. It’s about missing the guy I thought I was in love with. It’s a stream of thoughts that were circling around in my head all the time. It was the first time that I realized I wasn’t able to be happy by myself and was very dependent in the past relationship. Suddenly I had to meet and get to know myself, something I had never done before. When I wrote this song I was still running away from it all."

A neatly delivered juxtaposition; sonically "Sad Lonely Groove" feels free and overwhelmingly positive, a cathartic reaction to the experiences that led to the initial idea for the song. Reflective, insightful, often wistful and always unashamedly honest - Mazey Haze's songs emerge from deep within, channelling an authentic expression that naturally surfaces with only the humble hope that the listener might feel less alone and more connected.

Growing up surrounded by music from ABBA, Tears for Fears, Talk Talk, Fleetwood Mac and The Bee Gees, Mazey Haze started writing songs at age 13 before recording full demos on her laptop by the age of 16 - experimenting with different genres, sounds, decades and production elements. Combining these influences with her ability to write songs that digest and express her deepest and darkest feelings, Mazey Haze is now ready to share her first creative offerings with the world. 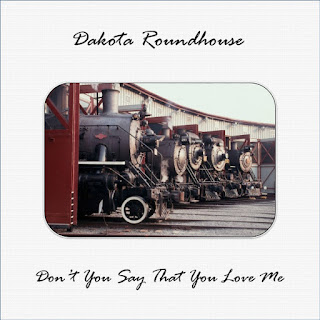 Dakota Roundhouse - Don’t You Say That You Love Me.

Background from Jon Fields: I'm a lyricist and producer originally from Kansas City, USA. I’ve been involved in music most of my life and have produced several CDs on my own over the years.

Dakota Roundhouse is my latest studio project. I'm working with other artists and studios remotely on an album. This single is one of the songs that will be on it. I hope you enjoy listening to this as much as I enjoyed writing the lyrics for and producing it.

What inspires my lyrics? Every good song starts with a good story and not all good stories are necessarily happy stories. I have a lot of stories to draw upon in my life. 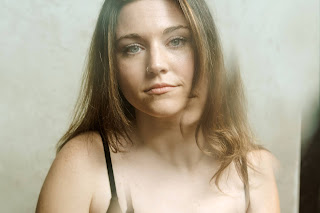 Nashville-based indie-folk artist Bridget Caldwell has shared her debut single, “Pharmaceuticals”. The track comes from her EP, Kingmaker due out on August 6th.

While “Pharmaceuticals” takes an uptempo instrumental approach, lyrically it’s a sensitive examination of a fractured relationship.  Caldwell penned the track with songwriter Luke Preston, who was in the midst of a similar situation. What started as a conversation shared over a hardly palatable bottle of Barefoot turned into a song that speaks to the heartache of loving someone you can’t save. Caldwell explains, “We shared the feeling of despair watching these people in our lives that we loved so much just disintegrating, and thinking, ‘What can I do here?’ And coming to the conclusion of, ‘Well, not a lot.’” Caldwell continues,    “I think that's something that many people experience - but we wanted to write it in a way that didn't sound judgmental.” For the songwriter it’s the real life-observations from a relationship which taught her one of life's hardest lessons: no amount of love can will a person to change.

Bridget  learned about life’s unpredictable highs and lows growing up in Salem, Oregon. With a laugh, she describes herself as a “hammy, emotional, chaotic, child.” Cast as the lead in a school play, she got the musical theater bug early and went on to train extensively. But towards the end of high school, a severe bout of mono resulted in a surgery that significantly altered her singing voice.

Devastated but determined, Caldwell moved to Nashville to attend Belmont University and ultimately realized that her “new” voice was actually better suited for the new sound that she wanted to achieve. At the same time, watching her classmates encouraged her to expand her own skills beyond performing. “I got swept up with this group of ragtag kids, and everyone was writing songs,” she says. Leeds art-rock outfit Mush share their new single “Peak Bleak” - the first glimpse from their new limited edition green 7” single that will be released as part of Record Store Day 2021, alongside the track “Clarion Call”.

Never ones to rest on their laurels, the new single "Peak Bleak" immediately follows up their hugely acclaimed second album “Lines Redacted" and sees the band further exploring the outer reaches of art-rock in truly bleak circumstances, as lead-singer Daniel Hyndman explains: “I had to buy an ebow to record this song, which left me skint for the month. The song was previously called 'peak good' but the title was changed to reflect the feeling engendered by having to spend £100.”

Mush’s new album “Lines Redacted”, which includes the BBC 6 Music playlisted single “Blunt Instruments”, received a wave of critical acclaim upon its release in February. Glowing reviews from UNCUT "One of the finest British guitar records of recent years", Pitchfork "Rallying against aggravating, absurd political realities with passion and humor", Dork "'Lines Redacted' feel as though it belongs precisely in the here and now" and more. 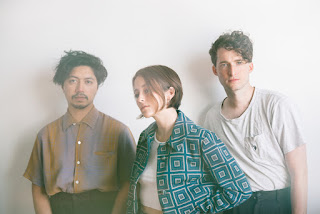 Nation of Language - Across That Fine Line.

Having released one of the most acclaimed debut albums of 2020, New York City trio Nation of Language have announced their sophomore follow up, A Way Forward, and share the album’s first single, “Across That Fine Line.” Additionally, the electro-synth explorers will head out on their first U.S. headlining tour this September-October in support, along with previously announced appearances at Reading-Leeds Festival in the UK and Governors Ball in New York.

Discussing “Across That Fine Line” songwriter/vocalist Ian Devaney stated, “‘Across That Fine Line’ is a reflection on that moment when a non-romantic relationship flips into something different. When the air in the room suddenly feels like it changes in an undefinable way. It’s a kind of celebration of that certain joyous panic, and the uncertainty that surfaces right after it.

Sonically, it’s meant to feel like running down a hill, just out of control. I had been listening to a lot of Thee Oh Sees at the time of writing it and admiring the way they supercharge krautrock rhythms and imbue them with a kind of mania, which felt like an appropriate vibe to work with and make our own.”
A Way Forward is the follow up to Nation of Language’s debut album, Introduction, Presence, released in 2020 during the early stages of COVID’s merciless mayhem, naively pushed from early April to late May, with the hope that things would improve by the summer.

While that turned out to not be the case, a flurry of raves for the album from journalists and radio stations around the world, as well as landing on year-end ‘Best of' lists from Rough Trade, Stereogum, Paste, Under The Radar, the NME, and glowing reviews from Pitchfork and the Associated Press, caused the album to reach more people than the band ever thought possible, even as they were unable to tour in support of it. “We’ve always been real believers in our live show as the best way to reach new people,” Devaney said. “When it became clear there wouldn’t be any touring, we were sure it was a death knell for the album.”