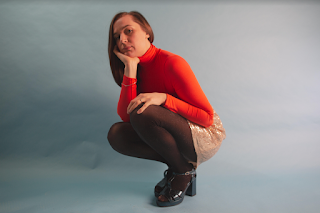 For the first time since her early beginnings, Josienne Clarke is flying solo. No label, no musical partner, no producer. Clarke is in complete control of her songwriting, arranging, producing, release schedule and musical direction. A Small Unknowable Thing, Clarke's second solo album will be released on August 13th via her own label, Corduroy Punk Records. Today she has shared the first taste of her new album and new sound in the form of defiant new single. 'Sit out' is frustration and defiance in sonic form. “All you stand for / Makes me want to sit out” she sings over thick, driving guitars and an almost Beastie Boys-esque drum beat. The heaviest moment on the album, ‘Sit Out’ sees Clarke fully let rip.

Despite writing a plethora of critically acclaimed songs, winning a BBC Folk Award, opening for Robert Plant on his European tour, playing prominent slots on some of the UK’s biggest festivals and even taking a leading role in The National Theatre’s revival of Timberlake Wertenbaker’s Our Country’s Good (after being personally chosen by Cerys Matthews no less), Clarke felt daily self-doubt as a result of an industry that variously gas-lit, put-down, questioned and othered. It’s an experience the vast majority of women making music today can identify with. A Small Unknowable Thing is, at least in part, about recognising there are still existing structures to keep women in their place – but it’s also about having the courage to break those structures down too.

“I realised that I had to be so explicit in explaining how much I’d done in order to get credit for it,” Clarke explains. “I started saying ‘No, actually, I did all of this, can we put my name on this thing?’ It’s really resisted – it’s as if I’m being an arrogant megalomaniac for wanting the credit for stuff that I did. Now, I just do it all by myself. If there isn’t another name on it, then there can’t be a misappropriation.”

After leaving her label, musical partnership and home (Clarke moved to a small village on the outskirts of Glasgow with her husband), she started afresh. Gradually, as she slowly began to write and record once more, the album’s narrative arc emerged and Clarke found herself again. “It’s an empowered narrative, not a weak and vulnerable one,” Clarke says of the album. “It was a conscious decision to walk away from my career as it was and there’s a positive message on this record: there’s a lot of reclaiming the narrative.” 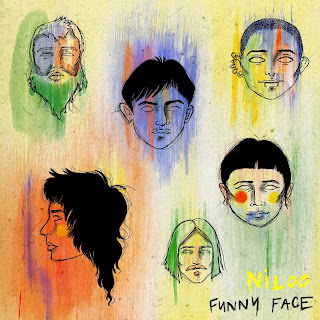 From Niloo talks about Funny Face -  I wrote it in 2018 and was originally hoping to release it with a band I had been playing with at the time, LOOELLE. But the song felt so personal to me and didn’t fit that project’s dreamfolk repertoire. I finally recorded it in February of 2020 at the beautiful Risque Disque studio, in collaboration with my friends Shilo Preshyon of Cartoon Lizard, Jen Yakamovich of Troll Dolly and Billy Young of Isness.

The sound of Funny Face is on the surface upbeat and vibrant with its driving beat, warm synth and catchy melody. Yet, the warping tape echo sounds and distortions throughout the track maintain an underlying sense of dreamlike darkness. In a similar vein, the lyrics of the song are about stumbling through your own path in life without taking yourself too seriously. It is about honouring your mistakes and shortcomings and striving for happiness rather than perfection in a world that’s far from perfect.

In keeping with this theme, the imperfect but inevitable timing of the pandemic forced us to get creative in making the music video. I teamed up with filmmaker Ali Calladine, who shot the video as a single person director and crew. The majority of the video was shot in the neighborhood of Fernwood, Victoria and features friends and community members in their respective ‘bubbles’. The visuals of the video capture the vibrancy and drive of the music, while the action follows the main character, who searches the neighborhood in hopes of finding the source of this strange music. 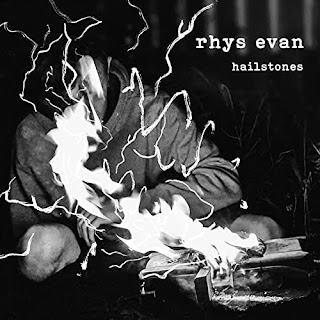 Hailstones is an introduction to Rhys Evan, a beautify crafted song on the struggles of young life. A long song for a single we know, but we felt it best to leave it as it is. We have a trimmed version for radio plays only, that just bring the track in on the vocal missing the lengthy intro. We felt it best not to edit the main body of the song...although we tried!

Rhys is still studying at school in Aberystwyth and he is still developing as an artist. Currently he is finding musicians to perform live, but as everyone know, schools are in chaos with constant assessments due to Covid, so these are difficult times.

We hope you find time to listen to this great track and hope a space might open up for Rhys to get onto the airwaves with his very first recording. This release will closely be followed up by his second single , “Arcade Running” with his debut EP “Tiny House EP 1” for June 2021

First on board is The Guardian and NME writer Fergal Kinney, who has written an introduction to Rhys Evan on this his first release. We hope you find him just as interesting and hope we can all help Rhys go from a bedroom artist in rural Mid Wales to hopefully someone more widely known on the national stage. 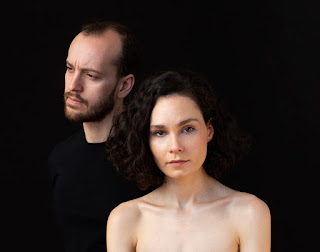 Reliant Tom - When We Were Young.

The band’s new stand alone single that follows up last year's acclaimed album Play & Rewind, “When We Were Young” takes the band in more upbeat and pop direction. Written by singer Claire Cuny while visiting her partner Monte Weber’s family, it captures the vitality and nostalgia of reflecting on the past in the presence of family. The instrumentation features a thumbing energetic synth bass and an afro-rock drum beat that the band had been jamming to that summer.

In Claire's words, "The song started out as a sad, slow guitar ballad I wrote while visiting Monte’s family one summer. When we brought the idea back to Brooklyn, Monte transformed the song into the more uptempo, energetic tune it is now. We changed nearly everything about the tune apart from the key and the lyrics.

The song was sped up, with a thumping energetic synth bass, and a beat which was a loose transcription of the opening measures of a Lafayette Afro Rock tune from the 1970’s that we had been jamming out to that summer. Monte’s new direction inspired me to sing more rhythmically than my original version and even inspired a simple but heart-felt guitar riff that opens the song and is looped throughout. It’s been a rough year, we hope this song makes you smile... even if you hadn’t felt good for a while."

Reliant Tom · When We Were Young