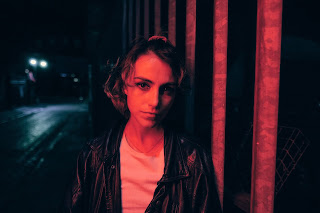 Vanessa Gimenez releases her second single "Doing Better" and announces the release of her debut EP 'Make It Rain', out August 12th.

Vanessa Gimenez doesn’t so much write songs as conjure dreamscapes for listeners to lose themselves in. It’s a talent she began honing while fronting Bristol-band Swimming Girls - racking up millions of streams along with triumphant turns at Glastonbury and at Shepherd’s Bush Empire. It’s only since going solo that Gimenez has begun to realise the true scope of her creative potential.

New single "Doing Better" finds her daring to look back at difficult personal experiences. Produced and mixed by David Wrench (Arlo Parks, Jamie xx, Georgia), and co-written with Toby Scott and Swimming Girls-keyboardist Roo Primrose – the track deals with the dissolution of a romantic relationship and the mind games lovers play in an attempt to one-up one another. "Doing Better" further wounds with its references to domestic abuse, most notably in lines like, 'So I tell you about my mother, and how she’s still trying to recover.’

These painful recollections arrive cocooned by clipped beats, slow-burning synth lines and semi-whispered harmonies, serving to catapult Gimenez into the same league as Lorde, as a master of immersive but, at times, brutally frank dream-pop.

On the new song, Gimenez said: "‘Doing Better’ is a post breakup song at its core. But the message can be applied to many things in today’s society. I feel like a lot of people feel the need to ‘one-up’ each other, probably because of things like social media toxicity. It is really funny though when you remove yourself from it and just observe people being weird." 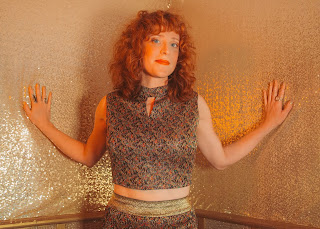 When most people think of defiant music, they think of punk rock or outlaw country. But defying genres while transcending eras and resisting clichés is hard to pin down when it comes to artistry—unless you’re talking about Miss Tess, who does all of that and more. Swinging for the fences and from the branches of jazz, country, blues and old school rock and roll, she employs all of her influences and talents while cleverly taking standard perspectives and ideas—like the definition of a love song—to task.

On the heels of her acclaimed 2020 LP The Moon Is An Ashtray (featured at Billboard, Rolling Stone Country, No Depression, Wide Open Country, and more), Miss Tess will unveil new single “Real Change” on July 2nd. Just in time for Independence Day, “Real Change” features guest vocalists Lindsay Lous and Rachael Davis, and was was written with Maya de Vitry, a month or two after the death of George Floyd. The goal was not to preach, but rather to spread a humble message of hope and unity. As we emerge from this dark period of time, Miss Tess hopes that we continue practicing the power of love and awareness toward our fellow humans.

“The world will never be perfect, but we have to keep trying, and insisting that real change is possible. Of all the sadness and loss already experienced through the onset of a global pandemic, I thought maybe it all happened for a reason. Most of our working systems came to a standstill for the first time in recent history, and the world had time to listen, watch, and react,” she explains. Roddy Colmer - Wrapped Up In You.

With a dreamy soundscape and lonesome vocals, Roddy Colmer’s new single “Wrapped Up In You” draws you in with its story and then lets you drift away on a melodic sea.

The lyrics deal with the feelings of unrequited love, taking the perspective of an admirer questioning if their feelings will be reciprocated.

The song reached #2 on the iTunes Singer/Songwriter Chart and follows Colmer’s 2020 single “White Little Lights” which was featured on SiriusXM and CBC Radio. 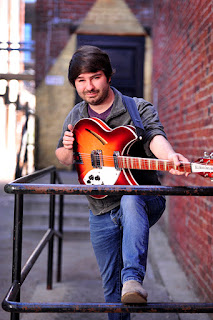 Johnathan Pushkar - Does What She Does.

Modern Power Pop Artist  Singer/Songwriter, Johnathan Pushkar, has announced the release of the official video for “Does What She Does.” The video was shot in a bowling alley to capture the retro feel of the song, which draws influence from The Beach Boys and the pop sounds of the early 1960’s. Filmed at  the Donelson Bowl in Nashville, TN the video was Directed by Zachary Bair and features Carly Merritt and Johnathan Pushkar. The song was co-written by Pushkar and Steve Rempis. The video will premier today on Aim Country Music Television. Watch the video on his Facebook page and artist YouTube Channel here.

“'Does What She Does” was heavily inspired by one of my all-time favorite bands, The Beach Boys. Living in landlocked Tennessee, we couldn’t go surfing or to the beach, so my next choice was the bowling alley; there are very few places that reflect the nostalgia of the late 50s/early 60s as well as a retro bowling alley, so it felt like the perfect place to set this retro music video.” stated Jonathan Pushkar.

"Working with Johnathan and all of our talented friends was an incredible pleasure for “Does What She Does.” Johnathan had an amazing vision for this project, so we put our heads together in a single, for hour pre-production meeting for this video to make it all come to life,” shared Video Director - Zach Bair. “The shoot went extremely smooth and we could not be happier at how the video turned out!”