Following up on the 2020 release of their second EP ‘All Hail To Your Queen’, Bristol-based atmospheric Alt-Pop quartet Ålesund return with upcoming EP ‘A Thread In The Dark’, due for release July 9th.

After the untimely curtailing of their European Tour in Spring 2020 due to the COVID-19 outbreak, Ålesund traveled back to the UK feeling uncertain. Although things were going so well with a new offering and an extensive touring and festival schedule to get stuck into, the timing of the unplanned hiatus was less than ideal. Rather than take it to heart, the group’s vocalist and songwriter Alba Torriset retreated to her hometown of Hastings to try and reconnect with music in a positive way.

“With all the negativity in the world, I wanted to create something uplifting and optimistic,” she says, and so the four track EP ‘A Thread In The Dark’ was created. Alba and guitarist Lloyd Starr started to put together demos with a euphoric and festival-tinged edge. They then engaged with long term collaborator and producer Jake Bright to help build the record.

This is the first time that a batch of songs have been created in this way for the band. Due to the inability to all be in the same room, Alba tried her hand at Logic and demoed her ideas to send to the others. She went back to basics creating rhythm and texture by layering up clapping and even using wooden spoons to get the percussive sounds she was after. She also layered up lots of backing vocals to flesh out her ideas. These all became features within the record and the rest of the band liked how the lockdown restrictions had actually pushed the sound forward in ways it perhaps wouldn’t have if they had all been able to jam the ideas in the same room.

Throughout the EP Alba’s intoxicating vocals take on totally different auras that interchange based on the musical landscapes they’re placed against; soaring atmospheric synth-laden soundscapes, shimmering guitars and tantalizing grooves.

Lyrically, the songs were inspired by being so still and so quiet in lockdown and being able to hear and see things that would have previously passed you by. “The usual hustle and bustle of life can drown things out, but with everything and everyone stopping, it brought a magnificent clarity. Hearing the birds sing, watching the trees blossom, following the cycles of the full moon. Thinking more about what is real, what is important, human instincts, human interactions, the natural world and how we all work together within it”, states Alba. 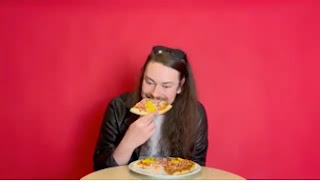 Trunky Juno is back with latest buoyant single Hawaiian Pizza.  Showcasing his trademark melodic hooks, kaleidoscopic sonic palette and wistful lyrics, the track is the perfect pizza-themed accompaniment to the start of summer, and a high point off the also-released Good Dog EP.

In Hawaiian Pizza, Trunky celebrates the friendships we make in spite of (and often because of) our differences, using the context of a controversial pizza topping to point towards a more fundamental and universal message. Through the lyrics “I’ve got Hawaiian pizza in the oven coming soon, the fridge is full of cold ones, enough for two”, Trunky highlights the joy found in sharing the simpler things in life with others and in so doing sounds like the type of friend we all need. 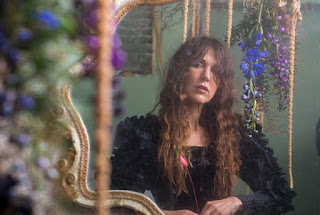 This week Reb Fountain announced her new album IRIS is out October 1st, plus she dropped what we think might be one of best videos (called Beastie) video. As well as the regular vinyl and CD formats, we have a limited edition transparent turquoise vinyl available. Also, a reminder that Reb won the 2021 Taite Music Prize, was shortlisted for the Silver Scroll Award for her song ‘Don’t You Know Who I Am’, and the album Reb Fountain was nominated for five New Zealand Music Awards.

In May 2020, Reb Fountain released her self-titled album via New Zealand label Flying Nun Records to much critical acclaim. Reb Fountain won the 2021 Taite Music Prize, was shortlisted for the Silver Scroll Award for her song ‘Don’t You Know Who I Am’, and the album Reb Fountain was nominated for five New Zealand Music Awards; Album of the Year, Best Alternative, Best Solo Artist, Best Album Artwork and Best Engineer.

Award-winning songwriter, Reb Fountain, is a consummate recording artist and performer; spell-bounding audiences with her music and artistry alike. Throughout 2020, Reb and her all-star band (Dave Khan, Karin Canzek and Earl Robertson) astounded audiences around the country on her sold out album release tour, joined Crowded House on their 13 date ‘To The Island Tour’, performed at Splore, and honoured the great Nick Cave at the sold out Auckland Town Hall shows ‘The Boy Next Door’.

Reb was born in San Francisco and immigrated with her family from North America to Lyttelton — the quiet port town out of Christchurch that’s been fundamental to New Zealand’s alt-folk scene, raising artists like Marlon Williams, Aldous Harding, and Delaney Davidson. 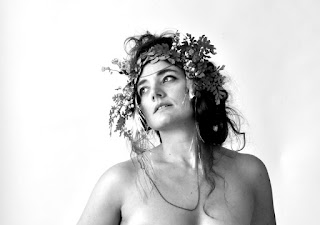 Ebony Buckle is a London-based singer/songwriter, originally from her tropical seaside home of Townsville, Australia. Writing and performing with her husband, musician Nick Burns, who also produces her music, Buckle uses captivating stories to hold a mirror up to herself and the world. Reflected in these songs is our humanity - our wants and needs, our struggles to fit in or break out. Throughout all of this is the hope that we can connect, that we can see the magnificent beauty of our universe and that we can grow and learn and evolve without fear.

From a poem to a song, the whimsical “Wild Woman” makes a minimal, haunting entrance giving off a timeless, magical aura. The choir of layered vocals emit an angelic echo, while moments of opera displayed in a fluid, godly arrangement, mirror a dance as her powerful wild woman takes center stage. The instrumentation carries a tense and powerful drum beat, folk-glowing guitar and a selection of affecting strings that cradle the soundscape.

After being struck by a quote in the book “Women who run with the Wolves” by Clarissa Pinkola Estes, Buckle wrote the song as a plea to her inner “Wild Woman”. She shares, “The one who has taught me to tend to my inner power, to keep me on the path that is truest to myself, to trust my own intuition and to take up space in the world.” Often struggling with confidence, Buckle cherishes what makes her feel most like herself and wishes to never let that part go. Focusing on staying true to herself and releasing music that is reflective of her authentic creativity, “Wild Woman” symbolises the next part of her creative venture as a musician and keeping her autonomy over what she creates.

“Wild Women” is the sixth track from her upcoming album Disco Lasers. The album is a collection of audio-visual stories celebrating the wonders of our universe and how we as human beings make sense of our existence through folklore legends, science and our imagination. Buckle reveals, “The album as a whole is very atmospheric, almost cinematic. Each song is arranged to tell that specific story. For this one we wanted to make it more of a folk song that might be sung around a fire. Or dance to under a full moon. It’s a much more grounded side of me...I’m not always up in the air with aliens and space whales!”