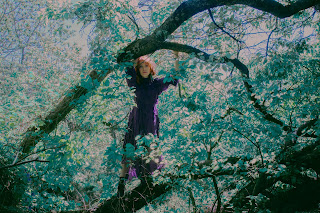 Astrid Swan - Not Your Mom.

Quite a touching story – Astrid Swan will release what is her 5th studio album in October this year. After being shortlisted for the Nordic Music Prize and a second nomination for a Finnish Grammy, Astrid has put together what may well be her final group of songs in what is a lullaby to her daughter to grow up with.

To give a little more context, in 2019, Swan published a memoir Viimeinen kirjani, which touches on her personal experiences of mothering, artistic development, life with metastatic breast cancer, analysing the contexts of feminism, class, whiteness, Finnish and American cultural confluence, romance and illness culture.

Speaking about the new record, Astrid said, “Mothers sleep at night (or at least wish to). In their sleep they cannot mother, because they go away into dreams, just like the kids they tucked into bed in the evening. At night mothers are adrift in the world, they have their secrets, their past selves and their current desires. In the morning mothers are back but dreaming renews them and makes them better in the day.”

Soliti · Astrid Swan: Not Your Mom 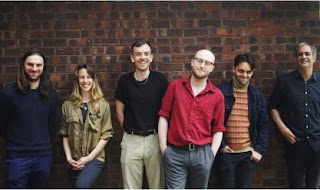 The Landlord channels the nervous energy internalised by the modern tenant. It is partly inspired by lived experience and Guy Shusbrie’s 2019 book; Who Owns England. With the Landlords’ rights axiomatic in our confused liberal society; freedom means the freedom to control and extract. This short agitpop song lays bare the feudal hangover still haunting modern Britain, over modulated synthesisers à la Happy Mondays and Snapped Ankles.

Last week a historic court ruling meant John Christodoulou – a Monaco-based property magnate and 82nd on the Sunday Times Rich List – was ordered to pay £19,000 to four of his ex-tenants for failing to correctly license his property last week.

With many others facing eviction now the eviction ban has been lifted and with no plan in place to tackle the housing crisis we are chomping at the bit to get out and play our polemical style of disco and hopefully be part of an important change and show that good mental health cannot be achieved without secure housing for all. 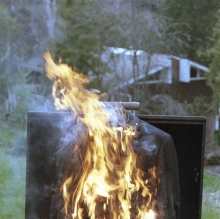 “Some of my favorite songwriters past and present have been able to tell stories through their writing, and Francis Right is my attempt at this same craft. It follows a character that is continually dealing with loss at every turn, every attempt at finding a better path in life. Through the disillusionment of falling time and time again, the story resolves in the arms of a loved one, comforting the character at their lowest.”

And here's a quote from Eddie Ramos, the animator “Using a combination of After Effects & frame-by-frame animation in Photoshop to emulate a hand-drawn style, this music video for the song "Francis Right" takes direct inspiration from the song's lyrics. Through a series of abstract scenes, we follow the character Francis Right as he navigates the aftermath of a broken relationship, and the road to finding closure.”

After a decade of playing in punk and hardcore bands in Southern California, Garrett La Bontestarted La Bonte in 2015 to explore his impulses for work grounded in patience: slow resonances, discomfitting absences, and wayward, creeping catharses.

The project is also, importantly, deeply personal. Don’t Let This Define Me, La Bonte’s debut record, frankly articulates the loneliness and isolation of love lost, but avoids confessionalism or saccharine sentiment. The songs are embodied and exacting, with a gutteral affective impact. The record is built of loss, but it bears no traces of a lack–in the song writing’s enlivened and intelligent sense making, we find renewed strength in radical articulations of deep vulnerability. LaBonte feels his way to planting his feet on the ground, and we do, too. Despite life’s litany of chaos–love’s dissolution and other furies–this record leads us (haltingly) forward.

Over two years, several friends and collaborators (Eric Shevrin of Young Jesus, Brooke Dickson of The Regrettes, Janey Riech of Layman, among others) helped bring this record to life. It was recorded, mixed, and produced by Colin Knight at Paradise Records (Fury, Death Bells, Diztort). 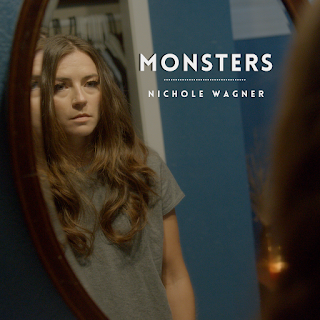 Austin's Nichole Wagner is back with a moving and poignant new single, "Monsters". Born out of a bout of depression experienced during the pandemic, the themes tackled on the new track are ones that so many of us can relate to. "Monsters" comes a little over year after 2021's Covers EP Dance Songs For The Apocalypse and will be featured on Wagner's upcoming second full length album, which will be out in the first quarter of 2022.

For the track, Nichole once again tagged producer and engineer Justin Douglas, who has worked on both her first album and EP. Together the two brought to life Wagner's vision for the song at Douglas's King Electric Studio in Austin. The band they put together for the song provides a lush musical landscape that pushes Wagner's lyrics and vocals to the front while complementing them perfectly.

Wagner says of the song : "I started writing Monsters with the second verse during one of the worst bouts of depression I experienced during the pandemic. During that time, I was struggling to hold on - feeling very isolated from my communities and family. Just as the fog started to lift, so to speak, a friend of mine lost their mother and I just didn’t have it in me to reach out, as much as I wanted to.  I knew nothing I could say would help, and that even opening that discussion would send me back spiraling. The first verse came last, as I started to reckon with the clean-up and the broken parts. I am ever grateful to the SIMS Foundation here in Austin, for making mental health services available to musicians and industry folk."