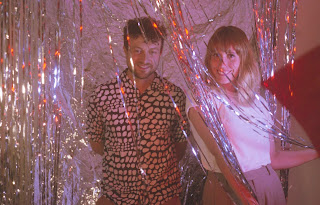 Favours are made up of Jacq Andrade and Alex Zen. They released their first LP, “Made to Wait”, in 2020. It was recorded at Candle Recording Studios in Toronto. Their song “Stowaway” was featured on Netflix and CBC Gem. Recently, Favours joined forces with Jacq’s brother, Mark Andrade and built a home recording studio in a former halfway house in Mimico.

Throughout the pandemic, Favours tracked a ton of music in their home studio. Their EP, “Left Behind”, will be released in 2021 and it features a fresh dreampop, new-wave sound inspired by their shared love of the DIY post-punk feel of Robert Rental.

The band collaborated with a strong team for this upcoming EP. They enlisted the talents of Broken Social Scene’s Brendan Canning who plays bass on the EP, the engineering chops of Tallies’ Dylan Franklin who engineered the drums and bass, and the mixing prowess of Alexandre Bonenfont. 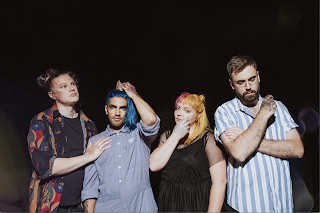 With tour plans on hold through 2020, Basement Revolver found time to wrestle with questions about identity, faith, mental illness, and sexuality. Their forthcoming sophomore LP, Embody, is explicit about these new ideas and new thoughts, addressing them with a deeper sound and crisper production to adroitly express the complexity of the world.

“Skin,” the first single to be shared from the album, is a self-aware slow burn. Desperate to feel like her body was okay or good enough, Chrisy was perched on the edge of a dock when this song began tumbling out. The first time she has ever explicitly written about the struggles she feels with her body, “Skin” has helped Chrisy love the parts of her body that have often been scrutinized in the mirror. 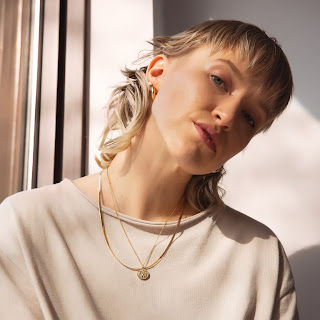 Lenny is a folk-pop singer-songwriter from British Columbia, currently based in Montreal. Her vocal and lyric-driven melodies tell visual, emotional stories which explore the complexities of relationships, learning from her mistakes, and embracing her bisexual identity in her mid/late 20’s.

Her Debut EP, Personal Celebrity, is a mix of indie rock/pop, and stripped down ballads. It describes the arc of connecting with your inner power and intuition. From getting lost in relationships and losing your sense of self, to reconnecting with your intuition, learning to say no to what no longer serves you, and allowing yourself to live more authentically.

Lenny’s sound has been influenced by songwriters like Joni Michell, Shania Twain, Leslie Feist, Bahamas, and Adrianne Lenker. She performs regularly throughout Montreal, and in 2019 was selected to participate in YES Montreal’s What The Pop! Showcase for emerging artists in Montreal. She’s also part of Rebl House Media’s artist roster.

Lenny’s music is thoughtful, honest, and romantic. Don’t let her softness fool you – she sings about hard truths and lessons learned. She’ll make you laugh and cry in the same show, and her songs might bring up some real feelings for you. Pay attention to her lyrics, and Lenny’s music might heal you like it heals her. 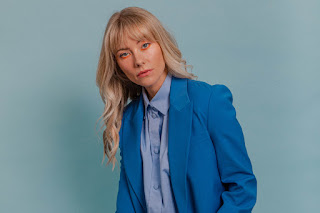 The songwriter spent time in New York, writing jingles for a score house, before relocating to Georgia and enrolling in UGA, completing her studies in Arts, Entertainment, and Media Management several years ago. While she attributes much of her musical background to her father, she also nods to the value in self-discovery and individuality, enlisting the help of friends in the Atlanta music scene and connecting with producer/engineer Damon Moon to create The Gallery.

“I reached out to Damon, we went and had coffee, and it was an immediate connection,“ Jarman says of Moon. “The emotion and care he showed the music was something I had never had.”