The Grahams - Beyond The Palisades

The Grahams’ Alyssa and Doug Graham are New Jersey raised, New York bred, but Nashville based — a cross-section of regional influences that allows them to slip in and out of genres like they’re changing clothes. Their unique sound landed them at the top of the Americana charts when their first album, Riverman’s Daughter, was released in 2013, led to the critically acclaimed Glory Bound in 2016, and their affair with a more alt-pop sound on 2020’s Kids Like Us (co-produced by the late Richard Swift and Lucious’ Dan Molad).

Their music has landed them in every major music publication and grown them a legion of dedicated fans around the world. In 2021 their music has evolved again into a nostalgia-inducing mellow gold sound with a nod to mid-century soul and classic UK pop. If that sounds like a mouthful, it’s by design. Consider their upcoming three song EP Sha La La (October 15th) a moment of bliss before the duo’s next full album, due in 2022.

A tongue-in-cheek reference to a laissez-faire approach to life, Sha La La is The Grahams’ attempt to exorcise the pains and disappointments of the last 14 months. Rather than writhing in self pity and judgement, or aspirations driven by narcissism, they decided to simply let go of trying to control or overcome the situation, liberating themselves of their anger and who they thought they were, while embracing who they may become. 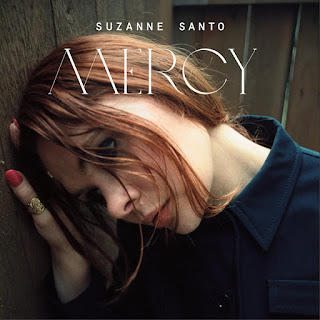 Austin, TX-based indie-rock and neo-soul artist Suzanne Santo has shared “Mercy,” the newest single from her forthcoming sophomore album Yard Sale, due out on Aug 27 via Soundly Music and follows the release of “Bad Beast,” “Common Sense,” and “Save For Love.”

“Mercy” is a powerful song that seemingly touches on specific situations, but the moral of the story is that mercy requires compassion, empathy, and forgiveness, for others and for ourselves.

The new album, Yard Sale, delves into the ideas of discarding wants, sentimental treasures, largely in the form of people and places that have lost meaning or no longer serve you. Letting things fall away to make space for better things to come. 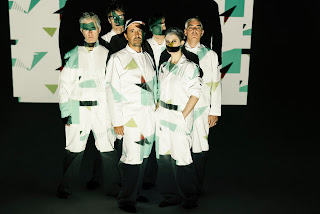 "Said Your Name" is out now. Greg has this to say about the track “This is probably my favorite track on the album. I love the way Noël’s vocals glide over the top of the instruments and gently lead the listener through this breakup song.

So many breakup songs are about fucking over, or getting fucked over. The ensuing anger can almost make that type of breakup easier;  it’s black and white. This isn’t that.

This is about a couple that still loves one another, but are changing as individuals and unable to align. I love the way Noël’s vocals glide over the top and gently lead the listener through this breakup, she really captures the situation.”