The Felice Brothers have released “To-Do List,” the final pre-release single from their forthcoming album From Dreams To Dust out on September 17, 2021 via Yep Roc Records. The band also announced that Al Olender and Nik Freitas will support their national tour which kicks off on September 15 at Space Ballroom in Hamden, CT and will make stops in New York City, Los Angeles, Chicago, Washington, D.C. and many more. Tickets are on sale now. Find a full list of tour at TheFeliceBrothers.com.

“This song is about taking something so deprived of poetic value like a To-Do list and making it work as a lyric,” explains Ian Felice. “The take we chose was the first time we had ever played the song. It had a very loose and playful quality that we liked. We had just learned the chord progression like five minutes before playing it. We listened back to more takes but this one had the best feeling.”

Recently, the band released self-directed music videos for “Jazz On The Autobahn,” a stop motion video hand painted and constructed by Ian Felice that took over a month to complete, and “Silverfish,” which compiled found footage and micro insect video shot by James Felice himself. 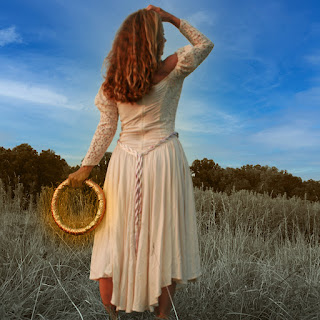 Acoustic Syndicate - Angel Flying Too Close to the Ground.

When a legacy group like Acoustic Syndicate returns to the studio for the first time in years, it’s almost guaranteed that the result will be a diverse collection of songs that have been waiting for their chance to be recorded — and then devoured by long time fans. Sure enough, the Western North Carolina group's first three singles of the year ranged across a good portion of their musical spectrum, from the signature sound and thoughtful original writing of “Sunny” to the joyously danceable Grateful Dead cover, “Bertha,” to the irresistible blend of social critique and smooth groove embodied in the most recent, “Simple Dream.”

Now the group, known for its uninhibited jamming and instrumental pyrotechnics, reveals yet another facet of its musical personality with a subtle, almost subdued yet deeply soulful version of the anthemic Willie Nelson ballad, “Angel Flying Too Close To The Ground.” Blending the country accents of acoustic guitar with hushed organ tones that nod to rhythm and blues, the group — lead singer and guitarist Steve “Big Daddy” McMurry, brothers Bryon (guitar) and Fitz (drums) McMurry, bassist Jay Sanders and guest vocalist Aaron “Woody” Wood — offers an interpretation that honors and acknowledges Nelson’s original (check out the Willie-esque start and end to the guitar solo at the track’s center) yet places an unmistakable Acoustic Syndicate stamp on the effort.

“I have always been, and will always be a devoted and loyal follower and fan of Willie Nelson,” confesses Steve McMurry. “We got to meet Willie and hang out with him some when we played Farm Aid way back in 2001. He was so humble, gracious and just a true gentleman in every regard and made us feel so welcome and a full on part of the event.

“I first heard ‘Angel Flying Too Close To The Ground’ in the 1981 movie, Honeysuckle Rose,” McMurry recalls. “I was at home by myself while my parents were away for the weekend. We had HBO, which my parents were NOT so much in love with, for reasons of uncensored and unbridled exposure to the real world. But anyway... I do remember, clearly... chills and goosebumps when the second verse came around. I loved it immediately, and have ever since. I was just sixteen years old, and only beginning to explore my own musicianship and learning to play guitar. As a full-on wanna-be member of the new Outlaw Movement, I was already a fan of Willie, but something about ‘Angel’ hit me hard.
Syntax Creative · Acoustic Syndicate - "Angel Flying Too Close to the Ground" 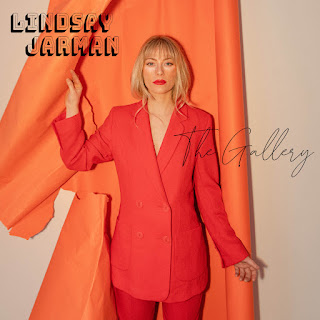 The songwriter spent time in New York, writing jingles for a score house, before relocating to Georgia and enrolling in UGA, completing her studies in Arts, Entertainment, and Media Management several years ago. While she attributes much of her musical background to her father, she also nods to the value in self-discovery and individuality, enlisting the help of friends in the Atlanta music scene and connecting with producer/engineer Damon Moon to create The Gallery.

“I reached out to Damon, we went and had coffee, and it was an immediate connection,“ Jarman says of Moon. “The emotion and care he showed the music was something I had never had.”

This harmonious relationship is evident in the stellar production of the album’s 10 tracks, which explore themes of self-identity, generational trauma, and lessons in love and loss, all set to a light, comfortable pace and instrumentation so superbly executed that it’s easy to get lost in the textures and overlook the somewhat heavy topic matter.