Last month, UK multi-instrumentalist and story-teller Mara Simpson announced her new album In This Place will be released on September 24th. A heady blend of alt-folk, analogue synth and classical composition, In This Place is a tale of quiet rebellion and taking back control. Today, she shares new single 'Serena'. The track, named after the apartment building in Brighton where Mara’s daughter was born, is based on the experience of becoming a mother and the responsibility of making important healthcare decisions. “How will I know how to love you” she sings over undulating synths and sparse piano chords.

Whilst the struggles of 2020 will go down in history, for Mara it was 2019 that was the tough one.  A year spent consumed by worry, whilst in and out of hospital with her one year old daughter, had left Mara feeling like she was playing a constant game of catch up with a world that wouldn’t slow down. With songs ready to be recorded for her new album, she headed into the studio to record with her producer.

“I stepped into the studio not needing my hand held, just my voice heard” explains Mara, who quickly came to the realisation that she was working in a toxic environment with a producer whose moods everyone had started to dread. “Ironically, at the end of a year spent managing my daughter’s breathing issues, I had an asthma attack induced by the studio’s hypoallergenic cat,” she laughs. “Enough was enough.”

It was whilst waiting for a train that she had the sudden realisation that the album she was recording would never see the light of day. Struck by an overwhelming feeling of failure, Mara began to ruminate on the time and money she had wasted but then something clicked. “Perhaps it’s something about train stations, the coming and the goings, that allows a stagnating frame of mind the grace and space to clear,” she says. “The funny thing is, upon realising failure, the despair I’d been feeling was now replaced with something else...Relief”. 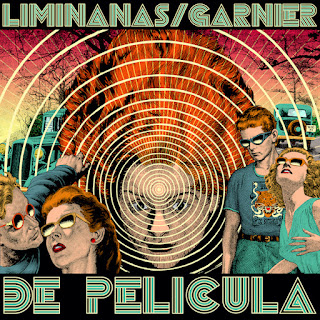 French psych-rock royalty The Limiñanas and iconic French DJ Laurent Garnier will release their collaborative album 'De Película' on 10th September through Because Music. Following first singles 'Saul' and 'Que Calor', they have today shared the new track 'Promenade Oblique'. The first instrumental single from one of the most anticipated French albums of 2021, 'Promenade Oblique' embraces all of the album's influences, creating a psychedelic momentum reminiscent of the best of Krautrock.

This is the story of a friendship that started via a ringtone and is set to make waves through a one-of-a-kind project. Back in 2017, Lionel and Marie Limiñana, the couple/duo better known as The Limiñanas, were invited by Laurent Garnier to perform at the Yeah Festival. The sound of Lionel’s ringtone, the signature riff from The Kingsmen’s ‘Louie Louie’, caught Laurent’s attention and so started a new adventure for the Perpignan natives and the Parisian artist, now settled in the Provence. Four years on and the psychedelic garage duo and French techno pioneer DJ/producer have created ‘De Película’, a record that feels like a walk on the wild side and one straight out of a film noir.

It’s an album that tells a story, a heated road trip following Juliette and Saul, two teenage rascals straight out of a ‘60s classic movie - think ‘Breathless’ meets ‘Wild at Heart’. The location is the southern border with Spain, stifled by heat and cheap liquor. ‘De Película’ is a true concept album that’s not afraid to stray and run free, or rather “an Italian anthology film” as Lionel Limiñana puts it, a great mumbo jumbo where it takes two, humour and melancholy, to tango. Picture squalid brothels, third-rate dance clubs, ‘60s vintage caravans, smack, Roger Harth and Donald Cardwell productions, distortion and fuzz-pedal sound effects. Gilles Deleuze, Professor X and the preacher from ‘The Night of the Hunter’ are some of the characters that inhabit the world of this drama-inspired record. 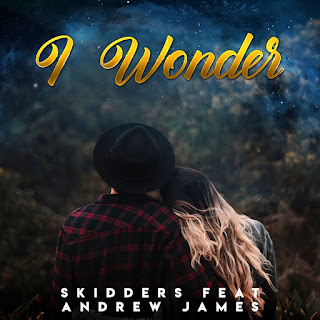 Skidders (aka Steve Skidmore) is back with a brand new single taken from the forthcoming studio album Friends & Family Vol.2.

I wrote the song for my wife to appear on volume 2, but rather than wait until it's release, I wanted to publish it earlier, hence the single! But as a love song, and with my vocals, I really could not to it justice - hence the addition of Andrew James' incredible vocals. Together with the bass, mixing and mastering of the amazing Paul Hogg, although a simple song, it is one I am most proud of. I thank Andrew & Paul from the bottom of my heart and I really hope you will like it as much as I do.

Andrew James: Andrew is well know in the Cotswold area of England, and kept everyone sane during the COVID pandemic with his "Stay Sane Sessions" performed live on Facebook and YouTube throughout shutdowns. I was honoured to record guitar for some songs of his songs and Andrew reciprocated with some fab keyboards on Bukechi videos. Check out our cover of Bonnie Raitt's beautiful song I can't make you love me that Andrew lit up with his piano.

Paul Hogg: Paul is an amazing musician, producer, sound engineer and most of all, a lovely friend. Not only these virtues, but he also composes and publishes several genres of music under his name and also that of 'The Ox', the latter being amazing electronica and downtempo music. 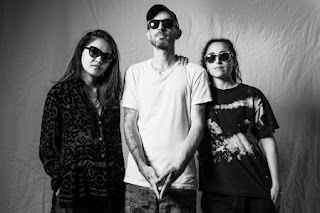 In classic punk-fashion, but also in normal-human, I-have-no-idea-what-the-future-holds-because-it's-a-pandemic fashion, Weak Signal, led by one of New York's most sought-after guitarists Mike Bones, dropped their new album Bianca on Bandcamp out of nowhere in May of 2020 (it's since been taken down). Although it was unmastered and flew mostly under the radar, it was reviewed by a few spots, and Iggy Pop graciously featured the track "Drugs In My System" on his BBC radio show.

Now, thanks to Colonel Records, Bianca is seeing a proper digital and vinyl release on October 15th, and the band is celebrating today's announcement with the single "Barely A Trace," which comes paired with a new music video directed and edited by the band's drummer Tran. Additional exciting news includes a release show at Brooklyn venue Union Pool on October 8th, followed by a two-week run opening for beloved psych-rockers Garcia Peoples.

"Barely A Trace is about feeling lingering presences around you, swirling confusion from sudden disappearances, like when you discover someone found your stash spot," says Mike Bones. "Our drummer Tran made the video during the early days of the COVID lockdown in Vietnam, Spring 2020. The song and video are our attempts to affect an approximation of the perfect loneliness and separation present in the work of writers like Marguerite Duras or David Markson."