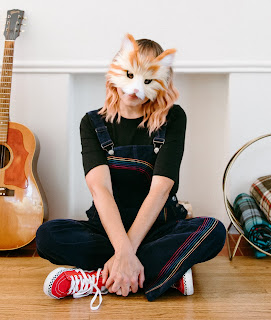 Catbells - It's Not Hard.

Dreamy melancholic shoegaze meets alt-pop singer/songwriter Catbells engages her listeners with soft hypnotic vocals, lush soundscapes, and moody melodies that capture her deep, heartfelt emotions in the most intimate of ways. Gifted with a voice like an angel, Catbells gently immerses her listeners into a world of sweet nostalgia and velvety sentiments.

The singer/songwriter and multi-instrumentalist was introduced to the piano at age five, and by the 7th grade she was playing the guitar and writing songs about her middle school heartbreaks. After performing in several bands throughout her early music career, Catbells recently decided to focus on her own solo project.

Catbells is a somewhat enigmatic, shy wallflower type, with her name itself being an alter-ego. Named after the popular hiking spot recited in the famous children's book The Tale of Mrs. Tiggy-Winkle by Beatrix Potter, Catbells' cinematic music is influenced by the vast natural wild. Raised in New England, Catbells often revisits the times of her childhood in her music, where she reflects on fond memories of the seasons changing, swimming in the eastern lakes, canoeing down the river, and working on the family farm.

Her deeply personal and introspective single "Fade - Rainy Day Demo" is an intimate and open-hearted reflection of lost love. “The song really wrote itself and the music needed to match the feeling of how the words felt. There are few people who are lucky enough to escape the feeling of a completely broken heart, and feeling like the person you loved so much just moved on like it was nothing, leaving you left there with a hole where your heart once was” confides Catbells. This emotionally raw and poignant narrative and accompanying music video features innovative illustrations of a sad cat saying farewell in a starry evening background.  While on the single "Wilderness" Catbells’ soft-powered honeyed vocals float above stripped down melodies and dreamy lush acoustic soundscapes. The track was mixed by acclaimed producer Ali Chant (Aldous Harding, Perfume Genius, Soccer Mommy). 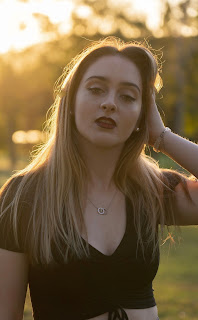 Australian singer-songwriter, Piper Butcher, follows on from the success of her smash hit singles with her shiny new EP, “September”. The debut offering is a five-track release, showcasing the talented young artist from the New South Wales steel city of Newcastle.

Leading the EP is “Haunting Your Thoughts” which has already generated close to 40,000 streams on Spotify. It’s a rocky anthem thriving on Piper’s passionate vocals and one that takes you through the story of when a trouble maker doesn’t clean up their own mess. “Long Road” is co-written with fellow roots act, Cassi Marie, and covers the long road of heartbreak. The lyrics provoke feelings of sorrow and frustration, but Piper ensures in song that leaving unhealthy people behind is a difficult but prosperous journey.

Hitting the middle of the EP is the current single, “Before The Thunder”. It has immediately struck a chord with fans and the industry alike, emanating from the storyline where someone tries to cross the line to get what they want. The song builds with emotion, entrancing you with whimsical guitars and strong melodies.

The very first song that Piper ever wrote is included in the form of “Not Yet”. It stems from pure feelings of staying in the moment which listeners correlate with on a personal level. It’s honest and calm, yet it has a depth in meaning owed to its simplicity. Closing out “September” is a steamy swarm of blues rock that immediately draws the listener in. “Soul Into Sand” sees Piper truly soaring - her voice driving the song with immense intensity and soul.

“September” is further proof that we are witnessing the launch of one of Australia’s most exciting new roots artists. It is testament not only to her talent, but also Piper Butcher’s hard work and passion for her music. Piper Butcher - “September” - is released Wed 1st September 2021. 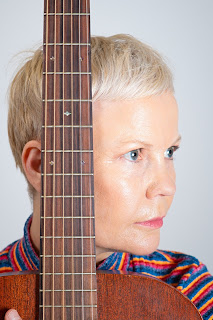 As Lisa explains: “Tim and I first worked together on my debut release, ‘Not Quite So Low’, then three albums later we did ‘Mad Mad Love’ and co-wrote half that album together.  We completed recording this new one on November 18th 2019 which seems like an eternity ago, given all that has transpired since then.  I lived in the USA for so long that it seemed logical to me to work with people I know and trust and have history with. So I combined tour dates in the USA with recording this new album in New York, which was, in retrospect, crazy. This recording was completed with partial support from ArtsACT for which I am very grateful.”

Lisa says that Dominoes is, "A song about being young and out of control. This song was written on piano, which is different for me as I don’t really play piano. Growing up in Townsville North QLD was wild. I don’t make a secret of the fact that I began drinking at 7 and that I was dosed on anti psychotic medication from when I was 4 or 5 years old. The sexual abuse started somewhere in there and continued until I hit puberty. Alcohol and drugs were my close friends and it’s no wonder I was all over the place!  I was super confused about men, women, sex and relationships. I remember having this desperate need to be loved and desired and the suicidal spiral that would come over me when I was rejected. Which happened a lot.  I hung out with a gang of equally confused people and we were like dominoes!