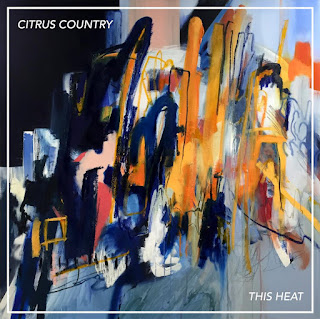 Citrus Country is Milo McNulty, the acclaimed talent behind previous projects Morning Smoke and Method Actress. Returning under a fresh name, the London-based artist is set to release a new track ‘This Heat’.

When Milo’s writing style began to move beyond Morning Smoke’s ‘wall of noise’, he decided he needed a clean split from the group. With a penchant for experimenting with his artistry, Milo moved to London to launch Citrus Country and work on a new set of songs with Chris Zane (Passion Pit, The Walkmen) at Strongroom Studios in Shoreditch.

This Heat is the first of three singles - a unique dreamy song that layers complex electronic production with washy guitars and pensive tones. Carrying influence from Milo’s noisy post-punk days, some fuzzy guitars find their way in and there is still a great energy to the otherwise calm track. On top of it all perch Milo’s poetic lyrics that ruminate on

With previous acclaim from The Guardian, Clash, DIY, The Line Of Best Fit and BBC Radio, and experience playing some of the UK’s high-profiled shows, including The Great Escape, Citrus Country is set to make a name once again for himself as one of the most exciting new acts in London.

Speaking about the track, Milo said “This Heat was written during a period of my life where I found myself questioning my identity and purpose . The song aims to express feelings of despondency and loss however it was important to me that although the song sounded melancholy there was a sense of beauty and joy beneath it.” 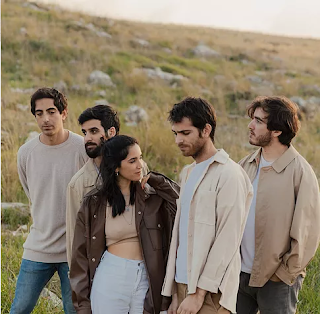 Moonshine tell us their story, they also produce some wonderful music: "We are Moonshine, an indie-folk-pop band currently based in Israel. Our music is characterized by a combination of both acoustic and electric sounds along with thought-out lyrics and two voices trying to tell a story.

It all started in a rehearsal room at the well known “Rimon school of music”. With an old songbook that had piled up dust, we slowly found ourselves performing every week.

The band was formed by the end of 2018 by the band's lead singers Coral Oulu and Oshri Bitton and together with the other members of the band (Omer Yihye, Amit Mintz and David Frider) we released our debut E.P "Come back home”.

The E.P entered some international playlists on Spotify, the editors' choice at KAN 88 and a successful Netflix series in Sweden (Älska mig).

In the past year, between quarantines, we continued to create and finish our debut album, which was mostly funded by the "Headstart"crowdfunding project and in which we raised 50,000 NIS". 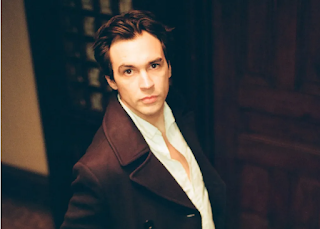 Taking cues from 60s and 70s musical influences such as John Prine, Leonard Cohen, Warren Zevon, Todd Snider, Willie Nelson, and even Prince, Toledo native Ben Stalets addresses the thorns in his side on new record, Everybody’s Laughing, both personal and worldly.

The songs were not written with an overarching theme in mind, but when it came time for the album art concept, it was the “cult leader” vibe that gave him a sense of what the underlying vision is: Collective suffering allows us to collectively suffer less.

The album is a reference to a quote from Mark Twain’s social commentary book, Following the Equator: “The secret source of humor itself is not joy but sorrow. There is no humor in heaven.”

“The way I look at it,” says Stalets, “everybody is laughing, which means everyone is suffering— we’re all in this together.”