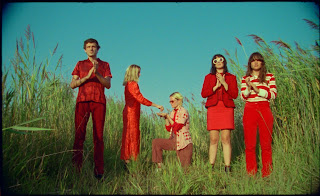 Brooklyn art punks Gustaf are sharing the final single from their highly anticipated debut album Audio Drag For Ego Slobs. "The Motions" follows previous tracks "Best Behavior" and the NPR-approved "Book" and is the latest track from one of New York’s “hardest working…and most reliably fun bands” (BrooklynVegan) before their album comes out on October 1st via Royal Mountain Records.

Ahead of an extensive of touring schedule that sees them traversing the US, UK and Europe alongside IDLES, Pillow Queens, and Osees, vocalist Lydia Gammill explains, "I always envisioned "The Motions" as our ‘walking around New York City’ song. The cadence is great for trudging across a bridge or taking the subway.

The song is about snapping between the perspective of your chaotic inner narrative while following the precut path of the world around you. Like when you’re strutting down the sidewalk to a song and your headphones slip off for a second to reveal the natural soundscape you’d been ignoring, realizing the world you had been wrapped up in is not the one shared by everyone else.

Then you see that everyone with headphones is jumping between their own personal world and the reality they’re actually living in. I’ve found that if you walk around New York City without headphones, the streets are surprisingly silent. It’s us that add the cacophony of our own personal soundtracks. 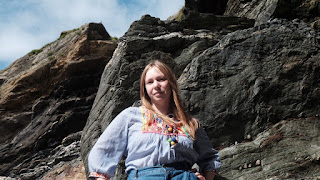 Hexentanzplatz the new album by Alice Hubble will is released today September 10th, 2021 via London-based electronic-pop label Happy Robots. Described as the work of ‘one lady at home with her enormous collection of synthesisers’, Alice Hubble mixes melancholic pop, layered vintage synths and elegant vocals, reminiscent of Ladytron, Jane Weaver and Dubstar. Her debut album Polarlichter was released in September 2019 to much critical acclaim.

The title track of the album, Hexentanzplatz is named after the German mountain steeped in magic and legend. It translates literally to mean 'Witches’ Dance Floor' in English. An apt title for an album that dances it’s way through themes of illusion, love, feminism and protest whilst maintaining glistening, 80’s synth-pop sensibilities. “Being an eternal optimist I felt the need to write something in 2020 that was full of hope and positivity,” she says. “‘Hexentanzplatz’ is in part about the mountain, but really it's an inclusive pop song about fighting the patriarchy,” she continues. “Oh what a beautiful mountain” she sings atop euphoric, glitchy electronics. ‘Hexentanzplatz’ is a celebration of the wonders of nature, inclusivity and acceptance.

Of the other tracks on the album, perhaps the most classically pop moment is ‘Projections’ an 80’s style love song for the confused. “1,2,3 and I fall in love with my projections of you / I just see what I want to see” the chorus goes, referencing the love you project onto an unobtainable person. Second single ‘My Dear Friend’ was inspired by the discovery of a collection of love letters written by Hubble’s mother to her father around the time that they first met. “My mother passed away when I was in my teens and these letters gave me a real insight into who she was as a person, her ‘newly in love’ giddiness jumping off the page,” she says.

In contrast, Hubble found herself channelling a lot of anger into ‘Power Play’. “The track is a comment on what happens in a post #metoo world, once the worst offenders have been ‘cancelled’ and the news stories are over. Has something changed?  Does society move on and go to the next issue?” she explains, “‘Power Play’ is the closest thing I’ve written to a protest song”. The album also showcases Hubble’s talent for creating immersive electronic soundscapes. Tracks like ‘Numb’ and album opener ‘West Reservoir’ are awash with twinkling synths, the latter of which invites the listener into Hubble’s carefully curated world. ‘Gleichfalls’, a blissed out five minute instrumental, close 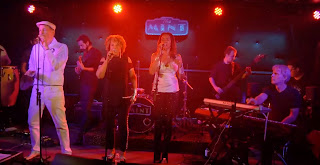 We have a new single from Palm Springs music collective, Alphanaut! Coming in hot before the release of their album on October 15th, they are sharing “Young, Wild & Beautiful,” another smooth delivery from the band that showcases their flare for new wave rock laced with electro-synth sweetness. With founding member Mark Alan’s warm and inviting vocal delivery, I call it soul food for the ears.

Alphanaut is a true passion project of ringmaster Mark Alan, along with the creative contributions of family and friends. As musicians with a shared purpose and common love of Bowie, Talking Heads, and Roxy Music.

Upcoming album “On Some Planets This Is Pop” is a rose tinted exploration of inclusivity, praising the unordinary while championing what it means to shine as your true self. 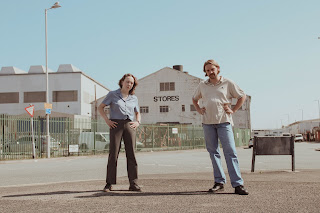 The debut single from Merseyside based stores, 'bones' has already caught the attention of the likes of Speedy Wunderground founder Dan Carey, who gave the song a spin when sitting in for Steve Lamacq on BBC Radio 6 Music. The single has also found it's way on to a range of playlists including Spotify's 'Melomania', Birp FM's Indie, The So Young List and others.

The band have announced the music video for 'bones', directed by Existential Pleasures, will be released today Friday 10th September. "A story regarding the complexities and imbalances of a toxic relationship, a perpetual loop of virulent tendencies in which each consort feels like a sacrificial lamb on the altar"

The CGI animation created by Existential Pleasures Studio manifests the duo digitally in a contorted digital dreamscape. Presenting the themes of toxic relationships with the imagery of lambs for the slaughter, peace offering flowers and rabbits in the headlights.

About Existential Pleasures - Existential Pleasures are a multi-faceted creative studio formed in 2015 by Fionn de Buitlèar and Joseph Wyness. Their output of work intertwines various artistic disciplines including graphic design, 3D animation, product design and art direction. The studio looks to constantly push boundaries in its work through the use of the newest technologies to form new ways of storytelling. 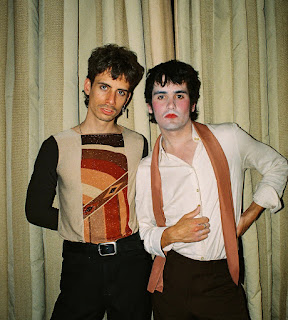 Spanish duo Family Time share ‘New Positions’, their first release since 2019s experimental pop-opera album ‘The Great Abismo’  and their first with US indie label 22Twenty. They also announce an exclusive showcase with Oracle Sisters, in partnership with Primavera Sound and an extensive run of EU dates this Winter.

Trading the humid backdrop of holiday resorts that illuminated their last work for a snow-stormed makeshift studio-shelter in Berlin, they have been working on new material, of which we are now offered an opening taste. ‘New Positions’, with a certain fin-de-siècle allure and cinematic poise, is a reflection on the mathematics of intimacy. How does any relationship fare when faced with cold, rational scrutiny? What happens when we poke at love with our anxieties? And will our numbers hold, we are asked, by the time we get to morning?

Opening with gentle piano, the track is tinged with jazz inflections that underpin it’s captivating but laid back atmosphere. Dreamy saxophone lines enter and leave the musical conversation like guests at a dinner party, both fleeting but punctuated with meaning.