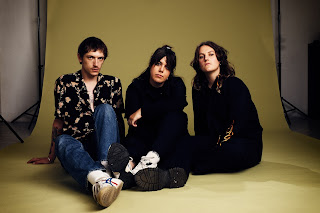 Continuing that trend of sweet and euphoric dream-pop textures they have earned a reputation for, ‘Rodan’ sees the group return in stellar form. With its rich and soaring aesthetic married perfectly with smooth and seductive vocals, they are keeping both a tight hold over their progressive sound and pushing the boundaries of it as far as it will go.

While also a danceable-but-sad pop/shoegaze song, Rodan is of course a Kaiju, a Japanese movie monster like Godzilla. “That’s who I felt like while writing the lyrics” guitarist Cordelia says. Rodan was the first Kaiju movie made in color, and that’s a fitting symbolism to Spunsugar’s new material. With glittery guitars, synthwavey drums and Felix’s thumping railroad bass the song is equally yesterday, today and tomorrow in its sound. Elin’s vocals are clear, controlled and encourages you to listen. It solidifies a new direction for the band who feels they’ve come into their own as a unity more than ever.

Spunsugar is an alternative rock band with shoegaze influencers based in Malmö, Sweden, with roots in the small town bible belt country side. The trio has different musical backgrounds which has led media to express praise for their elaboration and new take on the dark and pulsing nature of the post-punk sound and deliver it through a completely new and diverse contemporary lens, incorporating both goth and electronic elements. After an EP and some introductory singles they 2020 released their thunderous and anthemic debut album ‘Drive-Through Chapel’. The album put them on the map as one of the most exciting bands coming out of the scene and Scandinavia with media support from Steve Lamacq at BBC 6Music, The Independent, The Line of Best Fit, Nothing but Hope and Passion and much more. 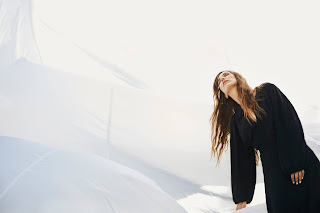 The fourth single ‘Foxbright’ is shared from Reb Fountain's forthcoming album IRIS out via Flying Nun Records on October 1st, 2021. The new single serves as a mesmerizing slow-burner, brimming with delicate piano, acoustic guitar and a stunning string section that guides the listener through its tender and understated production, with Reb’s enchanting vocals complimenting the music masterfully.

'Foxbright' is a reminder that there’s love to be found even when we can’t find it in ourselves. Reb wrote 'Foxbright' on the piano in one day, but as with all songs, it’s made up of what has come before; wild fragments in total eclipse. The simple verses, the declaratory motif and extended mid-section were connected by a chorus with a repeating melody.

"When I played Foxbright to Dave Khan he said, ‘that melody is the bass line’. I love that about the chorus; it’s a subtle and hypnotic imprint fully formed.”

We’ve all had a turn at hiding of late; the burrow’s the place we head to when in headlights. Lola Fountain-Best and Reb created an unadorned video landscape in which to observe the state of play. Dressing the set like a re-imagined blanket fort they borrowed a 16mm film projector to project industrial film footage from the 1950’s onto Reb’s body. The result is a beautiful and intimate expression of our nature.