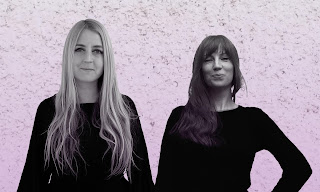 Ahead of the release of their eponymous debut album, Wyndow (Laura J Martin and Lavinia Blackwall) return with new single 'All Cameras Gone'. The songs on Wyndow exist in the space between waking and sleeping, hazy tales that unfurl and engulf the listener in a slightly uncanny sense of familiarity. New single, ‘All Cameras Gone’, is a paean to the dust and crackles of the analogue age and the shadows of a lonely projectionist leaving the booth and memories for the final time.

The project was ignited by a love of Robert Wyatt and an off-hand idea of collaborating on a version of his song ‘Free Will and Testament’. In a time of weird interludes, the self-examination of the song’s lyrics opened the pathway to themes examined throughout the record, that of being and wanting and the battle between knowledge and knowing. Who am I and do I see myself the way others see me?

What followed was an exploration of the uncertain and the impermanent.  According to Martin, they are “tunes for whacked out worriers lifting weights in the worry gym,” where “feeling uneasy never felt so easy." Reflections flit between two pendulums as the pair wrote and recorded remotely and exchanged these dog-eared musical postcards to see each others’ responses.  Eschewing the “band in a room” aesthetic out of geographical necessity they focussed on maximising the sonic palette of each song, doing exactly what each piece demanded without thinking about who had to play each instrument. 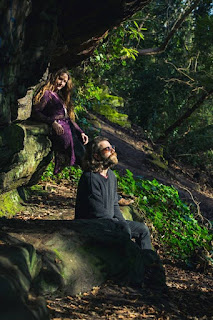 Seafoam Green’s sophomore album ‘Martin’s Garden’ was released in June to huge critical acclaim including 8/10 from Classic Rock Magazine and a glowing 4-star review from MOJO who described it as ‘a near faultless album’.

Produced by Tedeschi Trucks Band’s Tyler Greenwell, the album is a colourful melting pot of Americana, rock, folk and psychedelia with Seafoam Green’s and own musical identity, by way of their Irish & Liverpool roots, fully stamped over it. The album is available to now on CD, vinyl or download here: https://www.diggersfactory.com/vinyl/240136/seafoam-green-martins-garden

Seafoam Green’s next single from the album, is perhaps the album’s most indie-pop leaning track. Shining electric guitar chords, emotive piano and Muireann McDermott Long’s stunning vocal set out a powerful ballad as the band ponder, “What if your love is not enough?”.

On the new single, the band said, “Maggie is based around the notion that just because someone loves you, it doesn't mean you have to sacrifice your own happiness to spare their heart. It's a song about new horizons; taking control of your situation and not looking back.”

If you weren’t aware of Seafoam Green yet, now is the time to get your ears on their music. Combining the best of the old with the best of the new, they are a quality outfit, serious about continuing to make a mark on the music world. ‘Maggie’ is yet another example of the band’s top notch songwriting, superb versatility and and why ‘Martin’s Garden’ has been so highly lauded. 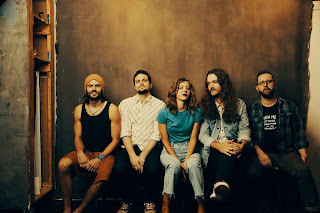 Nashville-based indie/folk group Birdtalker released their emphatic new single "Taking Control." The song is the latest peak at their forthcoming self-titled sophomore album (out October 8th via AntiFragile Music) and follow-up to their 2018 critically acclaimed debut One. With "Taking Control," Birdtalker kindly commandeer their instincts and shed their self-consciousness with driving bass, acoustic rhythms, and playful synth flourishes.

"It's a silly lil tune about codependence - moving from a place of caring more about how I am perceived to a place where I can rediscover what motivates me and what my instincts are," the band told The Boot, who featured the track. "I love how the chorus peeks out of the co-dependent headspace by starting with 'I hope you don't mind,' but finishes with 'I'm taking control of the skin I'm swimming in.' The bridge plays with timing and it feels like it reveals a bit of hesitation behind the lyrics."

"Taking Control" follows the release of the breezy duet "Tides" and "Old Sob Story," a rollicking song full of bravado and sass that Rolling Stone called "at times evoking the dramatic flair of the Decemberists' Colin Meloy, at others the bravado (and glammy tones of Marc Bolan." Lead single "Better Days" is also out now, a tranquil yet stirring song that finds the quintet reawakening and optimistically looking forward. 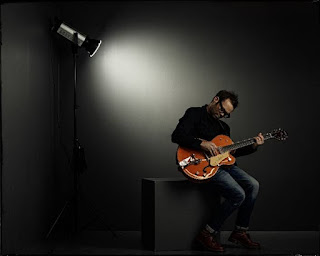 Ewan MacFarlane - Underneath Your Spell.

When Ewan MacFarlane, the charismatic former Grim Northern Social frontman and long-time member of electro maestros Apollo 440, states “Its high time I stepped out and made the music I always needed to make,” then you’d better believe it, as he boldly embraces a whole new sound.

Following debut solo single ‘Stirrin’ In The City’, which picked up BBC Radio Scotland & Amazing Radio airplay, MacFarlane returns with second single ‘Underneath Your Spell’ out 10th Sept. Both tracks are standout works from MacFarlane’s superb forthcoming full-length album ‘Always Everlong’ due out October 29th. Whilst the trademark socially insightful lyrics and biting vocals of his previous recorded output remain very much part of the DNA, it’s safe to say that stylistically speaking, MacFarlane has mellowed; for he has spent the intervening time embracing his inner melodic troubadour, en-route to an uncharted destination. Sporting more than a touch of Americana in his new material, he honours the revered rock’n’roll songbooks of his songwriting heroes Bowie, Petty, and Springsteen.

Whilst the new songs may take inspiration from some legendary songbooks though, their origin remains, very much a thing of its time. Challenging himself mid lockdown to write and upload one tune per day to Youtube, the songs mostly tell tales of tension with pledges of eternal love.

‘Underneath Your Spell’ is a classic rock belter that brilliantly expresses the euphoria that love brings being captured underneath your lover’s spell. On the track’s themes MacFarlane says, “It’s both about a lust and love for life and for each other. It’s about endless boundaries, about taking the good with the bad, the happy with the sad, the laughter and the tears, but not least it’s about kicking down the walls of constraint and living life exactly how you choose. Free to be what you want to be without judgement.”