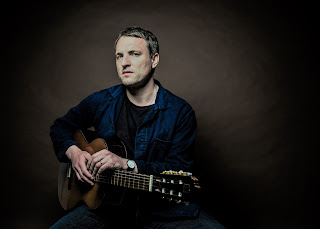 After making his mark with a string of enticing singles such as ‘A.A. Gill’, ‘2666 (Love Is On Its Way)’, and ‘You’ve Got That Look’ in recent months, fast-rising singer and songwriter Jonny Woolnough continues the support for his highly-anticipated debut album ‘Mayurqa’ with the record’s sweeping title-track.

Much like what we have heard from him so far, ‘Mayurqa’ keeps up the warm and enticing direction that we have come accustomed to from the glittering frontman. With its rich and shimmering production layered against his magnificent and distinct vocal performance, this new effort delivers a vivid and captivating atmosphere, perfectly showcasing what we can expect from his forthcoming full-length.

Jonny will also be supporting his upcoming album with an exclusive live show at Leeds’ The Hyde Park Book Club on the 17th November. Tickets for the show are available now here.

Originally written and conceived whilst living between mainland Spain and Palma De Mallorca during 2018/19, his new album ‘Mayurqa’ documents a self discovery and emotional rebuilding of sorts. Jonny took an indefinite break from making music after forming the critically acclaimed bands Tomartyrs and The Bazaars, and as touring guitarist for Finley Quaye. ‘Mayurqa’ constantly hints at its place of conception, yet draws its deft, classic beauty from Woolnoughs obvious deep pallet of influence. 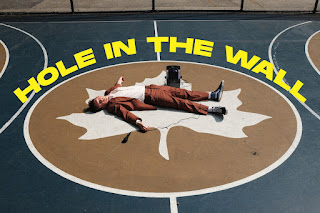 Namesake - Hole In The Wall.

Brooklyn's Namesake will release their sophomore LP Redeeming Features on October 15 via Get Better Records. Yesterday, the beachy-punk outfit released "Hole In The Wall," a tribute to DIY venues in NYC.

The video premiered at Under The Radar, which said ".“'Hole In The Wall' slows the pace down from the band’s previous single, instead steadily building from simple drum machine beats and wiry guitar lines into a heady mix of post punk grooves. Yet, the core of the track is a heartfelt tribute to special magic found in thousands of DIY venues. Namesake toasts the rundown spaces that gave them a home for years, spots where, as the band puts it, 'literally there are holes in the walls' and 'regulars got holes in their hearts.”

"I was taking classes at Hunter College in Manhattan, and I met a kid named Jeremy," says Namesake frontman Patrick Phillips. "I was new to Brooklyn, and Jeremy invited me to a place called Shea Stadium. I didn’t know what he meant, I knew he didn’t like baseball, but when I arrived on Meadow St. in an industrial area of Brooklyn, it all soon felt like home. Young kids moshing, soaked in sweat, singing along to every word, covered in makeup, completely blissed out. Shea Stadium was the first DIY venue I started hanging out at, and it led us to start our band. Here was a way to speak your truth, just scream it out into the night.

"For the past ten years, we’ve performed as well as worked at many DIY venues around NYC. The late-night aspect and instability make them difficult jobs, but ultimately, we’ve been grateful to lend labor to these spaces. Artists need spaces to be nurtured and develop, as well as find community. So to the Hole in the Wall’s everywhere, where outsiders can find their separate peace, thank you for helping people like me."