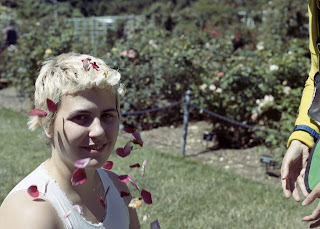 Last month, Lily Konigsberg announced her debut solo LP Lily We Need To Talk Now (which will be out October 29th on Wharf Cat).

Following her well-received EP from 2020, It's Just Like All The Clouds, (Pitchfork described it as a collection of left-field pop that sits "at the center of a Venn diagram containing haunted dolls, Arthur Russell, and Ariana Grande" in a Pitchfork Rising feature), and a compilation of her early solo recordings culled mostly from Bandcamp and Soundcloud releases entitled The Best of Lily Konigsberg.

Recorded (like the rest of the album) with producer Nate Amos, whose project Water From Your Eyes recently released their critically-acclaimed LP Structure, "Sweat Forever" departs from the album's guitar-based first single, instead showcasing Konigsberg in a more electronic environment in something closer to her pure pop mode, bringing her unique perspective and melodic sensibility to a song about a moment of transition.

"'Sweat Forever' was the first song successfully recorded for the album," Konigsberg explains. "It's mostly about the bad part of going through a huge change in your life and the confusion surrounding that. But now I'm in the good part, so there's something to celebrate. Sweat on brother!" 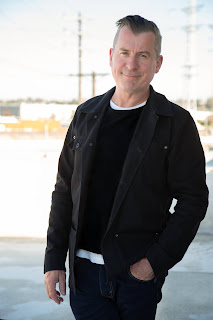 When you’ve been a professional musician for over thirty years, you can accumulate a large trunk of songs. The tucked-away tunes that Ireland-born / Los Angeles residing Bren Holmes shares on his solo debut, Everything You Never Wanted, reveal impressive singer/songwriter talents that never got fully displayed during his lengthy tenure as bassist with the Young Dubliners. While old Young Dub fans will connect with Celtic music flourishes that course through this album, they – and all listeners – also will be easily drawn into the spirited rootsy sound that fills Everything You Never Wanted, which arrives September 17, 2021 on his own Bren Holmes Productions label.

The Dublin native and long-time L.A. resident cuts across a range of genres on Everything You Never Wanted. "I don't set out to write a particular song or music," Holmes shares. "Whatever comes out, I just go with it.” Guided by a lovely lap steel guitar, the opening track, and first single, “Sweet Talkin’ Angel” leads listeners into Americana territory, while the delightful roots pop of “You Say” and “Take It All Away” suggest a roughed-up Crowded House. Holmes follows the hooky charmer “Can’t Stop Thinkin’” by taking a darker turn with the brooding rocker, “No Return,” and he mines a spare, bluesy vein - similar to the Stones’ in “Country Honk” mode - on “Love On Your Side – LC Blues.”

While Holmes states that “there’s no particular theme to the record,” he admits that this set of emotionally rich songs is “about loss and heartbreak over a long span of time." This theme might be best exemplified on “Ugly.” Featuring a duet between Holmes and former Donnas frontwoman Brett Anderson, the song ponders a “will-you-still-love-when” question in a “roller coaster ride” of a relationship. Surviving a rocky relationship also is a motif in the album’s sole cover, a catchy reworking of “S.O.S.,” which uses mandolin and guitars to remove some of the gloss from ABBA’s original. 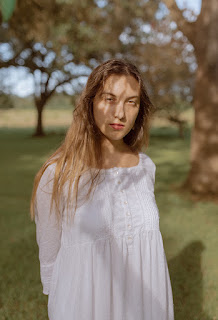 Renée says this about "Tonnerre mes chiens": "The title of this song is a colloquial phrase in Cajun French which literally translates to 'thunder my dogs' and is used similarly to 'god dammit.' The song is about listening to someone else’s anger while feeling that my own anger is going unheard. "

These songs were recorded during the same four-track album sessions as her stunning self-titled debut album, released earlier this year. That album garnered early praise from tastemakers Gorilla vs. Bear and Gold Flake Paint and a 7.7 Pitchfork review which describes her music as "full of dreamy, odd notes, and a sense of unreality shimmers around her songs."