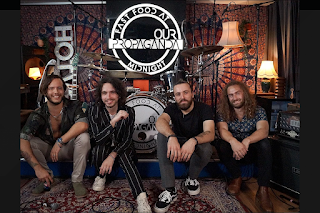 Our Propaganda - Fast Food At Midnight.

18 months in the making, and the start of British alt-rock quartet Our Propaganda's debut album 'Fast Food At Midnight' has just (September 17th) been marked by the release of their title track single and video, blending brit-rock riffs, driving beats and a crescendo of powerful vocals alongside striking live footage.

"'Fast Food At Midnight' is about knowing something is wrong but continuing to support it, about giving into urges over what you may think is right. Something we're all guilty of. We used fast food as the example but it's more a metaphor for buying into agendas even though they're morally questionable. Mass consumerism has quickly become the biggest issue in the world and this song addresses our almost cynical nature towards it.” - Jack Denton, Our Propaganda

Taking influences from the likes of Biffy Clyro, Royal Blood, Twenty One Pilots and numerous iconic British artists, Our Propaganda have since 2016 been taking their striking blend of alt-indie rock to the stage, having previously gigged over half a dozen countries across Europe and played countless shows around London, the South of England and their hometowns of Southampton and Portsmouth, including five years’ consecutive invitation to the stage of Southampton Pride.

The South Hampshire quartet also mark today’s release by taking to the stage at 2021's Isle Of Wight Festival at 6:20pm on 17th September, the River Stage, joining as a part of the long-awaited resurgence of live music across the UK. Though 2021 is coming to an end, September is just the start for Our Propaganda, who after signing a publishing deal with Peermusic, now prepare to release a series of singles and music videos leading up to their debut album release, recorded with renowned producer Steve Lyon (Depeche Mode/The Cure), and mixed by Grammy nominated recording and sound engineer Jonas Westling. 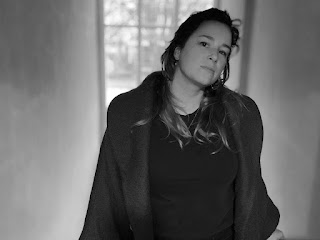 The Vancouver, B.C.-based songwriter, Ashley Shadow is sharing "Caitlin", the final advance track to be taken from her MOJO, Stereogum, Brooklyn Vegan and Beats Per Minute tipped album, Only the End which is out September 24 (CD/Digital) and October 29 (Vinyl) via Felte. The forthcoming record comes mixed by Joshua Wells (Destroyer, Lightning Dust, ex-Black Mountain) and follows her eponymous self-titled debut which found critical acclaim.

Ashley describes "Caitlin" as "a tribute song to a life lost too soon." It's a remarkably intimate yet stunning highlight from the forthcoming record, accentuated with Paul Rigby's (Neko Case) woozy pedal steel guitar and lightly picked electric guitar. The song smolders, burning gently with Shadow's mesmerizing vocal performance that nestles amongst the instrumentation.

While the songs on Only the End were conceived in contemplative solitude, Ashley invited some very capable collaborators into the studio to assist with the process of recording; alongside the aforementioned Bonnie "Prince" Billy, Shadow invited Paul Rigby (Neko Case), Joshua Wells (Black Mountain, Lightning Dust), Colin Cowan (Elastic Stars) and Ryan Beattie (Himalayan Bear). Ashley, the twin sister of Amber Webber (of Lightning Dust, co-founder of Black Mountain), has previously contributed vocals to Bonnie "Prince" Billy's album, Lie Down in the Light, Pink Mountaintop's Outside Love, The Cave Singers' Welcome Joy and more. 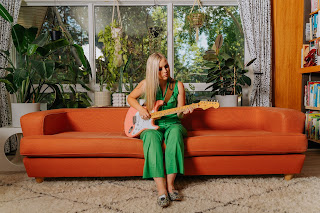 Self-care can't be left out of the equation when seeking to achieve your goals. My new song, "Care," was inspired by a period of burnout in 2019.

I spent all summer that year running around trying to get organized, and the time I was supposed to have to recharge slipped away without notice. I missed out on hanging outside and appreciating the things around me because I was too caught up anticipating the next hurdles. As such, I returned to my job in the fall with an empty battery.

When plants' needs aren't meant, they shrivel, become pathetic and wilted, and the longer they remain in that state the more difficult it is to revive them. It's not always as easy to pin-point the signs of an actual human that has been missing out on taking care of themselves.

Hopefully we can be proactive in recognizing when things are happening at a pace that can't be maintained long-term. 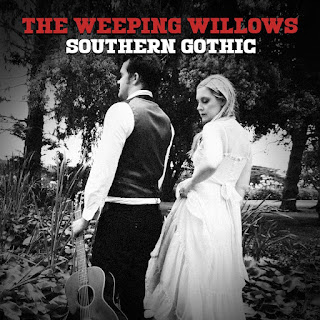 Tireless country-folk auteurs Laura Coates and Andrew Wrigglesworth have long made a study of the shadowy fold of Southern American musical tradition – a study that reached a high-water mark with the release of this year’s hauntingly beautiful Southern Gothic EP.

Lifted from that release, the pair’s latest single 'Southern Gothic' finds the celebrated vocal harmonists turning their hands to an original instrumental. 'Southern Gothic' is a brooking study in backwoods fiddle and dreadnought guitar and ripples with portentous feeling like so many live oaks shivering at the urging of a chill and keening wind.

The Weeping Willows opened the year as winners of the 2021 Golden Guitar for Instrumental of the Year. They’ve been nominated for eight CMAA Golden Guitar Awards and supported Americana greats from Lukas Nelson & Promise of the Real (USA) to Iris Dement (USA).