After delivering their highly-praised album ‘The Last Exit’ in January this year with standout reviews in NME, DIY, Uncut, The Quietus, Mojo and many more, Still Corners return with the energetic ‘Heavy Days’, along with news of a big US tour and re-scheduled European tour dates.

‘Heavy Days’ continues the band’s journey through the atmospheric side of indie-rock. With rich and soaring guitars layered effortlessly against singer Tessa Murray’s compelling vocals, Heavy Days gallops forth, riding the edge of rock-n-roll and expansive desert-noir twang.

Speaking about the new song, Tessa said, "Sometimes it all can all feel a little overwhelming, there's a lot to take in reading the news all the time. We wanted to write a reminder to put the phone down now and again, get out there and live life to the fullest while you can.”

Still Corners will be heading off on tour in 2022 throughout the US and Europe to support their recent releases. 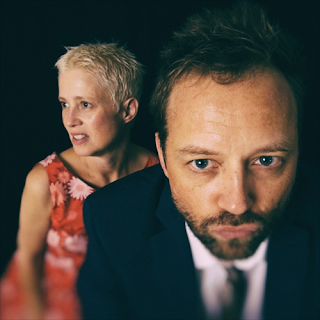 Big Little Lions continue their monthly releases with 'Didn't I' which is out Thursday, September 16th. 'Didn't I' is about the regret you might face if you've lived your life taking no chances and sticking to the rules of how you think life should go, therby missing out on the magic that happens in the accidents and unknown.

This award winning duo consists of Helen Austin and Paul Otten who, despite living thousands of miles apart, have found a way to connect and create music together. Despite being in two different countries, they have found common ground to share their message. 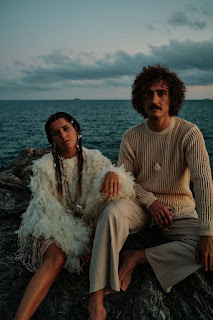 Palmaria are an Alt-Pop duo from a small town in Italy, currently residing in London. Members Giulia and Francesco have been making a name for their distinctive sound, poetically transporting listeners on a journey of dreamy landscapes and uplifting experiences. Think The xx meets Sylvan Esso, meets Little Dragon on a field trip to the Italian coast.

Their latest single “Ocean” is off of their upcoming EP, Crystallize. Co-written and produced with B-CROMA (Yendry, Fia Moon), the single stays true to their sound of delicate, hypnotizing vocals with a mix of organic sounds and utopian guitars. Taking sonic inspiration from the drums on James Blakes’ “You’re Too Precious”, the duo re-interpreted the sound through Francesco’s classical guitar.

The song is inspired by the legend of Colapesce, the magical story of a man that sacrifices his life on earth, turning into a fish to save his island, but also highlights the problem of the pollution of the ocean. “Ocean” is a call for help. The duo confides, “We wanted to give voice to our frustration; it’s been hurtful to see what is happening, especially growing up in a town almost surrounded by the sea. The ocean has always been such an important element in our lives, inspiring and healing us every time we were in need, so it’s now our turn, we have to protect it.” 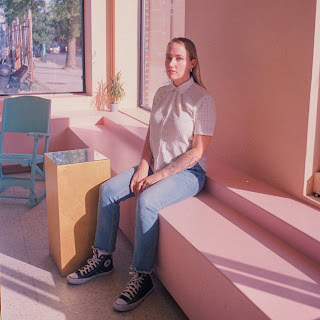 Ellyn Woods is a multi-disciplinary artist currently based in Montréal. In addition to being a singer and songwriter, Ellyn has a degree in Fine Arts from Concordia and a passion for illustration and tattooing. Her art and music are a direct reflection of her love for nature and all things organic.

Ellyn received her first electric guitar when she was 12. She began learning her favorite songs by artists like Feist and Angus & Julia Stone, building her familiarity with the instrument and developing her own song-writing skills.
At age 18, she moved to Toronto. Immersing herself in the city’s diverse music and art scenes, Ellyn began sharing her original material and honing her craft as a performer and artist. Her raw and vulnerable material connected with audiences and fellow artists alike. Her ability to effortlessly weave her personal experiences into her music, combined with her soft voice and songwriting instincts, lead to several collaborative projects and showcases.

In 2015, Ellyn began receiving widespread attention and acclaim for her collaborations with Montréal electronic duo Sterling Grove. The artists released three singles – “Sound of Home,” “La Vigie,” & “In the Backyard” – which have generated nearly 2 million streams. In 2019, Ellyn and Sterling Grove travelled to northern Québec to record an album. Their efforts yielded Cabin Days, a collaborative EP released June 25, 2021.

In addition to Cabin Days, Ellyn plans to release her debut solo album, All At Once, on August 13, 2021. The LP follows its lead single “Tangerine,” which gained airplay on Sportsnet’s live broadcast of the Stanley Cup Finals, CBC’s q with Tom Power, and several official Spotify playlists. Teaming up with producer/songwriter Kyle MacDougall, Ellyn weaves a colorful sonic landscape, incorporating a vast array of genres including electronic dance, indie pop, alternative rock, and R&B. Ellyn explores the complexities of love and spirituality overtop MacDougall’s brimming beats, yielding a fresh soundtrack for all your summer activities. Fans of Jungle, Men I Trust, The xx, and The Marias are sure to gravitate towards the breezy stylings of Ellyn Woods, as she effortlessly channels multiple genres and palettes all at once. 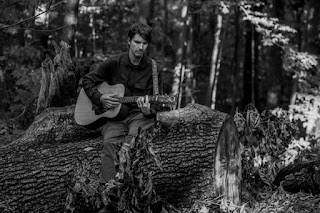 Mike Etten is a songwriter, composer, and multi-instrumentalist based in New York City. One of the founders of the Brooklyn DIY venue and collective Le Wallet, Etten recorded and played in various experimental, chamber, punk and country projects throughout the last decade, including PC Worship, Ashcan Orchestra and Dougie Poole.

Some words directly from Mike himself: "Saints was written early one morning in a bit of a blur, strumming a chord progression in 3/4 time and singing a melody and words that wrote themselves pretty quickly. I built up the arrangement around the guitar and vocal, first adding drums and then synths that play a weaving counter line. Francesca Caruso added a vocal harmony and Adam Markiewicz (LEYA) layered a violin part based on a melody I sang to him, recorded at his home studio in Ridgewood. The bridge goes into a more ecstatic heavy waltz, it comes back around for a final verse, and feels like by the end of this one I’ve communed a little with myself, people from my past, and maybe a spirit or two from some other life." 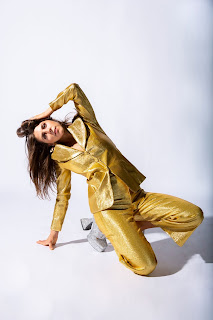 Jillette Johnson released a new single “Daddy Dopamine” as she embarks on her first national tour in support of her critically acclaimed new album It’s A Beautiful Day And I Love You. The song was co-written and produced by Joe Pisapia, who produced her last album, and marks the first time Jillette has released a collaborative single. The tour with Houndmouth kicks off tomorrow in Oxford, MS and will make stops in Boston, MA, Washington, DC, and more. Find a full list of tour dates below or at her website.

“I wanted to create a spacious sonic landscape where my voice could just be, without having to really ‘perform,’” explains Johnson. It’s about the hamster wheel of dopamine addiction. We all chase highs to fill voids and soothe ourselves to make up for what we’re really after, which is human connection.”

“Speaking of connection, I’m so excited to be putting this song out right as my band and I hit the road with Houndmouth, who I happen to be a big nerdy fan of. I put my third album out in February, and it was such a weird feeling to not be able to play those songs in front of people. Making records to me is all about communication, and I can’t wait to give this body of work the opportunity to be more of a conversation than just a statement. Also, Houndmouth rules, and I’m honored to open for them. Gonna be a blast.”