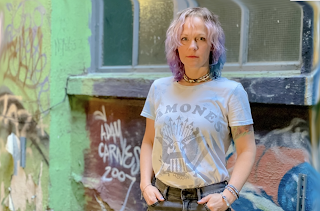 Elyza Bleau's newest single, “Apparition,” is taken from part of her upcoming EP, Haunted. The song is a very personal one for her that will entice you with every listen.

Echoing the vibes of U2, but with more edge, her music is about her family’s legacy and more broadly about one’s own legacy not being able to be who you want to be due to your family's expectations or ideas of who you should be.

“I was really inspired by this need to trace our heritage in the zeitgeist and the expectations that families and cultures can have around people falling in line with it, even if your path is very different,” says Elyza. It’s about not fitting a mold that fits your ancestry and the hurdles that come with that."

Elyza was basically in a personal lockdown before March of 2020. She had moved away from the city into a bungalow on the beach and was working 2 full-time jobs. That fierce independence led Elyza to show up to her guitar every day in January. After 4 years of struggling to write, she wrote 21 songs in 30 days. Planning  to make an EP she had spent the last month and a half choosing the best ones to craft. And then…all hell broke loose on earth. 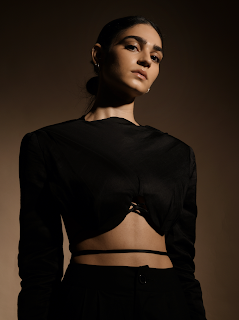 Every artist strives his/her best for their audience to get to know them better. The intention of every musician is to share their lives and personalities through music and Kavya Trehan shares the very same intention. A couple of years in the making, she is finally set to release her debut 4 track EP starting with the single 'Affection' that sees the light of day on October 8th. This single is backed by a solid team with support from visual artists Khyati Trehan and Sanchit Sawaria, Anhad Khanna on production duties, and Pranay Parti on synths.

Imagine a world without affection. Validation is something we all seek externally and often we base a lot of who we are on what we receive from others. But the pandemic brought about so many changes and taught KAVYA to honour and treasure the relationships and things in life that truly gave her the affection she sought for. It helped her filter through people, scenarios, experiences, interests and understand what makes her thrive. This time in isolation helped her understand her purpose, who are the people she would vouch for and vice versa. At the end of the day, we all need action to carry out the drama of life.

"This track is one of the most intimate pieces I've written so far. I think it took many years of unlearning to be so candid." - KAVYA

KAVYA (Kavya Trehan) is a 27-year-old singer-songwriter from New Delhi, India who’s been performing since the age of 14. Over the course of time, she’s collaborated with some of the leading producers in India and toured with her band, MOSKO. Her solo project is a celebration of raw emotion and her roots, where all songs have been developed from guitar parts and trusty voice notes. In order to constantly evolve as an artist, in 2016 she started writing music using Ableton. Since then, she is on a relentless spree of releasing her own material that has more of an R&B, electronic, and indie-pop feel. 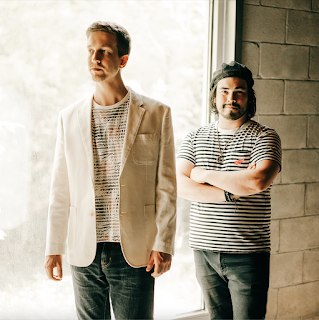 CODA FACTO are a rock band from Hamilton, Canada founded by Alexander DeRoo and Jonathan Harley. CODA FACTO fuse melodic Brit-Rock and Americana with modern vocals and lyrical stories. Alex and Jon began gigging in 2010 after meeting as classmates at Hamilton’s McMaster University. In 2016, they formed the band ALEXR with Adam Rogerson (guitar), Mark Korczynski (bass) and Luke Ormond (drums).

They caught the attention of Glen Marshall and the late Bob Lanois at The Mule Spinner, a local venue in The Cotton Factory creative hub. The band would often rehearse, perform and record early tracks there gaining seasoned insights from both producers.

In 2018, the band was joined by Kaitie Allinger (vocals) and renamed STRATHCONA after the city’s west downtown neighbourhood. The band performed regularly at local music venues; including The Casbah, the former This Ain’t Hollywood, and The Mule Spinner. They recorded “Rock ‘N’ Roll Sounds” and “Hidden Treasure” with the artful guidance of producer Carl Jennings of Westmoreland Recording Studio.

Early 2019 saw the group disband as several members chose to pursue other interests. Alex and Jon continued arranging and recording with Jennings for a debut EP as the band, CODA FACTO. The name represents the coda of Alex and Jon’s music journey– every song’s beginning has an inevitable end bringing new beginnings. And, the fact friendship remains constant throughout their journey– CODA FACTO.