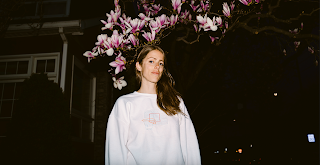 “I think a lot of my writing is me finding my voice. I’ve always been inspired by beauty and beauty in music, and that’s inspired me to create. My challenge was always finding my voice and feeling like I had something worthwhile to say.” explains SHEAL, Toronto-based singer-songwriter and multi-instrumentalist.

No doubt has SHEAL found something worth saying with her sophomore LP, Courage Again. Writing the album over the span of several years with the constraints of being a mother and teacher, and recording most of it at eight-and-a-half months pregnant with her second child, Courage Again is deeply reflective of love, fear, and motherhood.

Introduced with an aching arrangement of strings and piano on “Gravity,” the LP’s opening line, “We are the same, and we come from the same place, baby,” is a call of gentle empathy and strength; a thread found throughout the album. “Courage Again is about how love makes your inner and outer world expand and how fear makes your inner and outer world contract,” says SHEAL. “It’s about my experience and learnings around pushing through fear rather than running away from it, hence the title of the album.”

Organic, expansive, and at times weightless in sound, SHEAL teamed up with producer Matthew Johnston in his London, Ontario studio to record the album. Capturing a lot of first takes and scratch vocals with SHEAL playing most of the instruments throughout, Courage Again carries an inimitable experience of authenticity and intimacy both sonically and lyrically.

With roots in a musical household in Halifax, Nova Scotia, SHEAL picked up piano, guitar, and violin as a child, and found her call to songwriting at age seventeen. She started committing more to her craft throughout her twenties, writing alongside friends and musicians on the East Coast. After moving to Toronto, she finally debuted with her 2016 EP, Courage, under her full name, Sheilagh McNab. The aptly-titled debut was a brave entrance into the local scene, performing her own material for the first time after joining talented friends for years as an accompanying musician and singer. SHEAL looks forward to the release of her sophomore album, Courage Again, in January 2022. 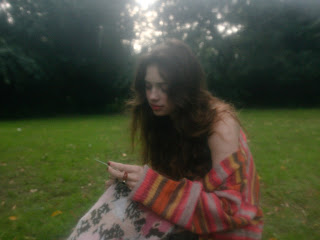 House of Cards was written from the realisation that my old self beliefs were built on a foundation that required external validation. It’s a moment in time where I blindly followed the beliefs of others rather than my own. The chorus is the moment when the glass shatters and what you thought to be true falls apart. I remember going into the studio that day with no concept in mind just an overwhelming feeling of emotions that I could only translate into a metaphor as fragile as a house of cards.

Sophia Alexa is a singer-songwriter with an intriguing background; born to German and American parents in California, she was raised in Amsterdam and has been based in London for over 10 years. Moving schools and cities a number of times, she often found herself feeling like an outsider and music was the one constant she could cling to. Growing up, Sophia developed an enduring love for classic singers like Joni Mitchell, Carole King, Stevie Nicks and Neil Young who have all influenced her style, mixing folk-inspired pop music with an electronic edge and her soulful voice as the focus.