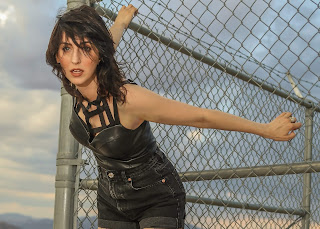 Pop artist Nadia Vaeh has just released her newest single, “Snake Lady,” which tells the story of a femme fatale that influenced and pushed her further in her journey of self-discovery. For the release of the single, Nadia Vaeh teamed up with The Love Yourself Project, a non-profit arts and education organization that provides community programs that promote self-awareness, self-acceptance, self-esteem, and skill-building.

Nadia Vaeh describes the “snake lady,” the antagonist in the single, as “a girl with a darkly magnetic aura. She had a charm to her...a snakey charm and I was instantly enamored and stricken.” Based on a real experience, Vaeh tells the story of her run-in with a temptress. “I was in a very vulnerable place in my life, and she exploited that. Despite all of this, she did give me something in return as I was now able to explore more of my sexuality and was pushed even further and deeper into my journey as an artist and back into my skin.”

As a long-time advocate for self-empowerment, Vaeh often encourages and shares her journey of self-discovery with fans. This new single, “Snake Lady,” takes us further down Vaeh’s journey. With a vivid beat and catchy melody, this song elevates listeners’ mood and quickly takes them into the story of a tempting mistress. The upbeat and danceable pop track was written by Nadia Vaeh and Daena Rogers, produced by Andrew Gomez and Tyler Spratt, and mixed and mastered by Tyler Spratt. 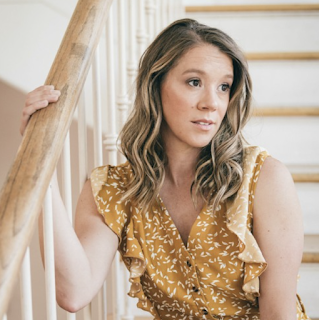 Alicia Stockman is a Utah-based folk-meets-Americana singer-songwriter whose music pulls back the veil to reveal everyday vulnerability. Her songs are written like intimate moments, drawing listeners into a relatable emotional journey.

At a young age, Alicia Stockman began her deep love for music, compelled by the vivid storytelling of powerhouse songwriters including Patty Griffin, Brandi Carlile and Jewel.  After performing in a loud rock n’ roll band playing bars with sticky floors and belting out Stevie Wonder tunes, Alicia began writing her own music more seriously.  Realizing her new songs didn’t have a place in a loud bar with a party atmosphere, she branched out and started playing more intimate venues, quickly finding her home in the folk and Americana scene. Her whisky-dipped soulful vocals and creative takes on day-to-day realities soon sparked the interest of “Nashville’s Americana Queen” Mary Bragg who began collaborating with Alicia on her new album.

Her upcoming debut 10-track full-length album is entitled These Four Walls and is a collection of  "songs to make you feel and feel seen." The album says, “I see you. I've been there. I understand.” Written over a three year period, These Four Walls is a luminous roots release infused with gritty blues rock guitar licks and attention worthy melodies.

The first track on the album, “Stay Between The Lines,” was written during a long drive home from New Mexico and the highway inspired single discusses how we all can sometimes “dance between right and wrong and personal limits and boundaries to keep life interesting.” The reverb drenched guitar and wild west twang make “Stay Between The Lines” an alluring listen.

In the album’s title track, “These Four Walls,” Alicia hopes to destigmatize the conversation on mental health. She confides, “I wrote ‘These Four Walls’ to help me process a former relationship in which my partner had severe depression/anxiety disorder. This song was my way of unpacking all that and finding a way back to myself.” The song features a stripped-down melody with dreamy, tender lyrics that showcase her vulnerability as an artist.